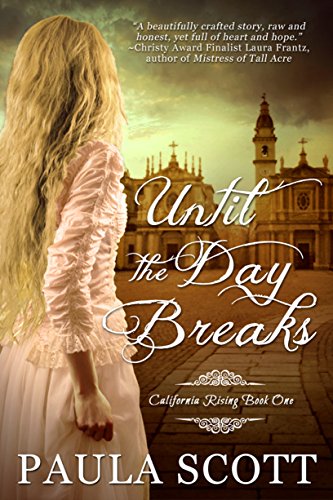 A young woman finds her loyalties tested beyond limit and her desires torn beyond measure in 1846 California.

After sailing around Cape Horn, and barely surviving the perilous journey, devout Protestant Rachel Tyler, arrives in California just in time for her father’s wedding and the unfolding of the Bear Flag Revolt. Though already engaged to marry a minister in Massachusetts, Rachel’s ambitious father arranges her betrothal to Roman Vasquez, a blue-blooded Catholic son of the gente de razón, the ruling class of California.

Roman, a proud, Spanish soldier is ready to fight and die for his homeland. As the Yankee rebels raise their bear flag in Sonoma square, the last thing Roman wants is an arranged marriage to the American daughter of his enemy Joshua Tyler. But his Uncle Pedro, the Patrón of the family, has other plans.

Neither Rachel nor Roman desire this unlikely engagement that assaults their religious beliefs, but they cannot escape the passion flaming between them as war looms on the horizon and bitter rivals rise up to destroy them amid the breathtaking backdrop of the last days of the Californios.

Until the Day Breaks is the first book in the sweeping saga of California Rising, a tale of love, intrigue, and destiny, where passionate men and women lay the foundation of the Golden State with their very lives. 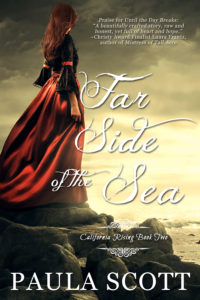 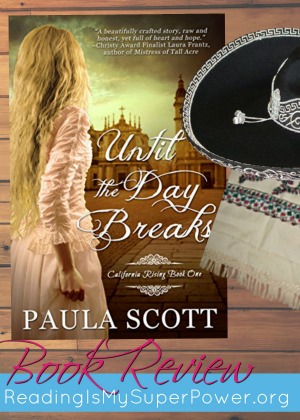 Until the Day Breaks, the first book in Paula Scott’s California Rising series is full of passionate characters, honest faith, and fascinating history. It’s beautifully penned, allowing the settings and people to come alive as you read, drawing a range of soul-deep emotion from you as well.

Rachel, our heroine, is pure of heart and faith but is yanked away from her comfort zone – where others look like her and talk like her and believe like her – and is forced to reunite with her father, a man of few ethics or morals and little regard for his daughter’s wellbeing.  Nearly everyone she encounters in California tests her commitment to God, from her authentically evil stepmother to Roman, the man her father arranges for her to marry.

Roman is fiery and passionate … and he is ruled by those passions in nearly every area of his life. But Rachel confuses him. He’s not sure what to make of her or her faith.  And to be honest? Roman isn’t the greatest hero material in the beginning …. or the middle … of this book. He’s angry. He’s seductive. He’s arrogant.

And that’s one of the things I love most about Until the Day Breaks. These are real, raw characters. Dealing with real, raw life. It’s clear that Roman doesn’t follow Jesus; he doesn’t live by God’s standards because he doesn’t really know God. Yet. Because you see, there’s a third character that bears considering in this novel. And that is Steven, the man Rachel had always planned to marry. He is everything Roman is not (and vice versa), and while Rachel is flustered and somewhat intimidated by Roman’s passion (especially when it’s directed at seducing her) Steven filters Roman and his betrothal to Rachel through the lens of God’s Word. The exquisite poignancy that Steven brings to the story – and the impact he has on their lives – is not to be missed.

Bottom Line: A tumultuous time in California’s history coupled with religious tensions and romantic passions make Until the Day Breaks a very rich read. Paula Scott has done a remarkable job of taking those deep swirls of volatile emotions present in so many stories found in Scriptures and transferring them to a tale that goes beyond a simple love story. It’s tastefully shocking in parts but it’s brimming with mercy, grace, and sacrificial love. I loved the faith struggles for their authenticity and the faith victories for their surge of hope. I’m looking forward to more from Paula Scott!


KissingBook Level: 4 / Best read this on a fainting couch.

Until the Day Breaks is FREE for a limited time . Grab it while it’s on sale! 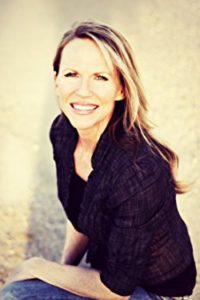 Paula began her writing career as a civilian contracted to write for the United States Air Force’s newspaper and magazines. Later, she wrote feature stories for a daily California newspaper. A fifth generation Californian, Paula’s great great grandmother came to California in a covered wagon and married a California farmer. Paula’s family has been farming ever since. Paula works on her family’s farm, writes historical fiction, and blogs about life, love, and farming at psbicknell.com.

Paula is giving away a signed paperback copy of the second book in this series – Far Side of the Sea – to one of my readers. Comment on this post and then head over to my interview with Paula to claim 5 extra entries! 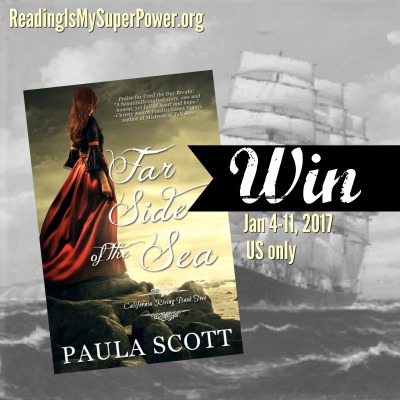 What about you? What interests you most about Until the Day Breaks?

68 responses to “Book Review (and a Giveaway): Until the Day Breaks by Paula Scott”