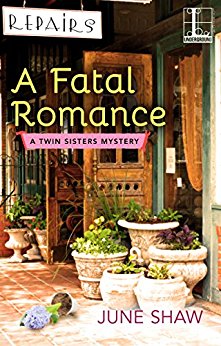 Fixing up homes can be tricky.
Finding true love can be even trickier.
But finding a killer can be plain old deadly . . .

Twin sister divorcees Sunny Taylor and Eve Vaughn have had their fill of both heartaches and headaches. So when they settle down in the small Louisiana town of Sugar Ledge and open a remodeling and repair company, they think they’ve finally found some peace—even though Eve is still open for romance while Sunny considers her own heart out-of-business.

Then their newest customer ends up face-down in a pond, and his widow is found dead soon after. Unfortunately, Sunny was witnessed having an unpleasant moment with the distraught woman, and suspicion falls on the twins. And when an attempt is made on Eve’s life, they find themselves pulled into a murder mystery neither knows how to navigate.

With a town of prying eyes on them, and an unknown culprit out to stop them, Sunny and Eve will have to depend on each other like never before if they’re going to clip a killer in the bud.

A Fatal Romance has the market on quirky characters for a cozy mystery. In fact, to properly review this book, I really need to separate it into two parts: the mystery/story and the characters.


The mystery is nicely constructed and starts us off right in the middle of things with a funeral gone wrong. The action isn’t edge-of-your-seat per se but it stays steady throughout, something new always around the corner to keep interest high. One crime turns into two turns into three turns into … etc. And before you know it, you’re not sure exactly how many separate cases you’re trying to solve along with the sisters. Umm.. and the police. Of course.

The characters in A Fatal Romance are a conglomeration of sassy and sweet, of quirky and endearing. I actually liked some of the secondary characters (the nursing home ladies!!) more than the two main characters, Eve and Sunny.  Both twins suffered a traumatic family death when they were children, and both clearly could have benefited from counseling, though they processed this grief and PTSD in very different ways. Eve turns to men. Sunny turns to anxiety. Both react in the extreme in either case, and neither have a nearly-40-year-old’s handle on their emotions. While I can certainly understand the source of their acting out, as characters in a novel it got a bit old especially as the mystery really began to take off.

Bottom Line: A Fatal Romance by June Shaw is full of unique characters and a well-played mystery. With a little bit of romance, a dash or two of humor, and a reminder of the bond of sisters, this novel beckons you to settle in for a cozy winter’s read. While I’m not a fan of either protagonist, I’m still curious to see how future books in the series play out. 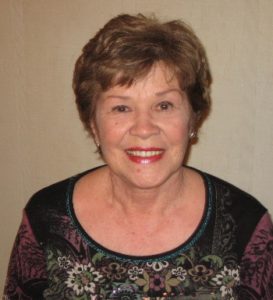 From the bayou country of South Louisiana, June Shaw previously sold a series of humorous mysteries to Five Star, Harlequin, and Untreed Reads. Publishers Weekly praised her debut, Relative Danger, which became a finalist for the David Award for Best Mystery of the Year. A hybrid author who has published other works, she has represented her state on the board of Mystery Writers of America’s Southwest Chapter for many years and continued to serve as the Published Author Liaison for Romance Writers of America’s Southern Louisiana chapter. She gains inspiration for her work from her faith, family, and friends, including the many readers who urge her on.

3 responses to “Book Review (and a Giveaway!): A Fatal Romance by June Shaw”