I enjoyed getting to meet today’s guest at last year’s Christian Fiction Readers Retreat, and I’m excited to chat with her today! 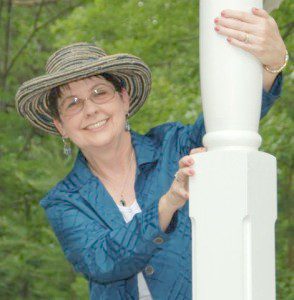 Marie Wells Coutu’s newest novel, The Secret Heart, releases Feb 21, 2017, from Write Integrity Press. Loosely based on the lives of Bathsheba and David, The Secret Heart is the third book in the Mended Vessels series. Books in the series are contemporary re-imaginings of the stories of biblical women, including Queen Esther and the woman at the well.

Her debut novel, For Such a Moment, won the Books of Hope Contest. Thirsting for More, the second book in the series was a finalist in the 2016 Selah Awards Contest and a semi-finalist in the Royal Palm Literary Awards sponsored by Florida Writers Association. An unpublished historical novel has also placed in four contests.

Marie began making up stories soon after she learned to talk. At age seven, she convinced neighborhood kids to perform a play she had written. After a career writing for newspapers, magazines, state and local governments, and the Billy Graham Evangelistic Association, she returned to her first love—writing fiction—at the age of fifty-five.

She and her husband now divide their time between Florida and Iowa. You can find more about Marie and her novels on her Facebook page (Author Marie Wells Coutu), at her website (MarieWellsCoutu.com), or follow her on Twitter (@mwcoutu) or on  Amazon.com. 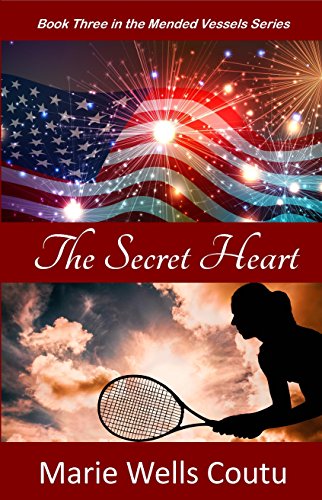 Truth is messy. But will their shared secret destroy his political career—or sabotage their marriage?

After a whirlwind romance, beautiful Shawna Moore marries Hunter Wilson, the governor of Tennessee. Now, she wonders if the governor ever loved her or only hoped to avoid a scandal.

In this modern re-imagining of the biblical story of Bathsheba and King David, an investigative reporter is asking questions—the wedding took place only six weeks following the death of Shawna’s first husband in Iraq. If he discovers the truth about Shawna’s baby, Hunter’s chances for reelection, as well as Shawna’s reputation, will be ruined.

But keeping their secret is destroying their marriage.

Will Hunter’s choice mean the end of his political career or his family?

The Secret Heart for Kindle is available for pre-order now at a reduced price, and a prequel novelette of the heroine’s journal called The Divided Heart is available free for orders placed through Feb. 20. To find out how to get the bonus prequel, visit mariewellscoutu.com/books/the-secret-heart.

Hi Marie! I’m so honored to be chatting with you today! I start all of my guests out with a fast four:

Marie: Oranges (if someone else peels them!) I love the sweet, tangy taste, AND we have orange trees in our backyard when we’re in Florida.

Carrie: Oranges are getting lots of love on this question lately!

Marie: Summer. I don’t like being cold. And we’re closer to our grandchildren in the summer.


Carrie: My answer would be the exact opposite – Winter. Because I don’t like being hot. LOL.

Carrie: Dogs are the best! 😀

Marie: Neither. I never learned to like either one! Diet Dr. Pepper or hot chocolate for me, thanks.


Carrie: Yay! Me either! Diet coke or hot chocolate for me, too! Or hot apple cider. Yum.

Marie: Is eating chocolate a superpower? LOL. But seriously, I guess I’d have to say—based on what readers have told me—the ability to create a scene that make readers feel like they are actually in that place I’m writing about.


Carrie: I think eating chocolate totally counts LOL! And the scene-creating superpower is a terrific one to have!

Marie: Magazines, to look for writing magazines, then to Christian fiction.

Carrie: Oh, interesting! I never think to go look at the magazines!

Marie: I can think of two that might seem odd: use of metal rods to repair shattered leg bones (for the reporter Nate in The Secret Heart) and how to make moonshine (for a historical I’m working on).


Carrie: Sooooo… now I want to know. Have you TRIED making moonshine yet? 😀


Why do you think story is so effective in teaching truth?


Marie: Through story, readers can put themselves into the characters’ situations. When you identify with a character, you can apply the things he or she is learning to your own life, and that can cause a heart-change. Sometimes the truth sneaks up on you, as it did when Nathan confronted David by telling him a story. And Jesus showed the power of story many times.


The Secret Heart is a modern reimagining of the Biblical story of David and Bathsheba. What new insights into that familiar story did you gain while writing it from a modern-day point of view?


Marie: Our first thought about that story relates to the sin of adultery and God’s forgiveness, but as I wrote the story in today’s setting, I realized that trying to hide the truth affected David and Bathsheba even more than the original act of adultery.


Carrie: We don’t usually focus on the deceit – but on the adultery, you’re right.


What do you most want readers to take away from The Secret Heart?

Marie: Sometimes even after we repent of a sin, we try to cover up our failure and pretend everything is fine. That can affect our attitude, destroy trust in our relationships, and steal our confidence. But when we are willing to be vulnerable, God will restore our peace and our relationships, especially our relationship with Him.


Marie, thank you so much for taking time to talk with me! 🙂 Before we say goodbye for today, tell us what‘s coming up next for you.

Marie: I’m working on the first in a historical series set in an area of western Kentucky near where I grew up called “Between the Rivers.” The first book about a moonshiner’s daughter and a preacher’s son has already placed in several contests for unpublished books, and I’m currently polishing it to prepare it for submission.


Carrie: Yay! So excited about the Kentucky series 😀


What about you? What’s a favorite Biblical story you would like to read as a modern retelling?

22 responses to “Author Interview (and a Giveaway!): Marie Wells Coutu”