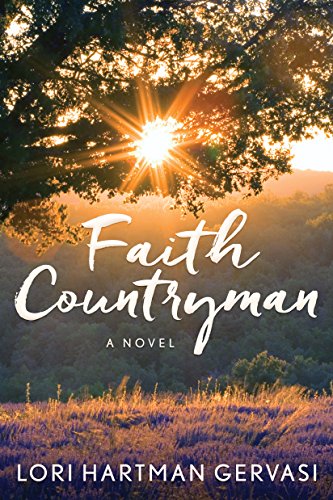 There’s something different about Faith Countryman. It’s not just her beauty, quick wit, or quirky sense of humor either. It’s that she’s divinely inspired.

Born under a crashing rainstorm on a ranch in central California, Faith discovers her gift of healing as a young girl. But poor judgment causes her to run away with her boyfriend to Los Angeles. It seems like the biggest mistake of her life until a surprising turn of events leads her to a place she’s never heard of—a Victorian house in Cross Creek.

When Faith arrives, she steps into her destiny, sharing her gift with love and a confident spirit. As she meets the town’s colorful characters—a handsome, heartbroken rancher among them—it’s clear she’s been brought here for a reason: to heal this community and to help them believe. The summer heats up. Testimonies are given. Change is underway, and plans begin for an old-fashioned tent revival.

Then a warm summer rain falls, bringing temptation and Faith’s deepest fears. Will she be able to trust in God’s love once again and heal the people of Cross Creek—and herself? 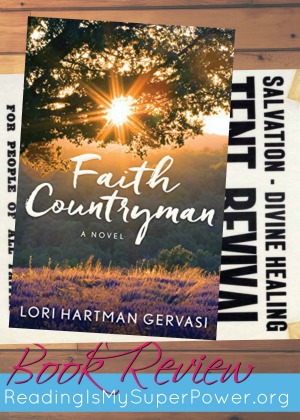 Faith Countryman is one of those books that you can’t put down once you start reading. The characters are fascinating and so is the plot. But the writing style is also extremely engaging, the kind of narrative voice that makes you want to curl up in a favorite reading chair with a hot beverage of choice and read from start to finish.

Faith Countryman, the protagonist, is this delightfully quirky bundle of faith who barrels into your heart with equal parts sass and sweetness. As the novel’s narrator, she utilizes marvelous phrases like “…extra money at our house was tighter than a gnat’s butt crack” and although the novel’s setting is in California I “heard” Faith’s voice in my head with a bit of a southern accent. It didn’t seem out of place in the least.

Faith, the subject matter, is handled in much the same manner as Faith, the main character. A little quirky, sweetly assertive, and unbothered whether you buy into it or not. Faith – the theme and the woman – are just there, to be accepted … or rejected … either way. Yet, at the same time, you can’t help but just soak it all in and hang on every well-crafted word. One reviewer said on Goodreads that Faith Countryman “takes preachy, rolls it out, fills it with cinnamon sugar and buttery love and bakes it into something completely palatable and life changing.” Yes. That. Exactly that.

Bottom Line: Faith Countryman by Lori Hartman Gervasi is a blend of inspiration and grit, framed against a backdrop of sincerity with characters you can’t help but fall in love with. There’s even a romance thread in the last half of the book that will make you hold your breath in “how is this going to play out” agony. (I use ‘agony’ here in the best sense of the word lol) It will make you laugh, smile, cry, and even swoon a little. The gospel is clear and seamlessly woven throughout the story, and your faith (be it little or large) will be encouraged. 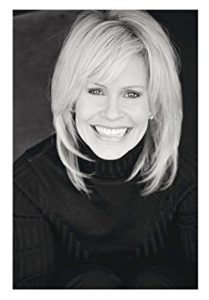 Lori Hartman Gervasi was born in Burbank, California. She is a graduate of the University of California at Los Angeles where she majored in Television and Film. Lori worked on-air and behind the scenes as a television journalist in Los Angeles for ten years. Faith Countryman is her first novel. Lori is also a black belt in Karate and the author of the non-fiction book Fight Like a Girl…and Win: Defense Decisions for Women. She appeared on NBC Television’s Weekend TODAY show and was interviewed for an article in The New York Times.

Other Books by Lori Hartman Gervasi 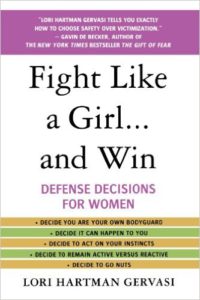 What about you? Have you ever been to a tent revival meeting?