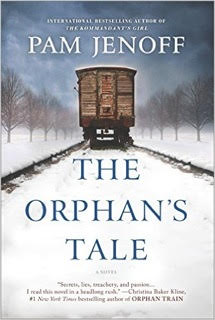 A powerful novel of friendship set in a traveling circus during World War II, The Orphan’s Tale introduces two extraordinary women and their harrowing stories of sacrifice and survival

Sixteen-year-old Noa has been cast out in disgrace after becoming pregnant by a Nazi soldier and being forced to give up her baby. She lives above a small rail station, which she cleans in order to earn her keep… When Noa discovers a boxcar containing dozens of Jewish infants bound for a concentration camp, she is reminded of the child that was taken from her. And in a moment that will change the course of her life, she snatches one of the babies and flees into the snowy night.

Noa finds refuge with a German circus, but she must learn the flying trapeze act so she can blend in undetected, spurning the resentment of the lead aerialist, Astrid. At first rivals, Noa and Astrid soon forge a powerful bond. But as the facade that protects them proves increasingly tenuous, Noa and Astrid must decide whether their friendship is enough to save one another—or if the secrets that burn between them will destroy everything.

What others are saying:

“I read this novel in a headlong rush, transported by the relationship between two vastly different women during World War II: a Jewish circus aerialist and a teenage runaway with a baby. Deftly juggling secrets, lies, treachery, and passion, Pam Jenoff vividly brings to life the agonizing choices and life-or-death consequences for a hardy band of travelers under Nazi occupation.”—Christina Baker Kline, New York Times bestselling author of Orphan Train

“Readers who enjoyed Kristin Hannah’s The Nightingale and Sara Gruen’s Water for Elephants will embrace this novel.”—Library Journal

“In prose that is beautiful, ethereal, and poignant, The Orphan’s Tale is a novel you won’t be able to put down.”—Bustle

“A gripping story about the power of friendship to save and redeem even in the darkest of circumstances, The Orphan’s Tale sheds light on one of the most colorful and inspiring stories of heroism in Nazi Germany. This is a book not to be missed.”—Melanie Benjamin, New York Times bestselling author of The Swans of Fifth Avenue and The Aviator’s Wife

“Jenoff expertly performs a pirouetting tale worthy of a standing ovation. A circus of hidden Jews, a powerful friendship, The Orphan’s Tale proves that the human spirit defies hate, fear, and gravity with a triumphant ta-da!”—Sarah McCoy, New York Times bestselling author of The Mapmaker’s Children

“We cannot change who we are. Sooner or later we will all have to face ourselves.”

I’m still thinking about The Orphan’s Tale. Its characters, its poignancy, its message for us today. Certain scenes are branded on my heart, not to be easily dismissed just because I’ve moved on to another book. This is a snapshot at a period of history that never fails to capture both my interest and my emotions, and let me tell you … ALL the feels are engaged in this read.

And I’m actually eager to go back and re-read it when I have time because The Orphan’s Tale is a story that can be viewed from several different angles… much like the circus it depicts. There’s the grandstand view – where you see the broader picture and sort-of take in everything at once. There’s the performer-in-the-wings view, the perspective that sees every nitty-gritty detail up close and personal. Lastly, there’s the aerialist’s view from high atop the ladder. This is the view I want to use as I re-read … to look down on the story from above, already knowing the end so I can best appreciate all the subtle details that the author wove throughout the pages.

The Orphan’s Tale can also be interpreted in different ways. Is it Noa’s story? Astrid’s? Theo’s? All of the above? I think in many ways, it does belong to each of them. And that makes it all the more layered and heartfelt… all the more poignant and sincere. It is a story of history – a vile time in history, where babies were stolen from their families and piled in a train car and left to the elements in their own filth. Where Nazi-soldier husbands were forced to divorce Jewish wives. Where having an opinion or, worse, an “unacceptable” heritage could endanger you and everyone you care about. But it is also a story of great friendship and great sacrifice. Of trust. Of leaping – figuratively and literally – despite the terror of the fall. Of holding a friend’s life in your hands and having mere seconds to decide what to do.

Bottom Line: The Orphan’s Tale by Pam Jenoff is a story of two strong women, the men they love, and a little baby who needs a home. It is powerful and inspiring, deeply moving, and beautifully constructed. The first person narrative switches between Astrid and Noa but is always well-defined and easy to follow. These characters will fly through the air with the greatest of ease… straight into your heart!


(I voluntarily reviewed a complimentary copy of this book which I received via TLC Book Tours. All views expressed are only my honest opinion.)


Reviewer’s Note: Readers may want to be aware that there is some foul language and some scenes of an intimate nature (though these are tastefully done and not graphic) 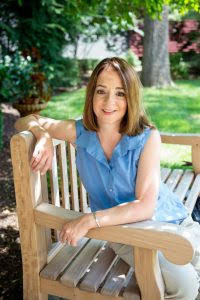 Pam Jenoff is the author of several novels, including the international bestseller The Kommandant’s Girl, which also earned her a Quill Award nomination. Pam lives with her husband and three children near Philadelphia where, in addition to writing, she teaches law school.


Other Books by Pam Jenoff 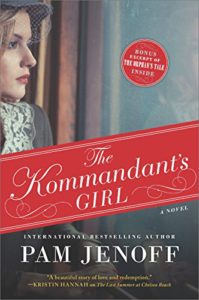 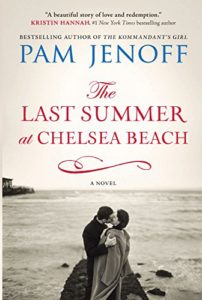 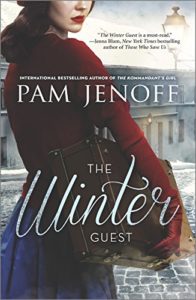 Follow along with the TLC Book Tour to see what other reviewers think!

12 responses to “Book Review: The Orphan’s Tale by Pam Jenoff”