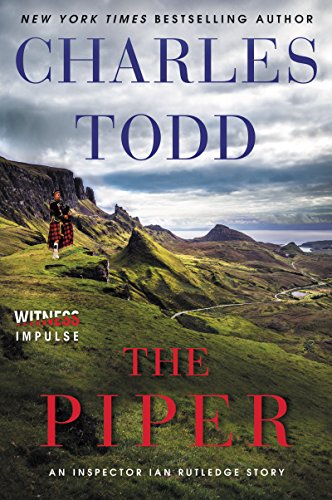 Scotland Yard inspector Ian Rutledge returns shell shocked from the trenches of World War I, tormented by the spirit of Hamish MacLeod, the young soldier he executed on the battlefield. Now, Charles Todd features Hamish himself in this compelling, stand-alone short story.

Before the Great War, Hamish is farmer in the Scottish Highlands, living in a small house on the hillside and caring for a flock of sheep he inherited from his grandmother. When one spring evening he hears a faint cry ringing across the glen, Hamish sets out in the dark to find the source. Near the edge of the loch he spots a young boy laying wounded, a piper’s bag beside him. Hamish brings the piper to his home to stay the night and tends to his head wound, but by the time Hamish wakes the boy has fled. He tracks the footsteps in pursuit of the injured lad and finds him again collapsed in the grasses—now dead.

Who was the mysterious piper, and who was seeking his death? As Hamish scours the countryside for answers, he finds that few of his neighbors are as honest as he, and that until he uncovers a motive, everyone, including Hamish, is a suspect.

The Piper is a short story that acts as a prequel of sorts to the Inspector Ian Rutledge series. Those familiar with the series are also familiar with Hamish MacLeod whose memory rather haunts Rutledge throughout each book. He’s the voice in Rutledge’s head and the tragedy he can’t get past, which makes reading about Hamish pre-Rutledge a bit bittersweet.


For anyone not familiar with the series, no worries. You will still find a delightful little Scottish murder mystery to enjoy whilst snuggled up by a warm fire.

The story as a whole carries the mist and intrigue of the Scottish lochs, from a setting so vivid you can feel the wind and cold rain whip against your body to the characters whose brogues tumble together almost whimsically. As Hamish sets out to discover what happened to the piper who had been temporarily in his care, readers will find themselves trying to beat him to the discovery.

Bottom Line: This is a very short story, a quick read (didn’t even take me a whole hour), but it provides a nice background for a previously more-spectral character in the series and an enjoyable mystery in an intriguing atmosphere. Despite the brevity of the tale, Charles Todd did not skimp on detail or quality. Great for fans of the Inspector Ian Rutledge series or for readers looking to read a sample of the authors’ work. 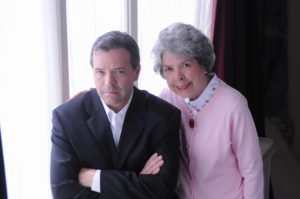 Charles Todd is the New York Times bestselling author of the Inspector Ian Rutledge mysteries, the Bess Crawford mysteries, and two stand-alone novels. A mother-and-son writing team, they live on the East Coast.

Catch up with the latest Charles Todd news on their

Other Books by Charles Todd

2 responses to “Book Review: The Piper by Charles Todd”