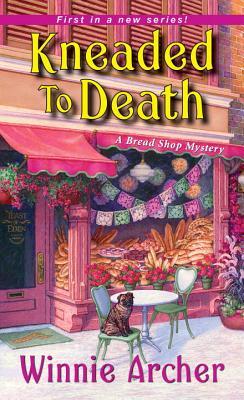 Everyone swears by Yeast of Eden, the Mexican bread shop in town. But tonight, the only thing on the menu is la muerte . . .

Struggling photographer Ivy Culpepper has lots of soul-searching to do since returning to seaside Santa Sofia, California. That is, until the thirty-six-year-old enters a bread making class at Yeast of Eden. Whether it’s the aroma of fresh conchas in the oven, or her instant connection with owner Olaya Solis, Ivy just knows the missing ingredients in her life are hidden among the secrets of Olaya’s bakery . . .

But Ivy’s spirits crumble when a missing classmate is suddenly discovered dead in her car. Even more devastating, the prime suspect is Olaya Solis herself. Doubting the woman could commit such a crime, Ivy embarks on a murder investigation of her own to prove her innocence and seize the real killer. As she follows a deadly trail of crumbs around town, Ivy must trust her gut like never before—or someone else could be toast! 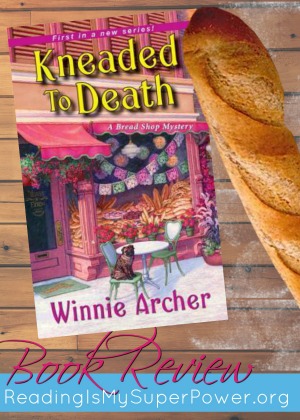 Kneaded to Death is so much more than a cozy mystery. It’s also a story that reflects sincere grief and authentic friendship. And it will make you hungry for bread. Just sayin’.


Ivy is still grieving the tragic loss of her mother and has moved back home to Santa Sofia to be with her father and brother. The local bread shop and its unique owner Olaya Solis fill a void in Ivy’s life, and when she begins taking a bread making class from Olaya their friendship really blossoms. Despite their nearly 30 year age difference, I loved the warm affection these two have for one another. The same can be said for Penny and Ivy, though we’re looking at a 50 year age gap there. (Penny is a hoot, by the way! I want to be her when I get old.)

The mystery is exceptionally well-plotted and nicely paced, and the author has done a great job of weaving the murder investigation seamlessly throughout the rest of the plot. Since this is the first book in a new series, there is also some setting up of the backstory and the town but this never felt overdone or crammed in.

And then there’s Miguel. And bread. Both yummy. Both tempting. Both probably bad for you but so difficult to resist. Miguel is Ivy’s one that got away, her first love, and they reconnect just enough in this book to leave the door open to all kinds of deliciously romantic possibilities later in the series.

Bottom Line: If you are looking for a new cozy series to start, look no further! Mouthwatering food, a quaint setting, vivid characters, and a stunning mystery. The first person voice is engaging and perfectly styled, and there is a nice blend of humor and heart.


Reviewer’s Note: Readers may want to be aware that there is some foul language in this book.

(I voluntarily reviewed a complimentary copy of this book which I received via Netgalley. All views expressed are only my honest opinion.) 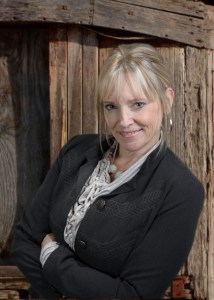 The indefatigable Winnie Archer is a middle school teacher by day, and a writer by night. Born in a beach town in California, she now lives in an inspiring century old house in North Texas and loves being surrounded by real-life history. She fantasizes about spending summers writing in quaint, cozy locales, has a love/hate relationship with both yoga and chocolate, adores pumpkin spice lattes, is devoted to her five kids and husband, and can’t believe she’s lucky enough to be living the life of her dreams.
Visit Winnie online:
WinnieArcher.com

Other Books by Melissa Bourbon 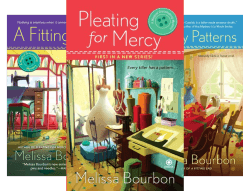 This giveaway is hosted by Great Escapes Virtual Book Tours. Follow along with the tour to see what others are saying about this book!

What about you? What’s your favorite kind of homemade bread?

15 responses to “Book Review (and a Giveaway!): Kneaded to Death by Winnie Archer”