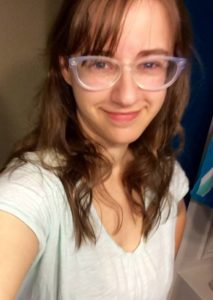 C. S. Johnson is the author of several Christian/YA books, including The Starlight Chronicles series, the Once Upon a Princess saga, and the Divine Space Pirates trilogy. With a gift of sarcasm and an apologetic heart, she currently lives in Atlanta with her family. Find out more at http://www.csjohnson.me. 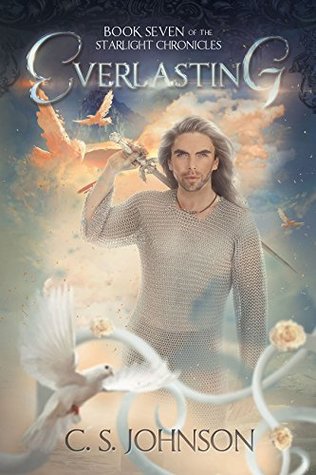 It has been many years since that day, the day Hamilton Dinger wishes to forget, along with the ache in his heart. But his desire to let go of the past is usurped when the future comes barreling into his apartment in the form of two young Starlight defenders, Lucas and Lyra, calling for a new mission for the retired Wingdinger.

More than reluctantly, Hamilton heads home to Apollo City as Dante Salyards, now a rogue agent from SWORD, seeks his help in dismantling a new administration of evil in Apollo City. After a shocking discovery, Hamilton is faced with the choice to renew his commitment, and embrace the responsibilities, both pleasant and painful, the Prince of Stars had in store for him–but it could cost him more than his heart this time.

With everything on the line, can Hamilton finally have the life he had always dreamed of? Find out in this stunning conclusion of The Starlight Chronicles.

Hi C.S! Welcome to the blog! I start all of my guests out with a fast four:

CS: Apple – No one I know really wants to eat an orange pie.

CS:  Winter; it always makes me feel like a snow queen. Summer, in contrast, makes me feel sympathy for the Wicked Witch of the West.

CS: Cats. I love their sadistic sides as much as their affectionate ones.

Carrie: My dog Zuzu is sniffing disdainfully at your answer. Let’s just move on 😉

CS: Tea. I should have stock in it for how much I drink every day.

CS: I would want to be able to heal people. It’s part of the reason I believe in stories. They don’t have the power to heal, but they can help.

Carrie: I love this. Yes.


Other than the Bible, what are five of your most cherished books?

CS: I read an enormous amount of The Royal Diaries series as a young child and a teenager. I have appreciated Disney’s princesses, but they were not as real as the ones in the Royal Diaries I have my collection of those books saved for my daughter.

Carrie: I had never heard of this series so i had to go look them up and now I want to read them all!


Which books are “on your nightstand”?

CS: I have read Blue Like Jazz for the third time, and I also have Garfield comic books. I read them with my kids. My kids will learn sarcasm and irony very early from them.


Carrie: Blue Like Jazz and Garfield are both excellent choices!

CS: I started reading The Great Good Thing recently. I could read it over and over. It’s a memoir, and the experiences of growing up in New York City during the height of the postmodern era really speaks to me. My favorite English classes were on Modernism, and to really see how the culture plays out the lingering despair and the ultimately self-defeating notions of postmodernism is a sad, scary, yet exciting thing. I’m on the lookout for the renaissance, and I have even argued that Neomodernism is already here.

CS: Mere Christianity, A Collection of British Poetry, The Pursuit of God, The Secret Life of Bees, and 1984.

I’m a sucker for a good story, but poetry was one of my first loves. I’d want to have the Romantics as well as the Neoclassics, and Shakespeare and Marlowe, too.


Carrie: Poetry is one of my first loves as well. My grandfather could quote whole passages of his favorite poems, from Shakespeare to Coleridge. I prefer Dickinson and Frost and the Brownings, but I’d love to hear him recite his favorites again just once more.

CS: To the comic and manga books. I have an enduring affection for manga, because I do believe it does a great job of mixing character development with plot. You don’t see this a whole lot in modern movies or books (usually it’s one more than the other), and I like the visual appeal. There are some really expressive artists out there.


Any snacks/beverages that are a must when you sit down to write?

CS:  I read somewhere that protein is best to eat when you’re working on writing; it’s filling and takes away the urge to snack and get up and go to the fridge. I sometimes use protein shots – these liquid whey protein flavored drinks. It smells like cherry medicine and has a weird aftertaste, but it does the job.


Carrie: I did not even know such a thing existed!


You recently concluded your series, The Starlight Chronicles, with book 7 – Everlasting. How has your main character, Hamilton Dinger, changed since you first introduced him in Slumbering?


CS: The idea of the series, one of the underlying themes, is about brokenness and belief. Belief – the kind that changes people – demands a price. Hamilton’s price, paid out gradually throughout the series, is his self-pride and his self-centered perspective. Hamilton has become more aware of others’ suffering and his own fallibility. I think that’s a real lesson I have to learn over and over and over again. Hamilton has largely had a good life, and when struggle comes, he either makes good choices that work out, right choices that turn out wrong, or wrong choices that he tries to correct. Humility is a hard lesson to learn, and it is even more difficult when we have trouble acknowledging our stubbornness and shortcomings. And we can’t expect that our lives are just for us; rather, there’s something greater that we need in our lives as a guiding point. In pursuing happiness, we often only find it in the truth, and usually after meeting with despair.


What has been your favorite part of writing The Starlight Chronicles?


CS: I based a lot of the experiences on my own high school years. Some of my favorite teachers and people are included. There are a lot of personal tributes in the stories, as well as a lot of self-criticism (yes, really – there’s a big one in Book 7 that always makes me laugh and cry at the same time). I like how a lot of people can relate to both the good and the bad of my experiences, and a lot of them don’t even know they are directly watching something from my teenage years. My favorite thing about writing the series is about how it helped change me. When I was in high school, I didn’t have a lot of friends and I didn’t acknowledge what troubles others had while we were in class together. Taking the perspective from my own experience and watching things unfold from a completely new person’s point of view made me realize how much other people were likely insecure or unsure when I saw them as mean or unkind or stupid. It made me more human, and made others, even the cruel people I knew, seem more human, too.


Carrie: What a great approach – seeing your own experiences unfold from a new POV. We would all be the better for insight found from such an exercise.


What do you most want readers to take away from Everlasting?

CS: If my readers take away nothing else from Everlasting, on a universal level, I want them to realize just how real the permanent things are. Love is meant to be an eternal entity. It’s a reality – and its brokenness in this world – we experience every day. In contrast to this, despair is not a permanent thing. On a personal level, I want them to realize and appreciate just how much of our own lives we do have control over, and how much we can use that to help others. In this perspective, Everlasting is not able to stand on its own. While I always knew the ending of the novel series – I wrote it shortly after I finished Book 1, updating and tweaking it very little over the last ten years – I also knew that it was meaningless without the darkness and the emptiness of Book 6, and everything that leads up to it. Easter morning means little to the person who skips over the despair of Good Friday. I feel like this is a good message for people today.


Carrie: “Easter morning means little to the person who skips over the despair of Good Friday. ” – oh I love that. Yes.


Again thank you so much for taking time to talk with me! 🙂 Before we say goodbye for today, tell us what‘s coming up next for you.

CS: My sequel to The Heights of Perdition, my futuristic sci-fi romance trilogy, is coming on March 15th. The Breadth of Creation, Book 2 of the Divine Space Pirates, is available for pre-order on Amazon here: 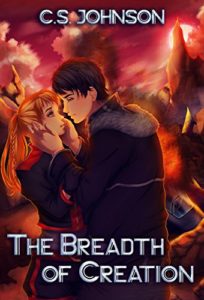 What about you? What’s your favorite reading (or writing) snack?