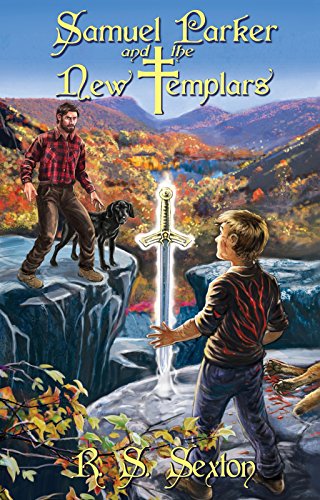 Sam Parker sees many weird things, but he has never heard a dog talk. He knows nothing of his parents, has never used a supernatural sword, and has never moved a coin with his mind. All he knows is the nuns think he is crazy, the doctor over medicates him, and the other orphans shun him like the plague.

His best day of the year is when he gets socks for Christmas.

But Sam’s adoption changes everything.

His new father didn’t want just any kid from the orphanage: he wants the kid with the unusual birthmark. For it’s the tiny double cross that marks Sam as special.

With his new life, he finds not only family, supernatural powers, and news of his mysterious past, but also a great responsibility he must embrace. . . or die trying.

“Guard your heart, boy. Hate will ruin you.”

Samuel Parker and the New Templars is somewhat of a cross between Harry Potter and Frank Peretti, with “magic” abilities being bestowed by God and angels and demons at every turn. From a talking dog who reads thoughts to a man who’s a lot older than he first appears … to a young boy with the ability to see angels and demons and the future. And that’s just the beginning.

There’s a lot to love in this middle grade novel – and a lot of stepping stones for discussion. Great adventure awaits Samuel Parker after he’s finally adopted, great adventure and hard work. Along the way, he (and readers) are taught an important lesson about hate and the importance of guarding your heart. Because while the supernatural powers of good and evil are clearly defined here, Sexton does a great job of conveying through story how easy it is to let our hearts be influenced by evil if left vulnerable.

My one word of caution would be for readers on the younger end of the “middle grades” age range. This book does focus heavily on spiritual warfare, angels, demons, and demon possession. Along those lines, one scene in particular features an exorcism.  This is not necessarily something to shy away from, but rather for parents to read with their children and use the opportunity to look together at what the Bible says about spiritual warfare, etc.

Bottom Line: Humor and imagination thrive in this first book of The New Templars series, as well as compassion and truth. Readers will love Sam and Eli and Abby, their camaraderie and their individual personalities as well as their creative gifts. Fans of Harry Potter, Percy Jackson, and the books of Frank Peretti or Ted Dekker will enjoy this new series as well!  I’m already looking forward to the next book!

R.S. Sexton is a Jesus follower. Husband for over 31 years. Proud Pawpaw. Author of The New Templars series. Professor of computer information systems. (from Twitter bio)

R.S. Sexton is giving away one ecopy and one paperback copy of Samuel Parker and the New Templars. The ebook is open internationally, except where prohibited by law. The paperback is U.S. only. Giveaway is subject to Reading Is My SuperPower’s giveaway policies, which can be found on the Disclosure & Policies page.

Enter via the Rafflecopter Form below 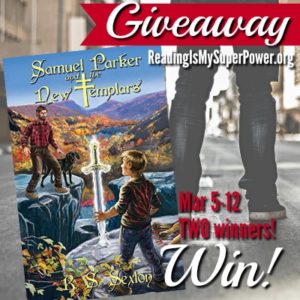 What about you? If you could have a superpower, for the purpose of helping others, what would it be?

16 responses to “Book Review (and a Giveaway!): Samuel Parker and the New Templars by R.S. Sexton”