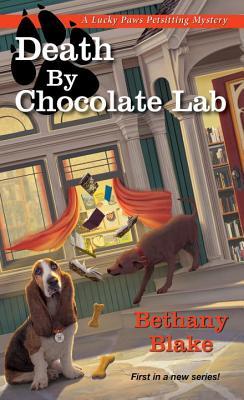 Pet sitter Daphne Templeton has a soft spot for every stray and misfit who wanders into the quaint, lakeside village of Sylvan Creek. But even Daphne doesn’t like arrogant, womanizing Steve Beamus, the controversial owner of Blue Ribbon K-9 Academy. When Steve turns up dead during a dog agility trial, Daphne can think of a long list of people with motives for homicide, and so can the police. Unfortunately, at the top of the list is Daphne’s sister, Piper—Steve’s latest wronged girlfriend.

Certain that Piper is innocent, in spite of mounting evidence to the contrary, Daphne sets out to clear her sister’s name—and find Axis, Steve’s prize-winning chocolate Labrador, who went missing the night of Steve’s death. Aided by Socrates, her taciturn basset hound, and a hyperactive one-eared Chihuahua named Artie, Daphne quickly runs afoul of Detective Jonathan Black, a handsome and enigmatic newcomer to town, who has no appreciation for Daphne’s unorthodox sleuthing.

Can a free-spirited pet sitter, armed only with a Ph.D. in Philosophy and her two incompatible dogs, find the real killer before she becomes the next victim?

Death by Chocolate Lab is a cute and intriguing start to a new series. It nicely sets up the town, the supporting characters, the possible romantic interest, the current sort-of boyfriend, and solves the case while leaving readers eager for the next book.

The heroine Daphne is a little flaky but still endearing, and her love for dogs as well as her penchant for investigating murders make her all the more likable.  She’s surrounded by a sister who is nearly her polar opposite, a mother who is more like Daphne than either of them would care to believe, a perky and somewhat artsy best friend, a surfer hippie who may be her boyfriend (she’s not sure), and a town full of people with secrets to discover. There’s also hunky hottie new guy in town – Detective Jonathan Black, a brooding former elite soldier with a soft spot for dogs and for Daphne (both perhaps against his will).

And let’s not forget the canine side of things!

Zuzu gives this book a hearty tail wag of approval, and she wants me to mention that the canine characters had great personality. She appreciated that the author did more than simply give the humans the token cozy mystery pets – instead, Bethany Blake gave the dogs character, humor, and heart. She also wants to make sure I tell you about the dog-friendly recipes included in the back (mostly, I think, as a reminder to ME that they’re back there).

Ok… so I may have interpreted the rest of that after the tail wag, but it’s all true!

Bottom Line: Death By Chocolate Lab is full of subtle humor, intriguing characters, and dogs with a great deal of personality.  Oh – and a really well-plotted mystery with lots of twists and turns.  It’s clean (no profanity!) and entertaining, and I’m happy to add Bethany Blake and this series to my go-to list. 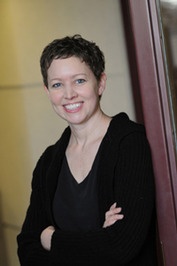 Bethany Blake lives in a small, quaint town in Pennsylvania with her husband and three daughters. When she’s not writing or riding horses, she’s wrangling a menagerie of furry family members that includes a nervous pit bull, a fearsome feline, a blind goldfish, and an attack cardinal named Robert. Like Daphne Templeton, the heroine of her Lucky Paws Mysteries, Bethany holds a Ph.D. and operates a pet sitting business called Barkley’s Premium Pet Care.

16 responses to “Book Review (and a Giveaway!): Death By Chocolate Lab by Bethany Blake”