Fairy tale retellings and remixes are among some of my very favorite things, so it’s safe to say that I’m intrigued by author L.Palmer’s Pippington series. 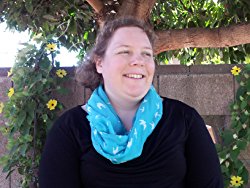 L. Palmer has spent many years traveling fictional worlds and building tales of grand, epic adventures. When she was in the midst of a grand battle between two ogres and a stegosaurus, she stumbled upon the world of Pippington. Dreams of wizard duels and clashing armies gave way to motorcars bumping down old city lanes and fairy godmothers disguised as high-society gossips. Here, she found a new literary home.

In between exploring the hidden lives and magic of Pippington, she works in public service, applying the skills from her Master’s in Public Administration at Brigham Young University. She developed her imagination and adventure skills through growing up in Girl Scouts, working for ten years at resident summer camps, teaching high school English, attending and working at the University of California Santa Barbara, and reading great books of fantasy and magic. The True Bride and the Shoemaker is just the beginning of many tales to come.

Her newest book, The Lady and the Frog, released February 10th. 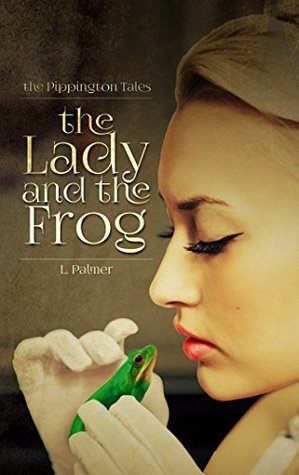 Welcome to Pippington, where motorcars bump down old city lanes, frogs transform into men, and mermaids just might be real.

Evelyn Havish is through waiting for Henry Kingston to look up from his ledgers and propose. But, when Henry’s brother Jack is transformed into a frog and trapped in a well, Evelyn must join the rescue. Armed with her training as a lady and a solid punch, Evelyn must outwit a scheming heiress, wrestle an octopus, and kiss far more frogs than a girl should be expected to. As she dives deeper into a hidden world of magic, she discovers Jack may not be the one who needs saving.

The Lady and the Frog is the second book in the Pippington Tales.

Welcome to the blog! I start all of my guests out with a fast four:

LP: Both are excellent, but, if pinned down by a renegade ninja and forced to choose, I’d select apples because they are less likely to squirt me in the face. However, in the above scenario, an orange’s squirtiness may be helpful in making my escape.


Carrie: LOL – best answer to this question EVER! haha!

LP: Summer because there tends to be more adventures to be had.

LP: Dogs. Cats are duplicitous land-octopi who can get into small places where they laugh at your attempts to command them. Dogs are loyal companions whose only desire is your attention (and your sandwich). This is why I’ve written an entire volume of Shakespearean monologues about them. I’d much rather have a dog by my side than a cat. (Also, I’m allergic to cats.)


Carrie: My dog Zuzu would stand up and clap if her paws worked that way.

LP:  Neither? I know it is against the code of the author, but I can’t stand coffee. If I had to choose, I’d pick tea. However, my typical drink of choice is chocolate milk.

LP: I already have a super power, but must keep it secret in order to preserve the fabric of the universe. If I could choose another, it would be being able to conjure bubbles out of thin air. This talent would allow me to entertain others as needed, as well as distract my enemies when I need to make a quick escape.

Who is your favorite book character from childhood?

LP: Growing up, I loved the Prydain series by Lloyd Alexander – which is basically Lord of the Rings for kids. My favorite character was Eilonwy, because what’s not to love about a savvy young woman who can hold her own in a world of swords and sorcery.


Carrie:I never read that series but heroines like that are my faves!

LP: For my latest book, The Lady and the Frog (The Pippington Tales – Book 2), I researched whether a frog can survive in ocean water, and how their skin would react to that. This led me to the one frog which can survive in saltwater – the crab-eating frog. I then had to look up the frog actually eating a crab to fulfill my curiosity, but, unfortunately, the internet only seems interested in the frog’s ability to survive in saltwater.


You’ve described Pippington (the setting of your newest book) as “a town somewhere between Downton Abbey and Storybrooke” (from Once Upon A Time). That got my attention! What makes Pippington different from these two familiar places?


LP: First, Pippington lacks Regina’s well-tailored business suits from Once Upon A time – forget the Evil Queen’s outfits, I want those pantsuits. Second, I use Downton Abbey and Storybrooke to give a reader a quick sketch of the world. It’s much faster than saying the town is a mix of Grimm’s Fairy Tales, O. Henry’s short stories, Jane Austen, and the warmer parts of Dickens’ London.

Pippington itself is a warmer place than Downton Abbey and Storybrooke. Here, people live out their everyday lives, ignorant of the magic around them until they’re pulled into adventure. Each of the books stands as its own story, but builds together to paint a full tapestry of Pippington, from the city itself, to far-off lands, to the hidden black markets, like the Fairy Godmother Society.


Carrie: Is it accepting new residents? Because I’m pretty sure I need to live there.


In The Lady and the Frog, it sounds like Evelyn Havish has her work cut out for her on this frog-rescue mission! Describe Evelyn for us.


LP: Evelyn Havish is well-trained for any challenge, frog-related or not. She knows when to use her education as a lady – from one of the finest girl’s schools in Pippington – and when to use her solid right-punch – developed through helping at her father’s tannery and wrestling her brothers. Balancing these two sides of herself, however, is difficult in day-to-day life – especially when her rough-and-tumble family drives away the few men who can hold an intelligent conversation.

Regardless, Evelyn is fiercely loyal to those she loves. She’ll do whatever it takes to make sure her friends and family are safe. Once she realizes how grave the danger is in her frog-rescue mission, she doesn’t hesitate. If there’s trouble, she’ll take care of it.


What do you most want readers to take away from The Lady and the Frog?

LP: In my books, I seek to portray ordinary people doing the best they can in extraordinary circumstances. There’s a lot of fun, adventure, and romance along the way, but the core of the book is about normal people and their relationships. When a reader walks away, I want them to be enchanted by the people they got to meet throughout the story and to be inspired to face whatever challenges come their way.

Carrie: I love that!

LP: The Lady and the Frog was just released, so I am hard at work on The Matchgirl and the Magician, the third book in the series. The third book mixes together The Little Matchgirl by Hans Christian Andersen, The Arabian Nights, Rumplestiltsken, and King Midas. Once that’s finished, it’s on to more building more tales in the world of Pippington.


What about you? Which would you prefer if pinned down by a renegade ninja – apples or oranges?