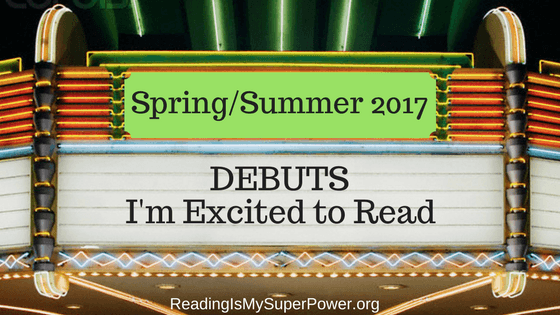 BEHOLD! The debut novels that I’m pouncing on as soon as they are released this Spring and Summer. (The technical topic for today is Spring TBR but I’ve already kinda done that. So… BEHOLD and etc.) 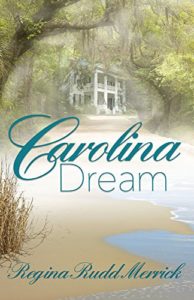 Sarah Crawford wants more from life than to attend the wedding of her ex-fiancée. An unexpected inheritance in South Carolina comes at the perfect time, just as Sarah is willing to use any excuse to get out of town.

When she meets potential business partner Jared Benton and discovers that a house is part of the inheritance, she is sure that God has been preparing her for this time through a recurring dream.

But will a dream about an antebellum mansion, many rooms to be explored, and a man with dark brown eyes give her the confidence to take a leap of faith, leaving friends, family, and her job behind?

Toward a Secret Sky by Heather Maclean (April 4th) 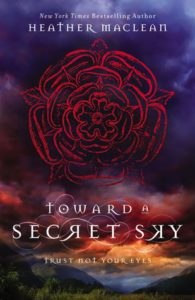 “Everywhere I go, I leave a trail of dead bodies. My parents died fighting to stop the darkness. I’ll keep fighting too, even if it means I have to die. Dying’s not half as hard as being left behind, anyway…

Evil is real. We are at war. Anyone you tells you differently is lying.”

Shortly after 17-year-old Maren Hamilton is orphaned and sent to live with grandparents she’s never met in Scotland, she receives an encrypted journal from her dead mother that makes her and everyone around her a target. It confirms that her parents were employed by a secret, international organization that’s now intent on recruiting her. As Maren works to unravel the clues left behind by her mother, a murderous madness sweeps through the local population, terrorizing her small town. Maren must decide if she’ll continue her parents’ fight or stay behind to save her friends.

With the help of Gavin, an otherworldly mercenary she’s not supposed to fall in love with, and Graham, a charming aristocrat who is entranced with her, Maren races against the clock and around the country from palatial estates with twisted labyrinths to famous cathedrals with booby-trapped subterranean crypts to stay ahead of the enemy and find a cure. Along the way, she discovers the great truth of love: that laying down your life for another isn’t as hard as watching them sacrifice everything for you. 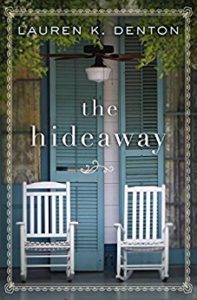 When her grandmother’s will wrenches Sara back home from New Orleans, she learns more about Margaret Van Buren in the wake of her death than she ever did in life.

After her last remaining family member dies, Sara Jenkins goes home to The Hideaway, her grandmother Mags’s ramshackle B&B in Sweet Bay, Alabama. She intends to quickly tie up loose ends then return to her busy life and thriving antique shop in New Orleans. Instead, she learns Mags has willed her The Hideaway and charged her with renovating it—no small task considering Mags’s best friends, a motley crew of senior citizens, still live there.

Rather than hurrying back to New Orleans, Sara stays in Sweet Bay and begins the biggest house-rehabbing project of her career. Amid Sheetrock dust, old memories, and a charming contractor, she discovers that slipping back into life at The Hideaway is easier than she expected. Then she discovers a box Mags left in the attic with clues to a life Sara never imagined for her grandmother. With help from Mags’s friends, Sara begins to piece together the mysterious life of bravery, passion, and choices that changed Mags’s destiny in both marvelous and devastating ways.

When an opportunistic land developer threatens to seize The Hideaway, Sara is forced to make a choice—stay in Sweet Bay and fight for the house and the people she’s grown to love or leave again and return to her successful but solitary life in New Orleans.

With No Reservations by Laurie Tomlinson (May 1st) 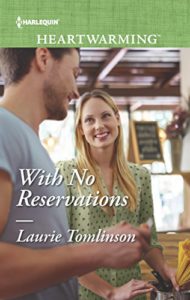 There can be more than comfort in food…

What could well-known and wealthy Graham Cooper Jr. have in common with a blogger like Sloane Bradley, a woman with secrets she’s kept firmly out of the public eye? That is, besides a love of food.

Sloane still can’t believe Cooper’s the chef at the restaurant she’s been assigned to promote. But she’s boiling to prove to him that her “little blog” can put his place on the map. She can also fall head over heels for the guy, who has secrets of his own, it turns out…except for one thing. She can’t get past the post-traumatic stress disorder that keeps her walled up in her home studio.

It Started With Goodbye by Christina June (May 9th) 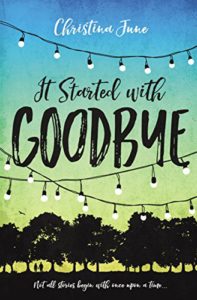 Sixteen-year-old Tatum Elsea is bracing for the worst summer of her life. After being falsely accused of a crime, she’s stuck under stepmother-imposed house arrest and her BFF’s gone ghost. Tatum fills her newfound free time with community service by day and working at her covert graphic design business at night (which includes trading emails with a cute cello-playing client).

When Tatum discovers she’s not the only one in the house keeping secrets, she finds she has the chance to make amends with her family and friends. Equipped with a new perspective, and assisted by her feisty step-abuela/fairy-godmother, Tatum is ready to start fresh and maybe even get her happy ending along the way.

A modern play on the Cinderella story arc, IT STARTED WITH GOODBYE shows us that sometimes going after what you want means breaking the rules.

IT STARTED WITH GOODBYE will appeal to fans of Sarah Dessen, Stephanie Perkins, and Jennifer E. Smith.

A Season to Dance by Patricia Beal (May 9th) 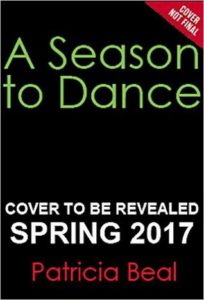 Ballerina Ana Brassfield has her path to the stage of the Met in New York and her future with fiancé Peter Engberg all figured out—until her first love, renowned German dancer Claus Gert, shows up in Georgia to dance with her and win her back.

Claus kisses her after a rehearsal, a kiss Peter witnesses from the darkened audience. Convinced a kiss between Claus and Ana is more than a one-time mistake, Peter breaks off his engagement with Ana.

Rejected by Peter, and knowing Claus is dancing at the Met soon, Ana decides to repave her path to her dream.

With her 2002 Thunderbird and Baryshnikov, an old dog crippled by arthritis, she moves to Germany to be with Claus. But the ghost of his late wife, Ana’s own memories of Peter, and the pressure of earning a spot in a large ballet company prove to be a high price for a shot at success. 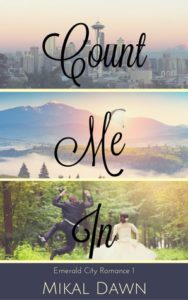 Allegra Spencer has been living a careful life. Her safe job as an accountant is book-ended by going to church and the gym. Okay, sometimes the gym.

Fine. She goes to church. And the coffee shop.

She avoids risk at all cost, preferring to stay safe in her cozy condo. Until her accounting firm goes belly up and she’s suddenly out of a job.

Tyler Hawk had a glorious career as a star NFL Tight End. He retired on a high note and is now living a second dream of owning his own business leading others on extreme outdoor adventures. But he needs help with his books–and his heart.

When Allegra takes the job, sparks–and water–fly. Will Allegra be able to show Tyler he’s worth so much more than his star-status while being open to the most thrilling adventure of all…love? 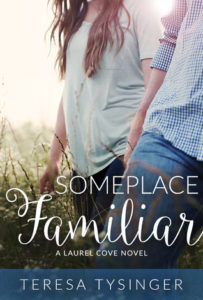 Artist Livy Johnson needs a fresh start. That’s what a broken heart and forgotten dreams can do to a person. On little more than a whim, she reclaims her grandmother’s old mountain cottage in quaint Laurel Cove, North Carolina and vows to restore its original charm. When she literally collides with childhood friend, Jack Bowdon, Livy wonders if she’s back for an entirely different reason.

Jack can’t believe his childhood crush is back. As the owner of Bowdon’s Supplies, and once again the town’s most eligible bachelor, he offers to help Livy with repairs. Together they embark on the project—and an undeniable whirlwind romance.

But it’s not all smooth sailing. Can they survive the destructive pain of their pasts to discover God’s grace waiting to renovate their hearts? 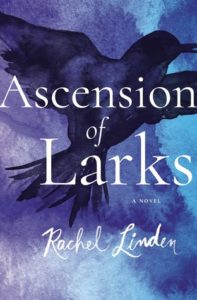 Free-spirited and fiercely independent, Maggie’s star is rising fast. But she has a secret. She can’t let go of her first and only love, renowned architect Marco Firelli, now married to her best friend Lena. With the shattering news of Marco’s death, Maggie rushes to the Firelli family’s summer home on San Juan Island and attempts to provide stability for the children as fragile, perfectionist Lena slowly falls apart.

When Maggie is offered a once-in-a-lifetime chance to compete in the world’s most prestigious photography competition, she finds herself unable to leave the only family she has during their time of need. Devastated, Maggie takes a series of photographs documenting their life in limbo.

A mysterious man appears on the island, and Maggie soon realizes there is more to him than meets the eye. Daniel Wolfe, an award-winning Native American poet hiding in exile on the island, is responsible for Marco’s death. Maggie is both drawn to and repelled by Daniel, a sensitive, tortured soul with secrets of his own. Out of their loneliness and grief they form an unlikely friendship.

Maggie develops her recent photographs, and she’s elated to discover that they are good enough for the photography competition. She still has a chance to win. But she must first relinquish the past so that she can move forward and embrace the reality of her unexpected life. 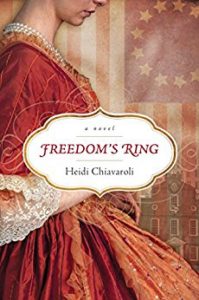 Boston, 2015
Two years after nearly losing her life in the Boston Marathon bombing, Annie David is still far from “Boston strong.” Instead she remains isolated and defeated―plagued by guilt over her niece, crippled in the blast, and by an antique ring alongside a hazy hero’s face. But when she learns the identity of her rescuer, will he be the hero she’s imagined? And can the long-past history of the woman behind the ring set her free from the guilt and fears of the present?

Boston, 1770
As a woman alone in a rebellious town, Liberty Caldwell finds herself in a dangerous predicament. When a British lieutenant, Alexander Smythe, comes to her rescue and offers her employment, Liberty accepts. As months go by, Alexander not only begins to share his love of poetry with her, but protects Liberty from the advances of a lecherous captain living in the officers’ house where she works.

Mounting tensions explode in the Boston Massacre, and Liberty’s world is shattered as her brother, with whom she has just reunited, is killed in the fray. Desperate and alone, she returns home, only to be assaulted by the captain. Afraid and furious toward redcoats, Liberty leaves the officers’ home, taking with her a ring that belonged to Alexander.

Two women, separated by centuries, must learn to face their fears. And when they feel they must be strong, they learn that sometimes true strength is found in surrender.

What about you? What are some debuts you’re looking forward to this spring and summer?