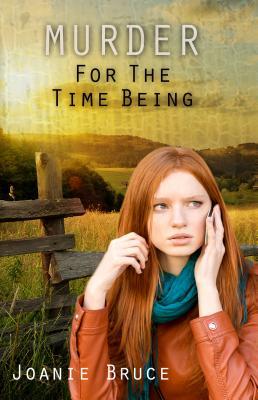 Computer expert Lexi Wynn is frightened. Someone is after her, but she doesn’t know why. Is it because of her past or because she was thrust into a deadly bank robbery and might identify the ones responsible? Escaping a failed kidnapping attempt and not sure who to trust, she hopes her specialized skills with computers might flush out the name of the killer. When a tall, dark, and handsome stranger rams into her truck with the hearse he’s driving and puts his life in danger to save hers, can she ignore the attraction she feels for him to concentrate on the killers? Or is God the only one who can save her now?

Drew Sheffield is irritated when a cute lady stops abruptly in front of him and he plows into the back of her pickup. After their initial confrontation, flashbacks of honeysuckle and sassy green eyes linger in his thoughts. When Lexi is threatened, he steps in to help the feisty young woman, in spite of agonizing over a past relationship.

Can Lexi and Drew forget the tragedies of the past and embrace the feelings between them or will ghostly memories snub out the promise of a future together?

“He hoped she was tough enough for what she might be about to face.” 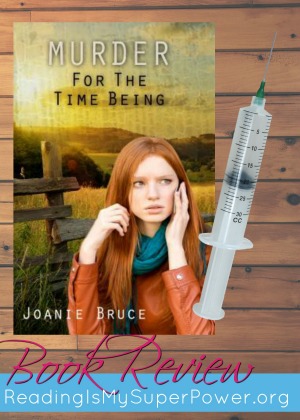 Murder for the Time Being starts off intriguing and the suspense level remains high throughout the novel. There’s lots going on and a host of suspects, but the construct is solid and the plot keeps you guessing.

Lexi is a great heroine. She’s just vulnerable enough that we can relate to her but she’s also strong and feisty – so we’re rooting for her the whole time. Drew gives her permission – just by his reassuring presence – to not need to be strong all the time, but make no mistake. Lexi isn’t some damsel in distress, waiting for her hero to come riding in to save the day! While he does rescue her several times, if he hadn’t been around I feel confident Lexi would have gotten herself out of the danger on her own. He just didn’t give her enough time 😉

I liked how the perspective shifted between characters, though maybe Lexi and Drew and the “bad guys” would have been enough.  Adding just a couple more characters to that mix made the book feel a bit scattered at times. The villains’ points of view gave the story more dimension and, rather than make the prime suspect easier to figure out, it kept me changing my mind as to who I thought was the main bad guy (or girl).

Without giving away any spoilers, there’s a scene involving Lexi and an enclosed dark space that is so well described that I nearly started having a panic attack along with her! The author really nailed the mood, the fear, the setting, etc in that scene. You’ll know it when you get to it…

While the basic construct of the plot is solid, as I mentioned already, there are some weak areas. Probably the main one for me being the way some things were unrealistically tied up with a nice red bow. I’m all for happy endings but this one required me to suspend lots of disbelief.

Bottom Line: Murder for the Time Being by Joanie Bruce is sweet and sincere, though a tad unrealistic in parts. The mystery overall is well-plotted, and the characters are likable and engaging. I like what Anne Rightler said in her review – “As the lies, attempted murders, kidnappings, and train accidents keep piling up and the mysteries are revealed, there is a solid message of faith in a gracious God of second chances who cares and who hears prayers.” While romance isn’t the main focus of this book, the light subplot made my KissingBooks-loving heart happy 🙂 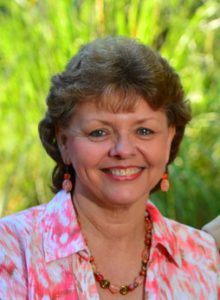 Joanie has a strong passion for reading, and her love for books with nail-biting suspense, inspires her to write contemporary suspense books. Thankful that God has given her the ability to write from her home in the country, she strives to use that opportunity to honor Him in all of her writing. Joanie and her husband, Ben, live in a country home near Madison, Georgia, right in the middle of a pasture full of beef cows. There they raised and homeschooled their three children. She enjoys cooking, taking long walks, painting oil portraits, and caring for their home in the country.


Other Books by Joanie Bruce 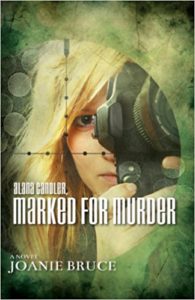 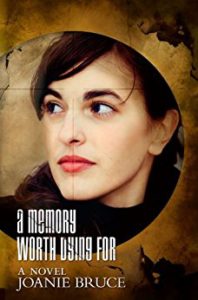 Have you ever been devastated by a certain event in your life, and later it turned out to the best thing that ever happened to you? That’s what happened to Lexi Wynn in this book, “Murder for the Time Being.” Something unthinkable happened to her family, but in the end, it changes Lexi’s life forever and introduces her to the love of her life.

In this story, both Lexi and Drew have things in their past that discourage them from seeking a lasting relationship. However, God has a plan for them both, and through His Divine engineering, they are thrown together in circumstances that nurture a growing appreciation and affection for each other.

This book was fun to write because I anchored the story in my sweet little town of Madison, Georgia. I wasn’t raised in Madison, but I’ve called it home for much longer than any other place I’ve ever lived. While growing up in the big city of Memphis, Tennessee, I had definite plans for my future. All I ever wanted was to “marry a country boy and live in the country.” The Lord heard the desires of my heart and gave me what I wanted … a country boy, born and raised here in Morgan County on a dairy farm.

After we married, I adopted Madison as my home, and I love it so much that I wanted to feature some of the fun spots in Madison as the backdrops for the scenes in my books. I hope when you read through the pages of my book, you will get an idea of what a sweet little town Madison is and enjoy reading about Lexi and Drew and how they let God guide them in discovering that murder CAN be “for the Time Being.”

To celebrate her tour, Joanie is giving away a Kindle Fire!! Click below to enter. Be sure to comment on this post before you enter to claim 9 extra entries! 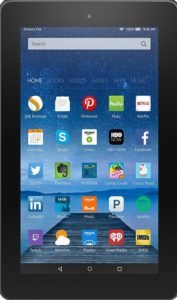 Follow along with the Celebrate Lit Blog Tour to see what others are saying!

7 responses to “Book Review (and a Giveaway!): Murder for the Time Being by Joanie Bruce”