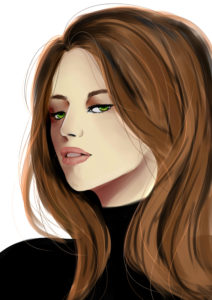 Join me in welcoming author Tara Meyers to the blog for a chat today!

Tara Meyers resides in the beautiful state of Washington. When she isn’t writing, she’s out hiking in the rugged Cascade Mountains, or enjoying life with her two amazing kids and several dogs!

Her new book, Echo of Fear, released on February 27th. 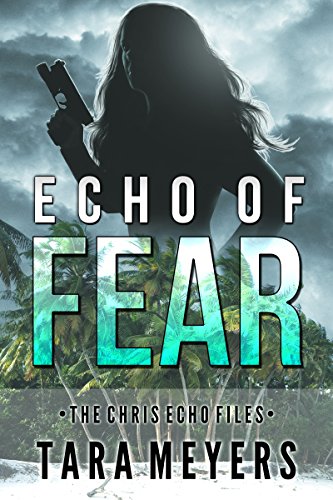 Chris Echo thought a private island in the South Pacific would be the perfect escape from the terrors of her life as a CSI profiler. But shortly after retreating to the tropical setting, she finds herself trapped in the middle of something far more dangerous.

Kyle Stone is battling his own demons. And it isn’t anything a remote luxury island can fix. After a long undercover mission, he and the guerrilla band he’s infiltrated are traveling to an exchange when a storm washes them ashore. The resort’s guests are taken hostage, and he can either keep his cover intact or save their lives. To complicate matters even further, there’s a beautiful captive who may just be his salvation.

Each of the visitors to the island arrives harboring different fears, but they are about to confront the ultimate fear of all, a struggle between life and death. In the midst of the turmoil, Chris begins to realize that perhaps death isn’t her greatest challenge after all.

(Rated PG-13 for some language, violence, and adult situations)

You can also get the prequel novella, Distant Echo, free on Amazon!

Hi Tara! Welcome to the blog! I start all of my guests out with a fast four:

Carrie: Mine too! Plus, I’m allergic to oranges. Sadness.

Tara: Summer. I LOVE to hike and spend time in the mountains.

Carrie:  Mountains, I love. But hiking and summer? No thanks haha!

Tara: Dogs. I love them both, but dogs are most definitely more of a companion.

Tara: Coffee. Because I’m addicted to the caffeine. Although I drink plenty of tea. My mom is Irish. 🙂

Carrie: The best of both worlds 🙂

Tara: Reading people’s minds. I have a natural intuitiveness, so I could see this ability expanded in some sort of lab-experiment-gone-wrong. It’s not the one I would WANT, but it would make the most sense.


Carrie: haha! You would probably get a lot of fodder for writing that way too …


Tara: My favorite book character from childhood is Trixie Beldon. She isn’t as well known as Nancy Drew, but I could relate to, and liked her character much more. The series was written around the same time as Nancy Drew (started a little later), and the characters are younger. Trixie is just this awesome girl, who always gets into trouble, but for a good reason. Usually, because she’s trying to help someone.


Carrie: I love Trixie Beldon!!! She always seemed much more realistic to me than Nancy did. But i love both.

If I snuck a peek in your purse right now (which I would never do, I promise!), what would it tell me about you?

Tara: The two main things you’d see would be my wallet and a Taser. Not the kind that you hold up against the skin, either, but the one that shoots fourteen-foot prongs and gives a 30-second ride of pure pain. I don’t feel comfortable carrying a gun, but I have no problem with a Taser. 🙂 You would also find chapstick. I’m addicted to it. That’s about it. I go light.


Carrie: I love this answer so much. A Taser and chapstick. You are not to be messed with!!


Echo of Fear is the first full length book in The Chris Echo Files. Who is Chris Echo… and which actress would play her if Hollywood decided to produce this series for TV or film?


Tara: Chris Echo is a thirty two year old CSI profiler for the Seattle PD. (Crime Scene Investigator) She’s worked hard to get there, and doesn’t have much of a social life as a result. Well, that’s not the only reason. (Her backstory will be slowly revealed over the course of several novels) She has issues with commitment. At 5’10, she’s got an ‘athletic’ build and uses her size to her advantage on the job. Yes, she’s attractive, but not in your typical sense. I could totally see Lucy Lawless play her, but when she was younger. Gal Gadot (Wonder Woman) is a current actress that would fit the role. They’re actually the same age.


Carrie: I bet she carries a Taser and chapstick in her purse too! 😉


In Echo of Fear, Chris is forced to take a vacation on a small private island in the South Pacific. But… with a title like Echo of Fear … I suspect her vacation becomes anything but relaxing. Who are some other characters we meet during her stay on the island?


Tara: You would be correct in your assumption! Poor gal can’t catch a break. She’s actually taking the time off following an officer involved shooting that she’s having a hard time dealing with (but don’t expect her to admit that out loud). While on the island, a hurricane turns inland and throws both the vacationers and some unsuspecting criminals into a storm of their own. This is where Kyle Stone comes into the story, and let’s just say that he and Chris have some common ground.


Carrie: I also suspect they have some chemistry too!


What do you most want readers to take away from Echo of Fear?

Tara: Although it’s a rather fast-paced suspense, that isn’t intended to have any life-changing revelations, I still always try to write some truth into my stories. Truth about love, life, and perseverance. I think that spread out amongst the cast of characters, most readers will find someone they can relate to. 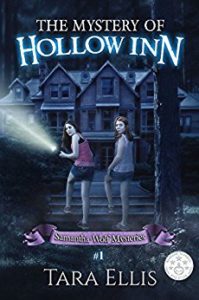 Tara, thank you so much for taking time to talk with me! 🙂 Before we say goodbye for today, tell us what‘s coming up next for you.

Tara: Thank you so much for having me, and giving me the opportunity to introduce Chris Echo to you! Meyers is my maiden name, and I also write under Tara Ellis. The Chris Echo Files is the first series under Meyers with Forest Grove Books, while I have eleven publications out through Tara Ellis. This includes a seven book middle grade mystery series, a young adult science fiction trilogy, and a true short story. I’m currently working on book eight in the kid’s series, one I’m really excited about, called The Legend of Shadow Mountain. After that, I’ll be writing the second book in the Chris Echo Files. My goal is to have that book out before the end of the summer, so stay tuned!

Tara Meyers is giving away an ebook of Echo of Fear to TWO of my readers! Open internationally, except where prohibited by law. Enter via the Rafflecopter form below. Giveaway is subject to Reading Is My SuperPower’s giveaway policies which can be found on the Disclosure page.


What about you? If you had to choose, which would you rather carry in your purse? A Taser or chapstick?

17 responses to “Author Interview (and a Giveaway!): Tara Meyers”