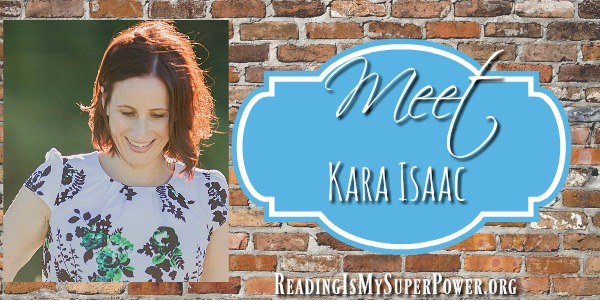 Yay! Yay! Yay! KARA ISAAC is here today, y’all! I adore Kara, and meeting her in person (and hearing her sweet accent) was a highlight of last year’s CFRR for me!

Kara Isaac is a RITA® Award nominee who lives in Wellington, New Zealand, where her career highlights include working in tourism as Private Secretary for the Prime Minister. She loves great books almost as much as she loves her husband and three Hobbit-sized children. 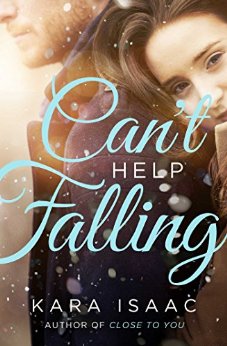 A funny, heartfelt romance about how an antique shop, a wardrobe, and a mysterious tea cup bring two C.S. Lewis fans together in a snowy and picturesque Oxford, England.

Emelia Mason has spent her career finding the dirt on the rich and famous. But deep down past this fearless tabloid-reporter façade, there’s a nerdy Narnia-obsessed girl who still can’t resist climbing into wardrobes to check for the magical land on the other side. When a story she writes produces tragic results, she flees to Oxford, England—home to C.S. Lewis—to try and make amends for the damage she has caused.

Peter Carlisle was on his way to become one of Great Britain’s best rowers—until he injured his shoulder and lost his chance at glory. He’s determined to fight his way back to the top even if it means risking permanent disability to do so. It’s the only way he can find his way past failing the one person who never stopped believing in his Olympic dream.

When Peter and Emelia cross paths on her first night in Oxford, the attraction is instant and they find common ground in their shared love of Narnia. But can the lessons from a fantasyland be enough to hold them together when secrets of the real world threaten to tear them apart? Cobblestone streets, an aristocratic estate, and an antique shop with curious a wardrobe bring the world of Narnia to life in Kara Isaac’s inspiring and romantic story about second chances.

Hi, Kara! I’m thrilled to have you stop by for a chat 🙂 You are completely awesome, and so is your accent… and so are your books!

Kara: Thank you so much for having me, Carrie 🙂

Kara: Apples! Much easier to eat and I seem to have really bad luck picking oranges and a bad orange is blegh.

Kara: Summer (Summer! Summer!). I have a five year old, a three year old and a zero year old. Trying to entertain them inside for weeks on end during winter tests all of our sanity!

Kara: Dogs. When I was small my grandmother had an evil cat that the whole family was convinced was possessed. Scarred for life!

Kara: Neither! But if I was forced to have one a herbal tea (that contains no actual tea!)


Carrie: Except for the ‘summer’ thing, we speak the same language, my friend.

Kara: Being able to sense when my children are getting up to no good even when I can’t see where they are or what they’re doing.

Carrie: haha! I’m pretty sure my mom has that superpower!


Books are kind-of a big deal around here. Being from New Zealand as you are, what are some of your favorite reads from your side of the globe?


Kara: I’m a huge fan of Kate Morton who is an Australian general market author and writes amazing split-time stories. For New Zealand authors I can’t go past Lynley Dodd who writes amazing kids’ books (most of which I can now recite by heart!)


The initial meeting between your main characters in your sophomore novel Can’t Help Falling has been described by one reviewer as a meet-cute in her top-ten of all meet-cutes! Tell us YOUR personal meet-cute story. How did you & your husband meet?

Kara: Really? Wow! I haven’t seen that. Funny you should ask this. My husband and I met in the international arrivals hall of Wellington Airport. He’s Australian and was in New Zealand on holiday and I was flying back from my sister’s wedding in Australia. The much longer but much more interesting story is that I wrote him as the hero of one of my manuscripts before I ever met him. Don’t worry, you’ll get to hear the story eventually because it’s the manuscript that is my next release 🙂

Carrie: YAY! What a fun story! Can’t wait for your next release, too 😀


In Can’t Help Falling, you weave nods to Narnia into a romance of second chances. Which aspects of Peter and Emelia’s story surprised you as you wrote? Or did they behave according to plan?


Kara: None of my characters ever behave according to plan (though, of course, that would involve having a plan to start with!) Peter and Emelia were particularly challenging characters because they are both very private and reserved so the unraveling of their stories and understanding what made them who they were took a long time (I’m talking being four weeks away from having to turn the book into my editor and still trying to figure them out!) I think what surprised me the most was the way the story came full circle. That wasn’t something that I had planned and only finally came together very late in the process.

Carrie: I’ve often wondered – when i read a book that comes full circle – if the author planned it all along or if it just worked out really well. I love the ones that “just worked out” the best 🙂


Ok. Admit it. (We’ve met in person, you know, so we’re nearly besties. Your secret is safe with me… and my blog readers.) HAVE you ever searched a wardrobe, hoping to find Narnia? 😉


Kara: YES! I did it quite a few times after the first time I saw The Lion, the Witch and the Wardrobe on TV. Admittedly, I was only eight at the time but I figure it still counts 🙂


Carrie: Of course it counts! I won’t tell you how old I was the last time I searched for Narnia haha!


What do you most want readers to take away from Can’t Help Falling?

Kara: That whatever our regrets, hurts, baggage or past God is a God of second chances and there’s nothing that he can’t redeem.


Thank you so much for taking time to talk with me, Kara! 🙂 Before we say goodbye for today, tell us what‘s coming up next for you.

Kara: My next romantic comedy, Then There Was You, releases in June. I’m in the final round of content edits at the moment (so much fun with a three-month-old sleep thief!) but (hopefully) we’ll get there!

Here’s a bit about Josh and Paige’s story…

Paige McAllister needs to do something drastic. Her boyfriend can’t even commit to living in the same country, her promised promotion is dead on arrival and the simultaneous loss of her brother and her dream of being a concert violinist has kept her playing life safe and predictable. Things need to change. A moment of temporary insanity finds her leaving her life in Chicago to move to Sydney, Australia. There she finds herself, against many of her convictions, as a logistics planner for one of Australia’s biggest churches, and on collision course with her boss’s son.

Josh Tyler fronts a top-selling worship band and is in demand all over the world. His life is neat and ordered. Just how he likes it. The last thing he needs is some American girl tipping it upside down. Especially one who despises everything he’s ever worked for and manages to push every button he has.

When Josh and Paige are thrown together to organize his band’s next tour, the sparks fly. But can they find a way to bridge the differences that pull them apart? And when a guy from Paige’s past shows up, will she choose the safety and security of what she knows or take a chance on a love that comes with a life she doesn’t want?


What about you? Have YOU ever searched a wardrobe for Narnia? 😉