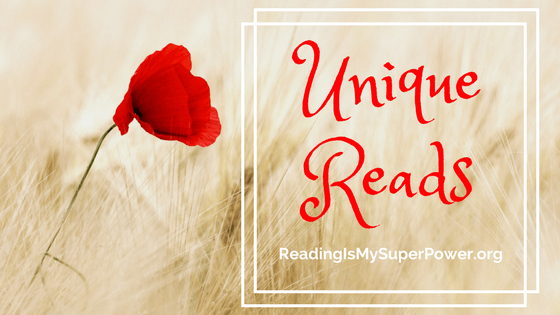 Today’s Top Ten Tuesday subject is all about unique reads! And I have to admit, this was harder than I thought it would be. It’s not that there aren’t unique books in Christian fiction. It’s that everyone’s definition of ‘unique’ can be … well… unique. So I would think of a book and then second guess myself – “Maybe no one thinks that’s unique but me”.

THE STRUGGLE IS REAL, PEOPLE!! #bookbloggerproblems

So I consulted my peeps and ran my list by them and they were wonderful enough to mention a few that jogged my memory and reassured me I was on the right track. Thank you, Beth & Rachel & Mel!

AND … just to keep things really unique. I’m following the rules today and sticking to ten. (Don’t everyone faint at once!) In no particular order … 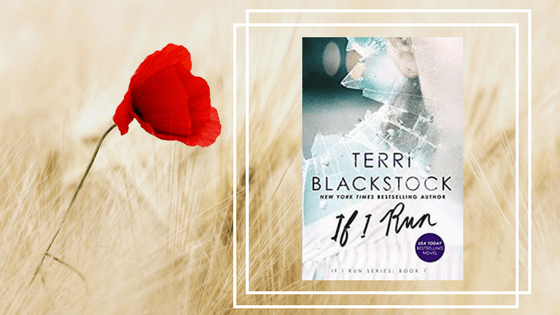 If I Run by Terri Blackstock is the first book in the most unique suspense series I’ve ever read. It’s comparable to what “The Fugitive” would have been like with, say, Scarlett Johansson instead of Harrison Ford. But it very much has its own identity, specifically with Casey herself as a fugitive who can’t help getting tangled up in local mysteries in the cities she’s run to. The first person present tense is not my usual fave but in this case IT WORKS so well to establish and maintain fantastic tension throughout the novel. Plus, all 3 covers in the trilogy form a picture so I’m desperately waiting for book three to complete my set!

MY REVIEW OF IF I RUN 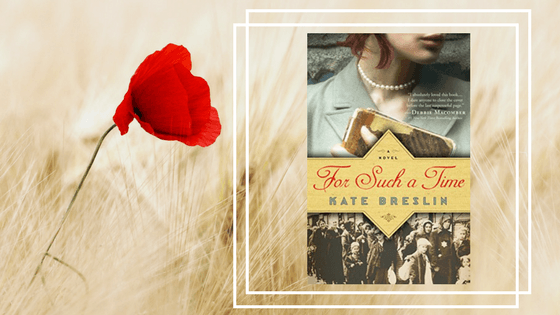 Kate Breslin’s debut novel, For Such a Time, is the most unique reimagining of the book of Esther that I’ve read to date. Setting the story during WW2 and putting Hadassah in the center of the Holocaust made the biblical account of Esther come alive in such fresh ways for me. I hadn’t really put the danger to Esther or to the Jews in perspective until I saw it against the backdrop of this story! 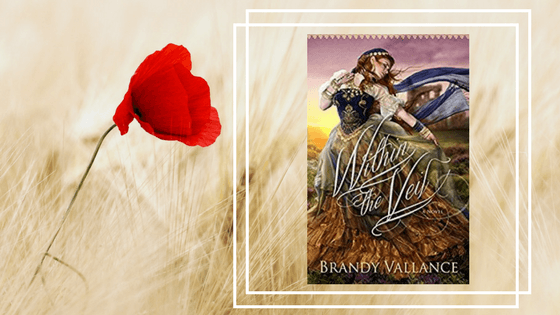 Along with the GORGEOUS cover and the yummy hero, Within the Veil by Brandy Vallance spotlights some unique themes that I don’t find much in Christian fiction – diverse social issues, abstinence and synesthesia. And you seriously need to meet the hero Alasdair, but Feya the heroine is equally riveting. Such a passionate story! 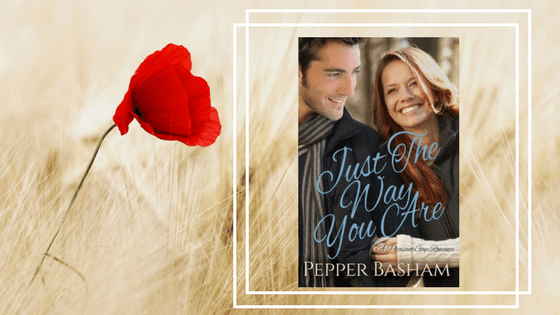 What’s unique about this contemporary romcom? 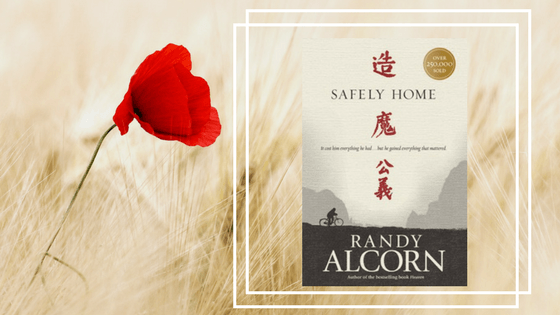 I know I’ve talked about this book before (yeah, ok. several times) but this book, y’all. It is impossible to read this book and not be moved. (If you DO read it and aren’t moved… don’t tell me.) But what makes it unique is not only the setting of China and the focus on the underground church or even the Chinese protagonist whose favorite phrase is in Spanish, but it’s also an exquisite glimpse into Heaven that still makes me teary when I think of it. 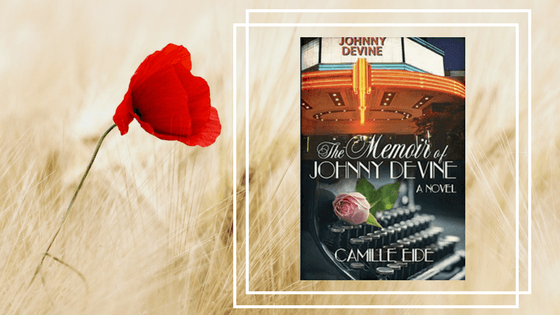 The Memoir of Johnny Devine kept me spellbound from word one. One of the elements that makes it so unique is the memoir of Johnny Devine. And no, I did not just say the book makes itself unique. Well… ok… I kinda did. But what I specifically meant is that the (fictional) memoir snippets that start each chapter are so well done that you forget you’re reading fiction. When you combine it with the spotlight on racial and social issues of the day? And the breath-stealing romance? You can’t put it down. 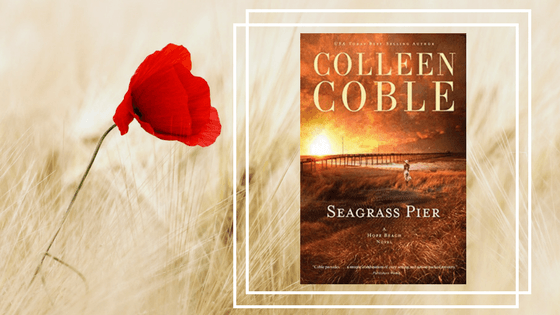 Colleen Coble is an author on my auto-read list. Meaning, whenever she comes out with a book, I’m reading it. Well… I did better with this before I started blogging lol. But the intent is there! In Seagrass Pier, a heart transplant recipient starts having flashbacks of a murder – her donor’s murder. And then of course SHE becomes a target. This book is just so fascinating, as well as being an excellent romantic suspense in its own right! 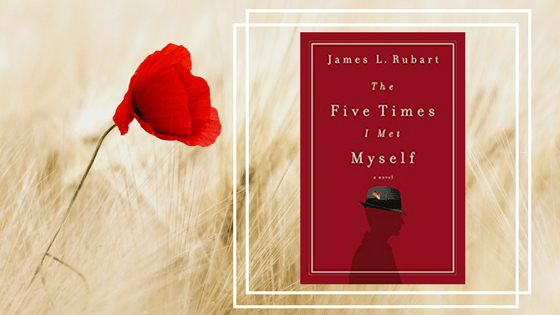 With flavors of A Christmas Carol, It’s a Wonderful Life, and even Back to the Future, The Five Times I Met Myself by James Rubart is absolutely intriguing. As I said in my review, “We’ve all had moments where we had a dream so vivid that we woke up and had to lay in bed for a moment, re-centering ourselves in what’s real and what isn’t. On the flip side, we’ve also all had regrets, things we wish we could go back in time and change. Combine the two and BAM! You have a mesmerizing story that you won’t be able to put down.”

MY REVIEW OF THE FIVE TIMES I MET MYSELF 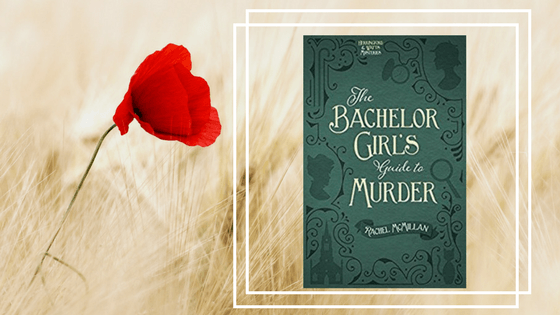 The Herringford and Watts series is unique in several ways. It’s set in 1910 Toronto, and Jem and Merinda are two of my favorite crime-fighting gals! There’s also Ray DeLuca… and while we’re talking about yummy, I must mention the design of these books! From the awesome covers to the footnotes (footnotes? in fiction? YES and they’re awesome!) to the made-up books that are quoted at the beginning of each chapter … it’s gorgeous and fun and creative!

MY REVIEW OF THE BACHELOR GIRL’S GUIDE TO MURDER 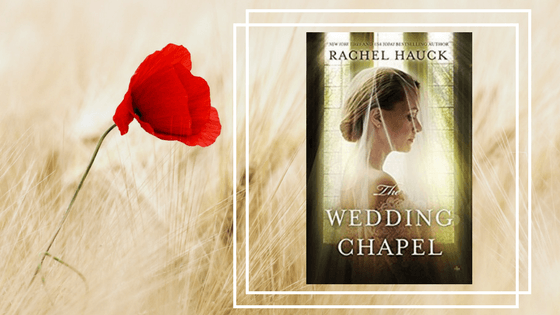 The Wedding/Heart’s Bend series from Rachel Hauck is a trilogy of books that are all loosely connected but have a common theme. Time slip novels centered around a wedding dress, a wedding chapel, and a wedding shop. The way they all end up tying together is my fave, and the supernatural touches are icing on the cake!

MY REVIEW OF THE WEDDING CHAPEL 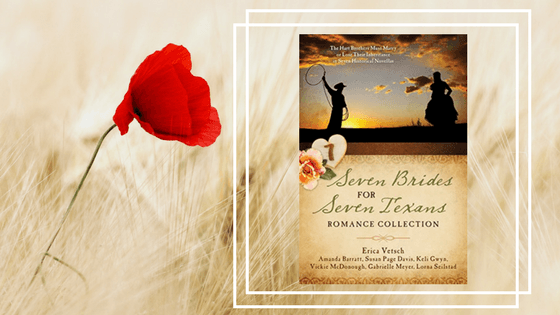 I always enjoy Barbour’s novella collections but this one is my fave to date! Seven different authors follow a family of seven brothers who have been given an ultimatum by their father to marry within the year. It’s unique because even though each story is written by a different author, the characters and the theme stay consistent.  Seven Brides for Seven Texans flows so cohesively that it feels as though it was written by one single voice instead of seven separate (TALENTED) authors.

MY REVIEW OF SEVEN BRIDES FOR SEVEN TEXANS

What about you? What are some unique reads you’ve loved lately?