Posted May 10, 2017 by meezcarrie in historical, Stephen P. Kiernan / 8 Comments 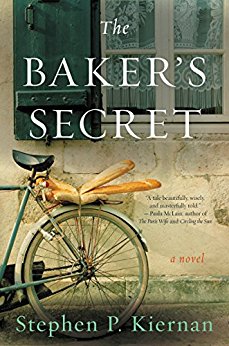 From the multiple-award-winning, critically acclaimed author of The Hummingbird and The Curiosity comes a dazzling novel of World War II—a shimmering tale of courage, determination, optimism, and the resilience of the human spirit, set in a small Normandy village on the eve of D-Day.

On June 5, 1944, as dawn rises over a small town on the Normandy coast of France, Emmanuelle is making the bread that has sustained her fellow villagers in the dark days since the Germans invaded her country.

Only twenty-two, Emma learned to bake at the side of a master, Ezra Kuchen, the village baker since before she was born. Apprenticed to Ezra at thirteen, Emma watched with shame and anger as her kind mentor was forced to wear the six-pointed yellow star on his clothing. She was likewise powerless to help when they pulled Ezra from his shop at gunpoint, the first of many villagers stolen away and never seen again.

In the years that her sleepy coastal village has suffered under the enemy, Emma has silently, stealthily fought back. Each day, she receives an extra ration of flour to bake a dozen baguettes for the occupying troops. And each day, she mixes that precious flour with ground straw to create enough dough for two extra loaves—contraband bread she shares with the hungry villagers. Under the cold, watchful eyes of armed soldiers, she builds a clandestine network of barter and trade that she and the villagers use to thwart their occupiers.

But her gift to the village is more than these few crusty loaves. Emma gives the people a taste of hope—the faith that one day the Allies will arrive to save them.

“In a time of humiliation, the only dignified response is cunning.” 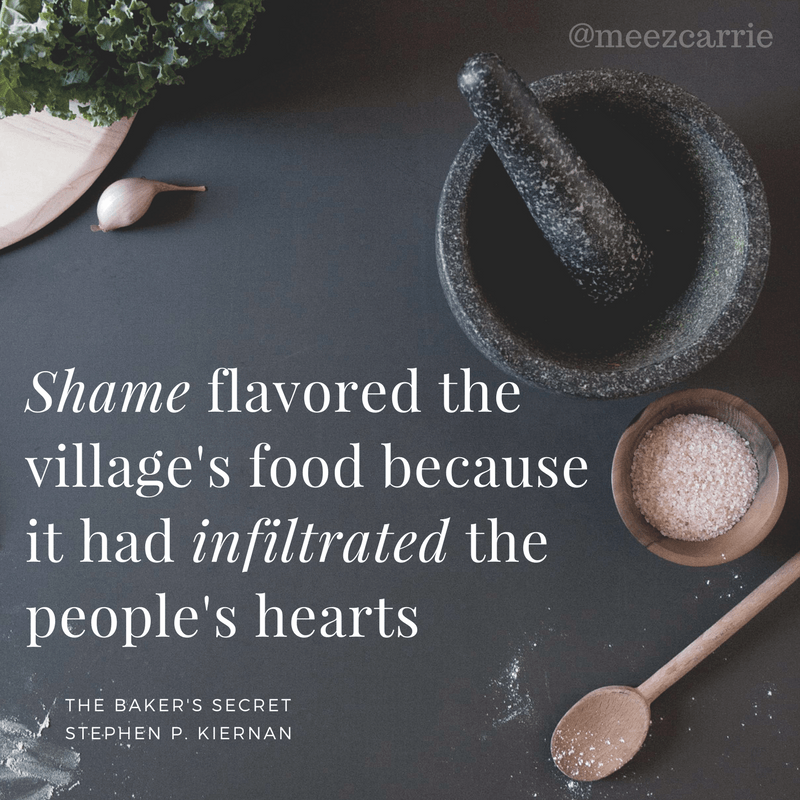 The Baker’s Secret by Stephen P. Kiernan shines a spotlight on the resilience of humanity amid the brutality of war. At times it’s tempting to look away, to ignore the rawness of survival, to pause the bleak hopelessness that clouds Emma’s life. It’s painful to see the abuses of the church’s Monsignor – a man who should, by his very job description, be the source of hope and integrity in the occupied village.  The honesty is graphic in places, discreet in others, and in every aspect of the story humanity’s fierce will to survive is both inspiring and sobering.

I loved reading about Emma’s craftiness in figuring out how best to help the starving and otherwise needy villagers (thanks to the Nazi occupation) all while avoiding detection. She vehemently denies being part of the Resistance, yet it’s her work that enables the local Resistance movement to thrive. While harsh and bitter loss follows her, Emma’s strong will remains resilient. Her grandmother is my favorite character in the book and I often wanted to stop reading just to hug her.

The writing is beautiful, almost poetic, with haunting lines such as:

“The guttural ruled the elegant, the command replaced persuasion, the shout overwhelmed the subtle.”

And this description of what the Allied invasion meant to the people of France, especially to Emma:

“The weight of their sacrifice might crush her. Here they had died, and up the beach they were still dying, in flocks and willingly for the idea that she, Emma herself, and her friends and family and neighbors, ought to live in freedom. Who on earth deserved such a gift?”

Bottom Line: The Baker’s Secret by Stephen P. Kiernan is exquisite in its prose and authentic in its execution. Its reality is painful, yes, but inspiring at the same time, and readers will gain a deeper understanding of both the occupation of France and the importance of D-Day and the subsequent Allied sacrifices. Keep a tissue box handy, but read this book with hope, hope that Emma doesn’t have. You already know what happened on June 6, 1944, but now see it with fresh eyes from the heart of a young woman who didn’t dare believe it was possible yet helped make it so.


Reviewer’s Note: Readers may want to be aware that there is some foul language in this book as well as scenes that may be difficult for some people to read.

Stephen P. Kiernan is a graduate of Middlebury College, Johns Hopkins University, and the University of Iowa Writers’ Workshop. During his more than twenty years as a journalist, he has won numerous awards, including the Brechner Center’s Freedom of Information Award, the Scripps Howard Award for Distinguished Service to the First Amendment, and the George Polk Award. He is the author of The Curiosity, his first novel, and two nonfiction books. He lives in Vermont with his two sons.

Other Books by Stephen P. Kiernan 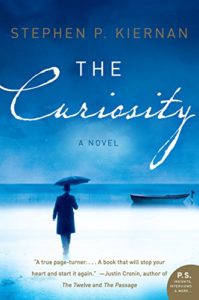 What about you? What is something that inspires you most about WW2 stories?