Posted May 13, 2017 by meezcarrie in Alexis A. Goring, Christian, contemporary, giveaway, romance / 4 Comments 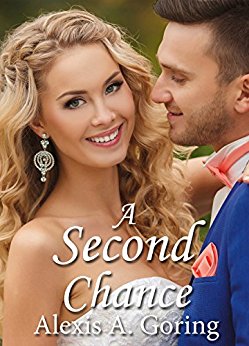 Newly single food critic and newspaper reporter Traci Hightower is done with dating. After the man of her dreams left her at the altar on their wedding day and ran off with the woman she thought was her best friend, Traci resolves to focus on work and resigns herself to being a bachelorette for life.

Marc Roberts is a political reporter who is known as Mr. Nice Guy, the one who always finishes last. However, Marc’s compassion and kindness is of invaluable help to his newly widowed sister Gina Braxton who is trying to raise her two kids in the wake of her firefighter husband’s death.

Traci and Marc may be the perfect match, but they don’t know it yet. With God’s guidance and the help of Gina’s matchmaking skills honed by her career as a bestselling romance novelist, there is hope for a happily ever after for these two broken hearts.

A Second Chance by Alexis Goring is a light, sweet romance novella with a cast of great characters. I particularly liked Carla, Traci’s friend and coworker. She added a bit of sass to the mix which made her role as advice-giver much less saccharine and more dimensional than it could have been.


The plot is unique – an inheritance with strings attached: Traci has to get married to someone her mother approves of in order to receive it. And she doesn’t want it just to pay bills (though those are a struggle for her). She wants the inheritance to open a bookstore, something she promised her late cousin she would do in her honor. What I found interesting was that Traci basically gave up on this hope when she got the letter explaining the conditions to the inheritance. She didn’t immediately start chasing a husband; in fact, it seemed to give her less hope than she had before. This adds a different spin to the trope and kept me invested to see how it would play out.

The characters are all sweet and fairly well defined as individuals. The problem, however, lies in their interactions with each other. Dialogue is often stilted/unnatural, interrupting the otherwise smooth flow of the story. There’s also not a lot of emotional depth or background. The characters react to things, certainly, but more often than not their reactions remain surface level at best or come out of left field. As a result, the reader doesn’t experience the emotions along with the characters and many times is left feeling as though some key information is missing.

Another thing that bothered me is the “insta-love”. Normally, I’m all for insta-love – or at least insta-“intense attraction” because it leaves more time for kissing 😉 But in this case the time span from first encounter to knowing he/she is “the one” was less than half a millisecond. Like, seriously “picking out the wedding china before they know each other’s names” fast. This fits with the lack of dimension/depth that I mentioned above, but if you can get past that the romance is sweet and will make you smile.

Bottom Line: A Second Chance by Alexis A. Goring makes for a quick, easy read, though it could use a bit tighter and more dimensional development. Novellas are tricky things though, and I think perhaps if the author had the space of a full-length novel several of the issues might have resolved themselves. Nevertheless, readers will enjoy meeting Traci and Marc and their friends and families!

(I voluntarily reviewed a complimentary copy of this book which I received via Celebrate Lit Blog Tours. All views expressed are only my honest opinion.)

My Rating: 3 stars / Cute & sweet but needs some more dimension 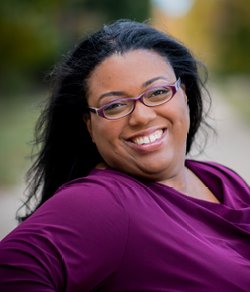 Alexis A. Goring is a passionate writer with a degree in Print Journalism and an MFA in Creative Writing. She loves the art of storytelling and hopes that her stories will connect readers with the enduring, forever love of Jesus Christ.

To celebrate her tour, Alexis is giving away four eBook copies of her book – A Second Chance! Click below to enter. Be sure to comment on this post before you enter to claim 9 extra entries!

This giveaway is hosted by Celebrate Lit. Follow along with the blog tour for a list of stops and more chances to win!

4 responses to “Book Review (and a Giveaway!): A Second Chance by Alexis A. Goring”