Welcome to the: Thomas Nelson’s Young Adult Summer of 2017 Feature with 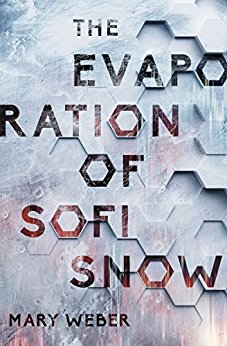 For fans of Ender’s Game and Blade Runner comes a story of video gaming, blood, and power.

Ever since the Delonese ice-planet arrived eleven years ago, Sofi’s dreams have been vivid. Alien. In a system where Earth’s corporations rule in place of governments and the humanoid race orbiting the moon are allies, her only constant has been her younger brother, Shilo. As an online gamer, Sofi battles behind the scenes of Earth’s Fantasy Fighting arena where Shilo is forced to compete in a mix of real and virtual blood sport. But when a bomb takes out a quarter of the arena, Sofi’s the only one who believes Shilo survived. She has dreams of him. And she’s convinced he’s been taken to the ice-planet.

Except no one but ambassadors are allowed there.

For Miguel—Earth’s charming young playboy—the games are of a different sort. As Ambassador to the Delonese, his career has been built on trading secrets and seduction. Until the Fantasy Fight’s bomb goes off. Now the tables have turned and he’s a target for blackmail. The game is simple: Help the blackmailers, or lose more than anyone can fathom, or Earth can afford.

From the award-winning author of the Storm Siren Trilogy, step into a diverse cast of characters spanning from the electric metropolises of earth to the chilling alien planet above, in a story of re-finding yourself in the midst of losing the one thing you love. Before it all evaporates.

“If anyone listening was involved in the attack or with our attempted murder, you should know I will find you.“

The Evaporation of Sofi Snow is intense and full of twists and turns and people (and aliens) you’re not sure you can trust. About the only person I was sure I could trust was Sofi Snow. Maybe. lol. And that ending!! If you’re like me, you’ll be frantically tapping the kindle (or shaking your print copy), hoping for more pages. Argh.

To be honest, it took me a few chapters to get fully into this novel, but then again I’m not usually a fan of science fiction so take that observation with a grain of salt. Once it clicked though, HELLO. I couldn’t put it down. Mary Weber feeds the reader information about the characters, about the setting, about the plot itself, a little bit at a time, causing my mind to whirl the whole time I was reading. I love books that can keep me thinking for the duration – trying to figure out who to keep an eye on and predict what might happen next. And then … usually … Weber did something I wasn’t expecting. Which I love even more.

Sofi Snow is a strong heroine without sacrificing her heart and her vulnerability.  And like just about every big sister would say, “don’t mess with her younger brother or she’ll take you down.” There is a side of Sofi that just made me really sad, some choices I was disappointed in, but

So I am withholding further judgment on this particular issue until I’m finished reading both books, waiting to see if we learn more about why she has made these choices and how it affects her character growth over the course of the duology 🙂

Miguel is equally complex – maybe even more so – and he turned out to be one of my favorite characters in the novel! From his lavender hair to his playboy-facade good looks and charm to even the way Weber seamlessly incorporated his bilinguality into his conversations.  The more I learned about him, the more I liked him … especially toward the end. And his best friend Claudius is a hoot!

Perhaps the most important part of The Evaporation of Sofi Snow is the message that exists beneath the surface of the story, mainly the atrocities of human trafficking and the importance of retaining your humanity in a world that feels alien. Neither theme is blatant or preachy; instead, they subtly weave throughout the characters, the setting, the events that unfold in ways that enhance each element.

Bottom Line: The Evaporation of Sofi Snow may have taken me a few chapters to fully embrace, but once it hooked me I couldn’t put it down. The characters are unique and layered, the plot full of surprises, and the worldbuilding is dimensional and creative.  Keep in mind as you’re reading that there’s another book to come, so not everything will be explained or tied up by the end of this one. And given the riveting twists and turns in this installment, I don’t think it’s safe to assume anything about book #2! Which… by the way … that second book could show up in my inbox any time now. Just sayin’ 😉

Mary Weber is a ridiculously uncoordinated girl plotting to take over make-believe worlds through books, handstands, and imaginary throwing knives. In her spare time, she feeds unicorns, sings 80’s hairband songs to her three muggle children, and ogles her husband who looks strikingly like Wolverine. They live in California, which is perfect for stalking L.A. bands, Joss Whedon, and the ocean.

Other Books by Mary Weber 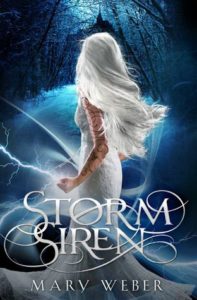 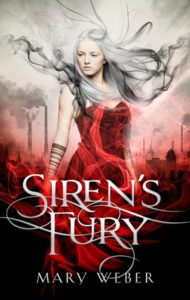 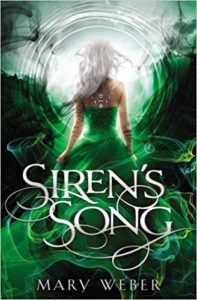 (3) Winners will each win a finished hard copy of The Evaporation of Sofi Snow by Mary Weber, courtesy of Thomas Nelson Publishers. Giveaway ends on May 26, 2017, 11:59 PM EST.

25 responses to “Book Review (and a Giveaway!): The Evaporation of Sofi Snow by Mary Weber”