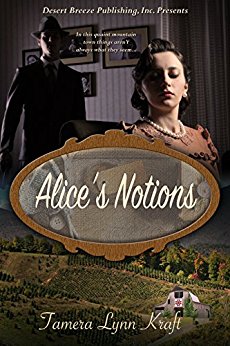 In this quaint mountain town, things aren’t always what they seem.

World War II widow Alice Brighton returns to the safety of her home town to open a fabric shop. She decides to start a barn quilt tour to bring business to the shop and the town, but what she doesn’t know is sinister forces are using the tour for their own nefarious reasons

Between her mysterious landlord, her German immigrant employee, her neighbors who are acting strange, and a dreamboat security expert who is trying to romance her, Alice doesn’t know who she can trust.

“His adorable Cary Grant smirk didn’t fool her a bit.” 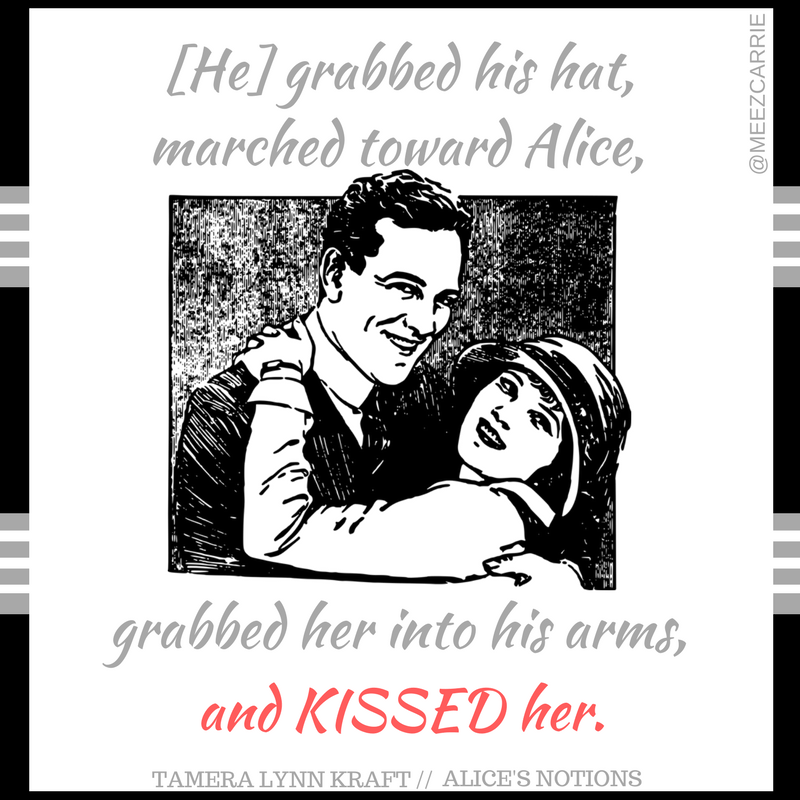 When Alice’s Notions by Tamera Lynn Kraft starts out, you may be tempted to think it will be a sweet historical story about a young woman learning to navigate life as a war widow. And while it IS an historical story about a young war widow, it’s so much more than that. It’s full of intrigue, suspense, ROMANCE, and a heartfelt plot line on overcoming prejudices and assumptions. And did I mention romance? Because that first kiss is a doozy! A couple of subsequent ones are too. Whew!


Alice is a feisty heroine who PURSE WHOMPS! I love! She won me over when she first wields her handbag as a weapon and then we became kindred sisters when she weighs it down with a brick just to be safe haha! I use books but … you know… a brick works too 😉

Kraft has done a great job with setting and history; the added touches throughout help readers feel immersed in the era. (Though, I have to say, from the perspective of my 21st century sensibilities, the words “doll” and “dame” for women got old real fast!) Kraft has also perfectly captured the general fear that pervaded the world – particularly the United States – during the post WW2 Cold War. In Alice’s Notions, it shows up most clearly in the struggle with prejudice that Alice and many other people in Burning Bush face when her “displaced immigrant” turns out to be a German. But Greta is too much of a help for Alice to turn her away outright, and I really loved watching their friendship develop as Alice comes to know Greta’s heart.  This fear-based prejudice is so timely for our world today as well, even if it has a different face.

Bottom Line: Alice’s Notions by Tamera Lynn Kraft is full of great kisses, yes, but it’s so much more than that. It’s a look at a tumultuous time in our nation’s history and how fear can strangle us if we give it a foothold. It’s also a story of courage, of intrigue, and of heroism. It surprised me in many ways, and I loved the glimpses inside an era we don’t read about much in fiction anymore. This novel reminds me of the Cary Grant/Audrey Hepburn movie “Charade”, so if you love that movie you’ll really enjoy this story as well! (Update: I totally wrote that before reading the author’s post below!)

(I voluntarily reviewed a complimentary copy of this book which I received via Celebrate Lit Blog Tours. All views expressed are only my honest opinion.)


KissingBook Level: 3 / WILL forget to breathe on occasion 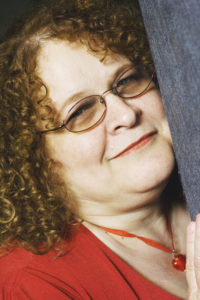 Tamera Lynn Kraft has always loved adventures. She loves to write historical fiction set in the United States because there are so many stories in American history. There are strong elements of faith, romance, suspense and adventure in her stories. She has received 2nd place in the NOCW contest, 3rd place TARA writer’s contest, and is a finalist in the Frasier Writing Contest and has other novellas in print. She’s been married for 38 years to the love of her life, Rick, and has two married adult children and two grandchildren. Tamera has two novellas in print: A Christmas Promise and Resurrection of Hope. Her first full length novel, Alice’s Notions released in April through Desert Breeze. 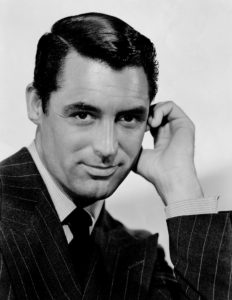 One thing I loved about writing my post World War Two novel was my main character’s passion for movies. Alice Brighton and her late husband loved to go to movies on Friday nights. Now, even after the war made her a widow, Alice still loves movies and compares everyone she meets to a movie character.

Of course for Alice, all these wonderful classic movies and movie stars and a part of her culture, but for me, it was so much fun because I love classic movies. In the novel, Alice compares her landlord to Cary Grant. Cary Grant is one of my favorites. After starring in movies like Suspicion, Arsenic and Old Lace, and Notorious, Grant was one of the biggest stars around in 1946 when Alice’s Notions takes place. My favorite Cary Grant movie wouldn’t be made until a few years later. An Affair to Remember, released 1957, with Cary Grant and Deborah Kerr is one of my all-time favorites. 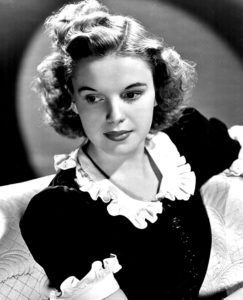 At one point in the novel, Alice thinks back to when her late husband always said she reminded him of Judy Garland. Garland would have been twenty-four at the time, just a bit younger than Alice, but she became a big star in her teens. She began acting at two years old when she debuted as Baby Francis and sang Jingle Bells. After playing in various roles including a few movies with Mickey Rooney, Garland had her big break in The Wizard of Oz. She went on to star in a ton of movies and had a thriving singing career until she committed suicide in the 1960s. One of my favorite Judy Garland movies released in 1945 during the war was The Clock. The Clock was about a woman who met and fell in love with a GI on leave. Their romance was intensified because they only had the weekend before he was shipped out again for the remainder of the war. This movie must have been in Alice’s mind since she had lost her husband shortly after the movie came out. 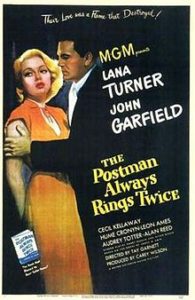 During Alice’s Notions, Alice goes on a date to see the movie, The Postman Always Rings Twice, starring Lana Turner and John Garfield. It was released in 1946 and was considered scandalous at the time because the two main characters have an affair and murder her husband. The main theme of the movie is you can’t get away with your sin. The truth will be revealed. In Alice’s Notions, the truth being revealed is also a main theme. 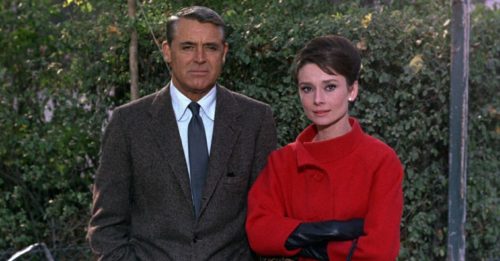 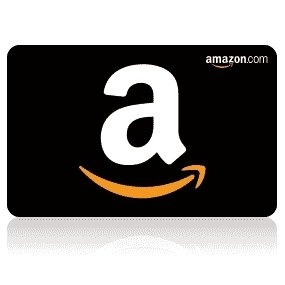 To celebrate her tour, Tamera is giving away a $25 Amazon Gift Card!

This giveaway is hosted by Celebrate Lit.

What about you? What’s your favorite classic movie?

47 responses to “Book Review (and a Giveaway!): Alice’s Notions by Tamera Lynn Kraft”