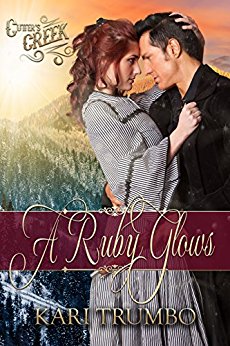 Ruby’s heart froze as she threw her dead husband over the cliff.

When Beau walks into her life, one glance has her running from her past. He couldn’t want someone like her. It should be easy to avoid his quiet charm.

If he can convince her she’s a prize, not prey, he might have a chance.

Beau’s captivated when Ruby scrambles from him whenever he gets too close. Her sweetness is an allure he can’t fight.

Can Beau convince Ruby she is beloved? 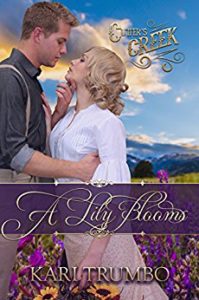 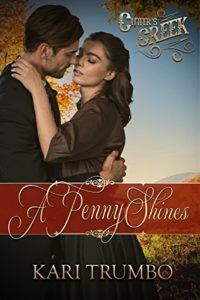 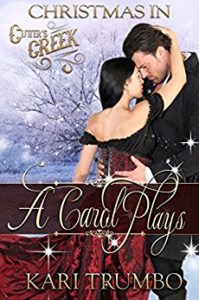 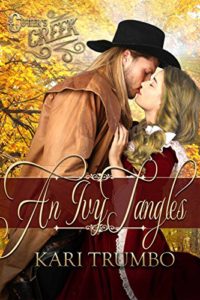 “No man would ever rule her again … She’d kill him first.” 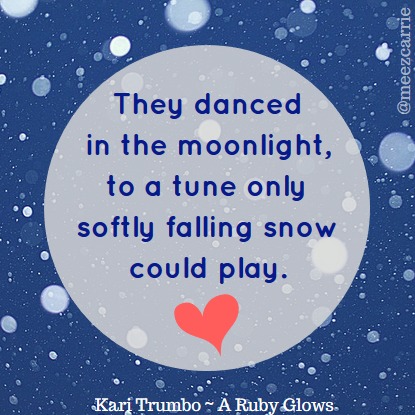 A Ruby Glows by Kari Trumbo is a sweet story about a young woman who has been through unthinkable trials, thanks to her father’s bad decisions. Ruby isn’t very world-wise and her country way of speaking makes it difficult for her to fit in to Cutter’s Creek at first. It’s also, though, what draws Beau’s attention and he begins a steadfast pursuit of her heart. (Be prepared to swoon a little)

Ruby’s character is layered, her story complex, though some of her reactions seemed a little off to me. Beau is a typical Western hero, and I enjoyed getting to know him and Ruby better after first reading Dreams in Deadwood, the book that essentially comes next.

On that note, it was really interesting to me to go back and read A Ruby Glows after first Dreams in Deadwood. So in many ways it felt like a prequel to me, which I guess it really is. Especially since Dreams in Deadwood starts a spin-off series of sorts from A Ruby Glows. A lot that didn’t make sense to me in Dreams fell into place as I was reading Ruby and that feeling of “everyone knows everyone but i don’t” reduced considerably. So… that said … it would be a good idea to read this book before you start Trumbo’s new series 🙂

Bottom Line: If you’re a fan of western romance, you’ll want to check out the Cutter’s Creek books by Kari Trumbo and the other contributing authors. A cast of colorful characters rounds out an emotional plot and a sweet story. The romance progresses naturally, and Beau’s heart of gold where Ruby is concerned is swoonworthy. A nice pick for an evening/weekend in!


(I voluntarily reviewed a complimentary copy of this book which I received via Celebrate Lit Blog Tours. All views expressed are only my honest opinion.) 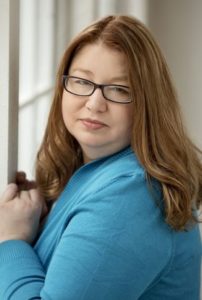 Kari Trumbo is an inspirational romance author, blogger and proud home schooling mother to four great kids. She interacts often on reader groups on Facebook and volunteers at the local library when needed. When she isn’t writing, she is obsessively reading and expanding her skills as a wordsmith. Kari lives in her great-grandfather’s remodeled 1890-built home in central Minnesota with her husband, children, cats, and one hungry wood stove.

Other Books by Kari Trumbo 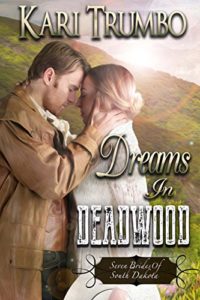 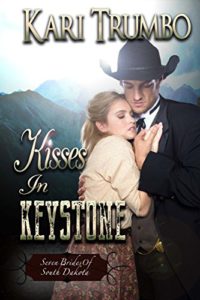 Greetings! I hope this isn’t your first introduction to Cutter’s Creek, but if it is, let me explain a bit about it. Cutter’s Creek is a series written by myself and three other Christian authors. Though there are numbers on each book, you don’t have to read them in order to get into the series, in fact, since each author writes in their own time period it might be somewhat confusing. Especially if you like a consecutive story. However, they are all stand-alone books and can be read in any order. If you like to read them in date order, you’ll want to read Kit Morgan’s books first, then Vivi Holt, Annie Boone, and finally mine, that will put them roughly in time order.

The Cutter’s Creek series has been a huge blessing to me. I’ve gotten to write with some wonderful authors and learned so much about writing a series together. So, out of my Cutter’s Creek books, why did I choose Ruby over Lily, Ivy, or Carol…well, I hate to play favorites, but Ruby is my favorite. She’s quiet, and her strength is surprising. She has a big trial, and some hurt to work through, but when you find the right person to help you through it, that’s a gift more precious than anything.

I hope you love Ruby as much as I do. Blessings, Kari 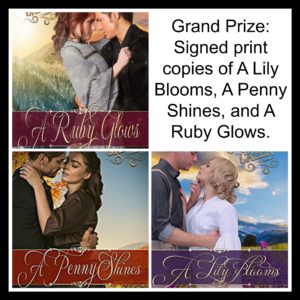 To celebrate her tour, Kari is giving away signed print copies of A Lily Blooms, A Penny Shines, and A Ruby Glows!! Click below to enter. Be sure to comment on this post before you enter to claim 9 extra entries!

This giveaway is hosted by Celebrate Lit Blog Tours. Follow along with the tour for more chances to win!

16 responses to “Book Review (and a Giveaway!): A Ruby Glows by Kari Trumbo”