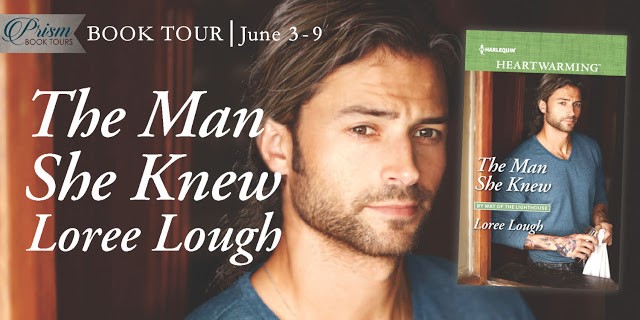 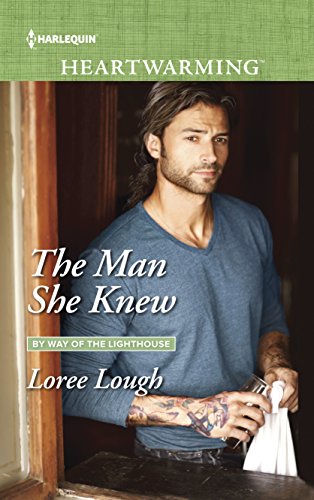 Don’t they both deserve a second chance?

Fourteen years ago, one reckless act cost Ian Sylvestry everything, including the girl he planned to marry.

Since then, he has fought hard to turn his life around. Returning to his Baltimore town after serving a prison term was the first step. Winning back Maleah Turner’s trust is a far more daunting challenge.

From their first sparks-flying reunion, it’s obvious they still have powerful feelings for each other. In fact, they might be even stronger together now.

But if their second chance is going to work, Maleah has to believe that Ian is a changed man. She really wants to believe…but she simply isn’t convinced.

The Man She Knew starts a brand new series by Loree Lough, and it’s full of great characters and a heartfelt plot.

Maleah’s family is lots of fun, as long as you see past their fierce (and prejudicial) protectiveness of her. Her grandparents, particularly her grandfather, made me chuckle and cry in turn. Ian’s Aunt Gladys is a hoot! Oh my stars, I loved her. She’s feisty and speaks her mind and loves deeply.

Maleah and Ian’s relationship is complicated – in both the past and the present. With her family against them from the start, their high school romance ended tragically when Ian reacted to Maleah’s hesitations and became the getaway driver for a robbery turned deadly. It’s been several years since he was released from prison but they’ve had no contact. For his part, Ian has made a success of his second chance and is a compassionate man with a variety of irons in the fire. Besides operating his popular restaurant, he volunteers with special needs kids, trains rescue dogs and aids the police in SAR as well. Add in the motorcycle and you’ve got yourself a swoony reformed bad boy hero!

One thing I loved about this novel is that, while neither Maleah and Ian have fully gotten over each other, when they are reconnected they start out friendly with no expectation for more. Both have the right to still be upset – Maleah for how Ian screwed things up and Ian for the painful way Maleah rejected him (and his letters) when he most needed her. Yet, instead of trading barbs and bitter insults, they are for the most part kind to each other. Awkward, at first, to be sure. But kind and respectful. It was refreshing to watch this play out between them.

I did think some of the pacing in their relationship felt odd as it progressed. Maleah’s sudden change of heart … and then back again… gave me a bit of pause, as did Ian’s surprising (to me) actions at the end.  The progression seemed steady and then sped up and then went back to the level it had been at… and then barrelled to a conclusion without much explanation between the two. Overall, this isn’t a big deal though and all the pluses in this novel outshine this one negative.

Bottom Line: There are a lot of things going on in The Man She Knew – and it all combines to make a great read! An inspiring story of second chances, forgiveness and family, this novel more than lives up to its ‘heartwarming’ brand. It never gets sappy, though, or saccharine; instead, Lough has given us warm characters, a compelling plot, and a tender romance. 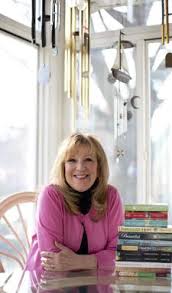 Bestselling author LOREE LOUGH once sang for her supper, performing across the U.S. and Canada. Now and then, she blows the dust from her 6-string to croon a tune or two, but mostly, she writes novels that have earned hundreds of industry and “Readers’ Choice” awards, 4- and 5-star reviews, and 7 book-to-movie options. The Man She Knew, #1 in her “By Way of the Lighthouse” series, her 3rd for Harlequin Heartwarming, is available at Amazon, Barnes and Noble, and Harlequin.com.

Other Books by Loree Lough 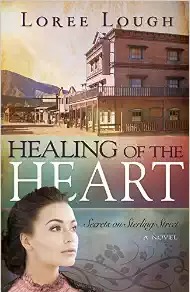 13 responses to “Book Review (and a Giveaway!): The Man She Knew by Loree Lough”