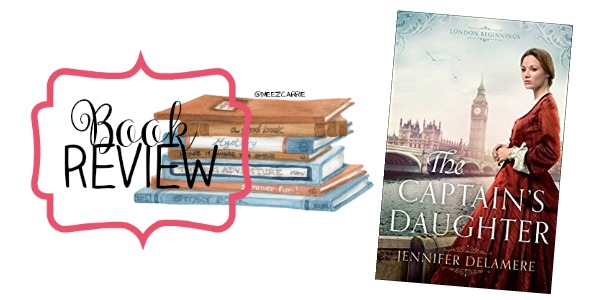 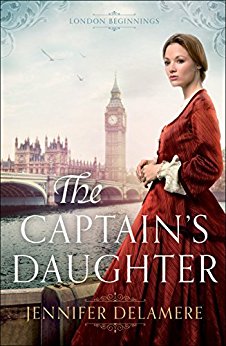 When a series of circumstances beyond her control leave Rosalyn Bernay alone and penniless in London, she chances upon a job backstage at a theater which is presenting the most popular show in London.

A talented musician and singer, she feels immediately at home and soon becomes enthralled with the idea of pursuing a career on the stage.

An injury during a skirmish in India has forced Nate Moran out of the army until he recovers. Filling his time at a stable of horses for hire in London, he has also spent the past two months working nights as a stagehand, filling in for his injured brother. Although he’s glad he can help his family through a tough time, he is counting the days until he can rejoin his regiment. London holds bitter memories for him that he is anxious to escape.

But then he meets the beautiful woman who has found a new lease on life in the very place Nate can’t wait to leave behind. 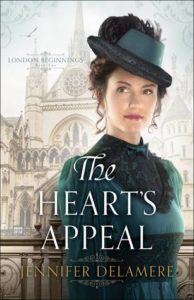 “Life doesn’t always go according to plan… Grab on to the opportunities that open to you.” 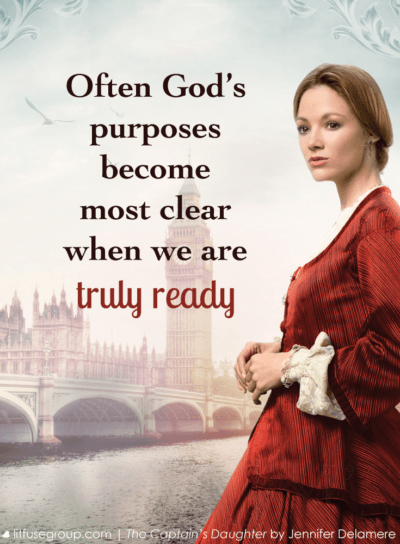 The Captain’s Daughter by Jennifer Delamere is the kind of story that wraps around you like a warm shawl and makes you wish that you could – for a brief moment anyway – join the characters and their lives in progress.


The references to George Muller (one of my faith heroes!) as well the glimpses behind the scenes of London theater, including the most popular show at the time and the one waiting in the wings, made the history/drama geek inside me fangirl-clap with delight. Nate & Rosalyn are both such compelling characters, and I fell head over heels in love with Nate’s family! The chemistry between Nate & Rosalyn is instantaneous and electric, but it’s their warm affection for each other as their friendship develops that I loved most. I’m also excited that Julia’s story (Rosalyn’s sister) is next and I’m eagerly waiting for Cara’s. Their sisterly bonds, despite the tragedy of their past, are strong and endearing.

Speaking of the tragedy of their past…. it seems that there may be an ongoing story arc between the books. While their mother died of consumption, the three sisters don’t really know what happened to their father. Just that he disappeared at sea (in that way, the title has a marvelous double meaning).  Y’all know I love a good mystery so I’ll be keeping an eye on this potential arc for sure!

Bottom Line: Victorian England comes to life on the pages of The Captain’s Daughter. I loved that the focus is not on the upper class but the everyday person, the working class, the soldier, even the theater. Warmth and humor surround the story, despite the fact that the setting walks through some seedier sides (and characters) of London. An absorbing story that keeps you intrigued until the last word and leaves you wanting more time with these new friends.


See what others are saying: Litfuse Tour 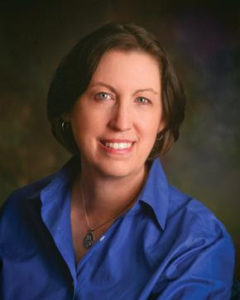 Jennifer Delamere’s debut Victorian romance, “An Heiress at Heart,” was a 2013 RITA award finalist in the inspirational category. Her follow-up novel, “A Lady Most Lovely,” received a starred review from “Publishers Weekly” and the Maggie Award for Excellence from Georgia Romance Writers. Jennifer earned a BA in English from McGill University in Montreal, where she became fluent in French and developed an abiding passion for winter sports. She’s been an editor of nonfiction and educational materials for nearly two decades, and lives in North Carolina with her husband.


Other Books by Jennifer Delamere 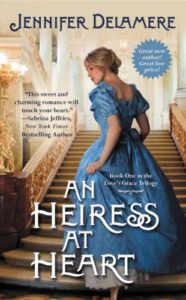 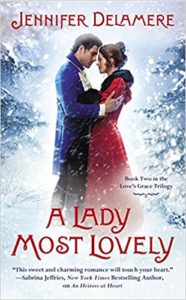 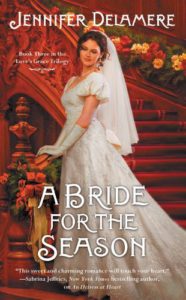 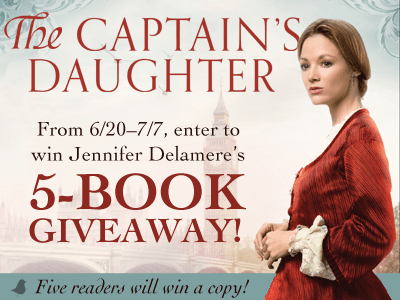 What about you? What’s your favorite musical, opera, or play? Have you ever seen it live?

37 responses to “Book Review (and a Giveaway!): The Captain’s Daughter by Jennifer Delamere”