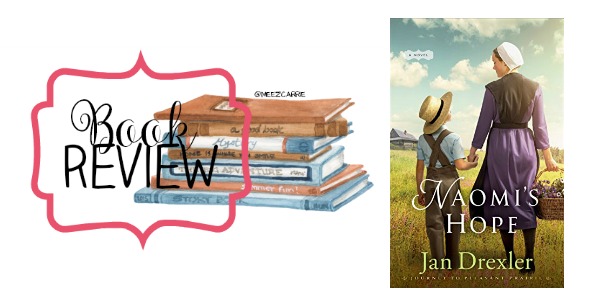 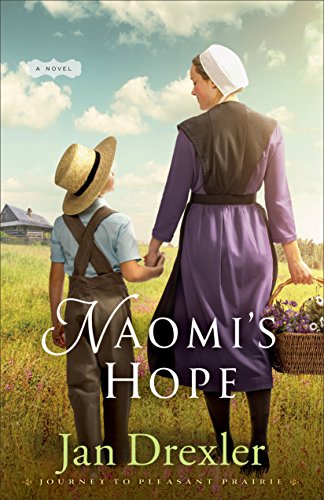 Despite growing pains in her 1846 Amish community in Indiana, Naomi Schrock has settled into a comfortable life in her parents’ home with her adopted son, Davey. Surrounded by family and friends, she tries not to think about the fact that she’s not at the top of any man’s list of potential wives.

Yet when Cap Stoltzfus moves into the area and befriends Davey, Naomi finds herself caught between the plans she has made for her future and the tantalizing thought that Cap might be part of a life she never dared to hope for.

When a couple shows up claiming to be Davey’s true family, Naomi and Cap must unite to make the decision that will determine the boy’s future as well as their own. How can she relinquish him to these unknown relatives? And can God somehow bring wholeness to her heart? 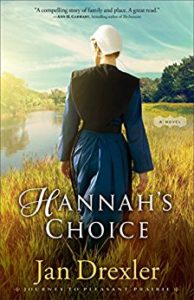 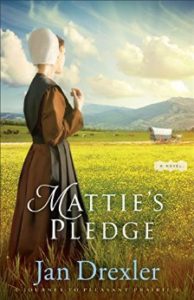 “If she could, she’d tell God a thing or two about how he controlled his world.“

Naomi’s Hope spotlights the Amish migration west from Pennsylvania during the 1840s, and I love this rare opportunity to read an Amish historical novel. (In fact, my curiosity got the better of me & I looked up this category on the Inspirational Historical Fiction Index. Only 66 hits and some of them are Quakers/Mennonites/Shakers instead of Amish.) Needless to say, the field of Amish historicals is small but it’s one of my very faves because it gives such fascinating insight into how they settled in groups and interacted with other settlers – at a time when the manner of dress and speech of their non-Amish neighbors wasn’t as different from the Amish as it is today.


Both Cap and Naomi struggle with the age-old question of why a good God allows bad things to happen to people who love Him. I appreciated the way that Drexler honestly and grace-fully tackled this subject that will hit close to home for many readers. I think it’s especially important that both of these characters come from backgrounds of faith, surrounded by people who seem to have more peace with this issue – and with God – than they themselves do. Unbelievers are not the only ones who battle these kinds of doubts, and when believers ask ‘why’ or ‘how’ they often don’t feel that they can voice their concerns aloud in their church community. Cap and Naomi’s authenticity – as well as God’s faithfulness – will encourage readers who are in the same boat.

Davey is adorable. Precocious. Tender-hearted. All boy. He desperately wants a father, and his relationship with Cap is sweet and full of adoration. Davey works his way into Cap’s heart the same way he will yours. Naomi’s interactions with Cap are wary at first but as their friendship develops we see more of her true personality. And Cap’s.

The community is a mix of characters. Most are seeking God’s heart. A few, however, have other interests in mind. Shem, in particular. That man. If ever I wanted to reach into a book and purse whomp someone with a bag full of hardcovers … it would be Shem.  Christian made up for him, though. Mostly. (My purse is still a little twitchy). Everything Shem is, Christian is the opposite. Through the majority of the book, I wanted to sit at Christian’s feet and absorb his wisdom and gentleness.  Drexler has done a great job contrasting these two men without straying into stereotype or cliches.

Bottom Line: An adventurous little boy. A grieving widower wrestling with his faith. A single mom struggling with trust. A nasty man with selfish motives. And a settlement of people who have left home and the comfort of the familiar to establish a new community with a whole different set of challenges. The honest questions, struggles, and emotions of life will resonate with a wide variety of readers, and the plot keeps you turning the pages to see how it all plays out. 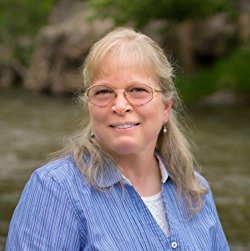 Jan grew up surrounded by books and storytellers. With Pastors and Teachers populating both sides of her extended family, we aren’t surprised that she wanted to be a first-class storyteller herself.

Born and raised in Michigan, Jan is the descendant of Amish, Mennonite and Brethren immigrants who settled in Berks, Somerset and Lancaster Counties in Pennsylvania in the mid-1700’s. The descendants of these immigrants pioneered in Maryland, Ohio, and finally Elkhart and LaGrange Counties in Northern Indiana in the 1850’s.

During the years when Jan was raising and homeschooling their children, she and her husband moved nine times in thirty years, finally landing in South Dakota where they enjoy incredibly Michigan-like weather. A northerner is always a northerner!

The ideas for Jan’s books come from the stories told by her parents and grandparents, seasoned with a lot of research and imagination.

Other Books by Jan Drexler 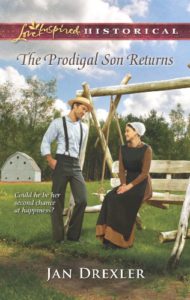 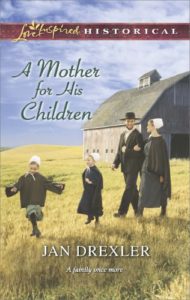 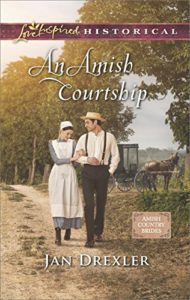 What about you? Which character I’ve mentioned would you most like to meet?