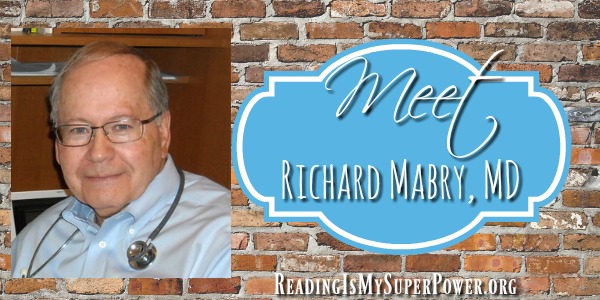 I’ve been eagerly waiting for Dr. Mabry’s newest book, Cardiac Event (watch for a review soon), and I’m pleased to welcome him back to the blog for a chat!

Dr. Richard Mabry is a retired physician, now writing “medical suspense with heart.” He is the author of ten published novels, three novellas, and a non-fiction book. His novels have garnered critical acclaim and been finalists for ACFW’s Carol Award, both the Romantic Times’ Inspirational Book of the Year and Reviewer’s Choice Awards, the Inspirational Readers Choice, and the Selah Award. He is a member of the American Christian Fiction Writers, the International Thriller Writers, the Faith-Hope-Love chapter of the Romance Writers of America, the Christian Authors Network, and Novelists Inc. 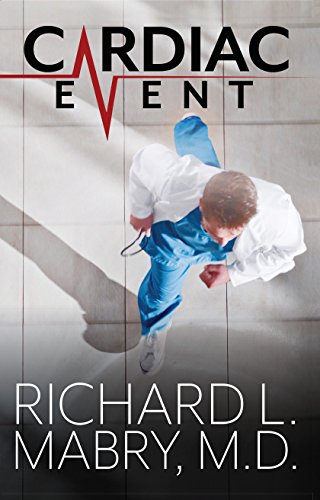 
Cardiologist Dr. Kirk Martin continually crosses swords with Dr. Cliff Hamilton, so he is surprised when Hamilton asks him to care for him after a heart attack.

When he is ready for discharge, Hamilton is found dead in his hospital bed, and Martin is suspected of murdering him.

After another doctor is found shot to death, Martin’s girlfriend, nurse Janet Rush, reminds him to be careful because he may be next.

Can he save his own life while searching for the identity of the real murderer?

Hi Dr. Mabry! Welcome back to the blog! You’ve answered my ‘fast four’ not that long ago, so instead, tell me – What are some things people might not know about you?

Well, my background includes my serving as an interim minister of music (both in civilian life and while in the Air Force in the Azores). 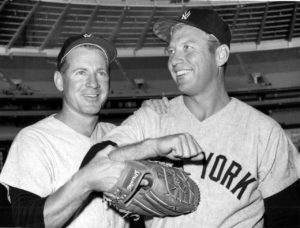 Although I served in the Air Force and participated in a helicopter rescue, I’m terrified of heights.

Although I could throw a curve ball, I couldn’t hit one, so I never advanced beyond semi-pro baseball. However, I have attended several baseball fantasy camps, and was standing in the first base coaching box when Mickey Mantle hit a home run off Whitey Ford.

Carrie: WOW! I think I would lead with that Mickey Mantle thing in general conversation 🙂


Did you always want to be a writer?

Richard:  No. I practiced the specialty of otolaryngology (that’s ear, nose, and throat if you don’t like long words) for over 36 years, the last decade as a professor at a prestigious medical center. Although I wrote or edited a number of textbooks during that time, I never had any ambition to become a non-medical writer after retirement. I sort of backed into it when I decided to write about my experiences after the death of my first wife. Jim Bell challenged me to try my hand at fiction when I attended a writers’ conference. Incidentally, my non-fiction book was published more than a decade ago, and my publisher recently put out a second edition of The Tender Scar. Meanwhile, I’ve published a total of eleven novels and three novellas. Funny how all this worked out.

Carrie: God clearly had (and still has) a plan for you as a writer! As a reader who really enjoys your novels, I’m glad you took that leap!


What is your process when writing a novel? Do you plot everything out or write “by the seat of your pants?”

Richard: I’m a definite “pantser,” so far as the flow of the novel plot goes. I begin with a central premise. Then I populate the novel, at least the major characters. I have a general idea of how the plot will proceed, but that may change. I’ve often had to write as many as 10,000 words before I see where things are going, and at this point it’s sometimes necessary to revise or even rewrite the entire novel. Eventually I reach the point where I know how the novel is going to end, but when I start out I don’t know who the “bad guy” will be, so I have to keep the reader guessing along with me. If I plot out anything, it’s just in my head, and it frequently changes.

Carrie: I love that you don’t who the bad guy is when you start!


What was your inspiration for Cardiac Event? 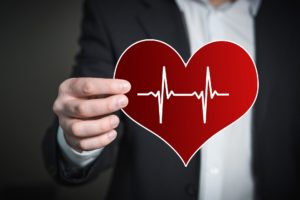 Richard: Like most authors, I start with a “what if?” In this case, I wondered what would happen if a cardiologist (heart specialist) was asked to care for a colleague with whom he’d had differences in the past. Then, what if that second doctor died? From there, the idea grew, as did the list of characters. When I finished, I had a doctor and his fiancé, his physician associate, a chief of staff, a hospital administrator, some police detectives, and… Well, you never know what’s going to happen when you don’t plot things out in advance.


Will all your future novels be independently published?

Richard: People think a writer stays with one publisher indefinitely. That’s true of a few authors, but not many of us. Most of us have contracts (usually for two or three books at a time) that require renewal, and sometimes factors make us go with a different publisher. For example, the one that has put out seven of my eleven novels has discontinued its Christian (or “inspirational”) fiction line. The publisher with whom I initially signed for publication of Cardiac Event was a new house with experienced people at the helm, but financing problems threw a monkey wrench into the process. All this is of little interest to most readers, but it matters a lot to authors. What I can say for myself is that, as of right now, independent publication seemed to be the right thing for me. As for the future—who knows?

Carrie: God has led you all along the way so far in this crazy industry, and I know He will continue to do so.

Dr. Mabry is giving away a copy of Cardiac Event to one of my readers! (Print – US only, Kindle version – open internationally except where prohibited by law) This giveaway is subject to Reading Is My SuperPower’s giveaway policies which can be found here. Enter via the Rafflecopter form below.


What about you? What did you learn about Dr. Mabry and/or his books?