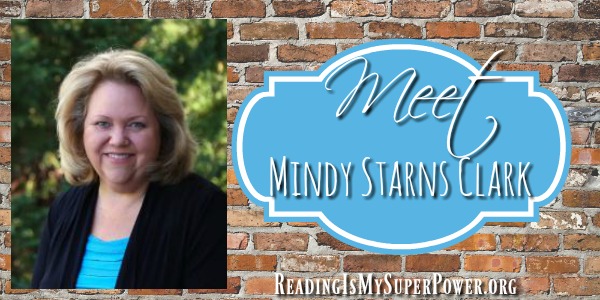 As part of the Litfuse blog tour for My Daughter’s Legacy, I am pleased to welcome to the blog today one of the coauthors – Mindy Starns Clark.

Mindy Starns Clark is the bestselling author of more than 20 books, both fiction and nonfiction, with over a million copies sold. Mindy and her husband, John, have two adult children and live in Pennsylvania. 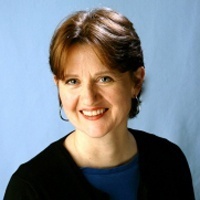 Mindy’s coauthor for the Cousins of the Dove series is Leslie Gould.

Leslie Gould, a former magazine editor, is the author of numerous novels, including “Beyond the Blue” and “Garden of Dreams.” She received her master of fine arts degree from Portland State University and lives in Oregon with her husband, Peter, and their four children. 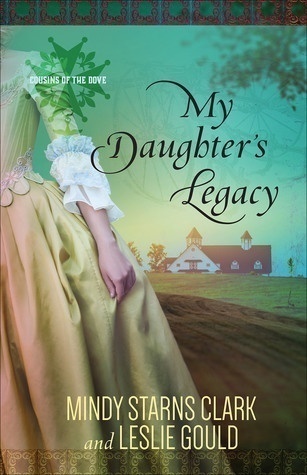 Therese Jennings cannot abide the thought of owning slaves. When her widowed mother inherits a plantation, Therese flees to Civil War Richmond, where she works as a governess by day and tends to wounded soldiers at night. But when trouble befalls her family, can she reconcile her obligations with her beliefs? And will love—whether with an old beau or a handsome new suitor—ever fit in her broken world?

Nicole Talbot’s life is back on track after years of substance abuse. Home from college for the summer, she’s finally ready to share a shocking secret, one that raises new questions about a traumatic childhood experience. But when facts she uncovers cast doubt on her family’s legacy, she must risk all that she’s gained—her fresh start, her family’s trust, and her growing relationship with a new man—to unlock the secrets of the past.

From the Christy Award-winning team of Mindy Starns Clark and Leslie Gould comes a thrilling tale of two women longing to follow God’s leading, make the most of second chances, and find true love at last.

Hi Mindy! Welcome to the blog! I start all of my guests out with a fast four:

Carrie: We’re going to have to agree to disagree on these first two questions 😉


Carrie: My dog Zuzu says it’s all for the best lol.

Mindy: Coffee, but my #1 preference for a morning beverage is Diet Dr. Pepper.

Mindy: Probably invisibility. As a writer, I’m already skulking around in the background of my characters’ lives, watching and listening to what they do. But if I could be invisible in real life, I could research almost anything just by putting myself into situations where important conversations are happening but no one knows I’m there. (Okay, that sounds a little creepy. Ha! I promise I’m not a weirdo.)


Mindy: The Creative Habit: Learn It and Use It for Life by Twila Tharpe, The River of Doubt by Candace Miller, Just Passin’ Through by Winton Porter, The Neon Rain by James Lee Burke, Don’t Ever Get Old by Daniel Friedman

Carrie: I am ashamed to admit that i haven’t even HEARD of these books. Do I need to turn in my book blogger card now?

What’s the weirdest thing you’ve ever Googled while researching a book?

Mindy: When I was writing Blind Dates Can Be Murder, I needed to know how one would go about constructing a pipe bomb. Of course, I didn’t dare google that outright, so I had to work my way around to it carefully. I think I started by googling “Things you can do with fertilizer” and took it from there 🙂

Describe your main characters, and tell me who you would cast in their roles if Hollywood wanted to produce My Daughter’s Legacy as a movie!

Mindy: Nicole is a recovered addict who uses her strength, humor, and relationships to stay on the straight and narrow. She’s short and scrappy and blond, so I’m thinking a 20ish Kristin Bell.

Therese is a Civil War era Southern belle, struggling with the injustice around her and what she can possibly do to make a difference. As far as casting, a young Blake Lively would be lovely.

Carrie: Kristin Bell is always a good choice, and I totally see Blake Lively in that kind of role!


What surprised you about this book or your characters as you wrote their story?


Mindy: Nicole totally surprised me with her wit, likeability, and stubborn determination. She shows up in My Brother’s Crown, makes a bigger appearance in My Sister’s Prayer, and is one of the two main point of view characters for My Daughter’s Legacy.  That was the plan all along, but I was actually kind of dreading this third book because I didn’t want to write from the mind of an addict. Because she was so likeable in Prayer, however, writing her story in Legacy turned out to be a pleasure and a real joy.

I was also surprised by the chemistry between Nicole and her older sister Maddee. They had a complicated relationship in the past, and my goal for the series was just for them to make their peace with each other. Instead, as they came back together and worked on their issues, they slowly become the best of friends.  Now their relationship is probably my favorite element in the series—and I didn’t even know it was going to happen!

Carrie: I always love when a recurring character gets their own story!


What do you most want readers to take away from My Daughter’s Legacy?

Mindy: That the choices we make in life impact future generations. Being courageous in our decisions, which in the story is simply doing the right thing, not only affects us, but our descendants as well.


Thank you so much for taking time to talk with me, Mindy! 🙂 Before we say goodbye for today, tell us what‘s coming up next for you and Leslie.


Mindy: Leslie and I are busy at work on The Amish Quilter, the fifth and final book in the Women of Lancaster County series, which will come out in early 2018.

Meet two women in different eras but both with unfailing conviction in Mindy Starns Clark and Leslie Gould’s new book, My Daughter’s Legacy. Therese Jennings cannot abide the thought of owning slaves. But when trouble befalls her family, can she reconcile her obligations with her beliefs? Nicole Talbot’s life is back on track after years of substance abuse. But when facts she uncovers cast doubt on her family’s legacy, she must risk all that she’s gained—her fresh start, her family’s trust, and her growing relationship with a new man—to unlock the secrets of the past.

Celebrate the release of Mindy and Leslie’s new book by entering to win the $75 Visa Cash Card Giveaway (details below) and by attending their author chat party on August 1!

Enter today by clicking the icon below. But hurry, the giveaway ends on August 1. The winner will be announced at the My Daughter’s Legacy Facebook party. RSVP for a chance to connect with Mindy, Leslie, and other readers, as well as for a chance to win other prizes!

RSVP today and spread the word—tell your friends about the giveaway via social media and increase your chances of winning. Hope to see you on the 1st!

3 responses to “Author Interview (and a Giveaway!): Mindy Starns Clark & My Daughter’s Legacy”