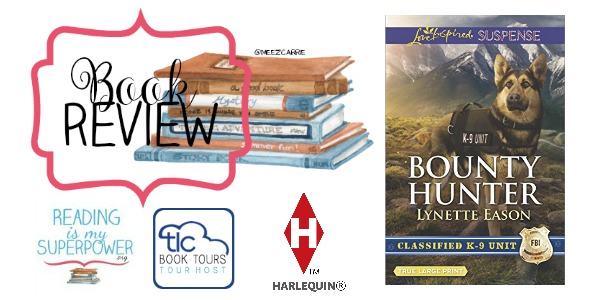 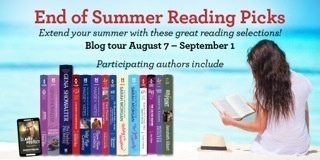 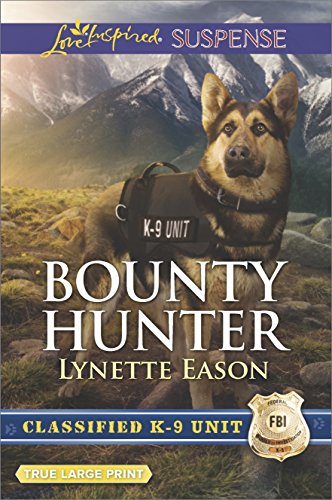 ON A KILLER’S TRAIL

While on a mission to bring his sister’s killer to justice, bounty hunter Riley Martelli spots a missing FBI agent in a Colorado national park. When he calls in the tip, he’s joined in his search by Special Agent Harper Prentiss.

Harper, aided by her faithful German shepherd, is determined to locate the missing agent…without falling for the charms of the handsome bounty hunter. Working together is the best option to find their targets, but it also doubles the danger they’re in.

With a killer looming large, poised to end their search for good, can Riley and Harper unite to find both men without becoming the next victims? 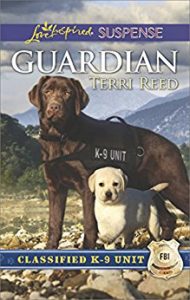 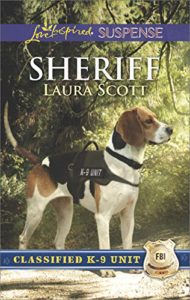 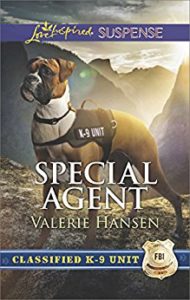 I always love Lynette Eason’s books, and Bounty Hunter is no exception. The fact that it’s part of a multi-author series with an ongoing character arc (one I’m fully invested in) is just icing on the cake for me. And no worries, fellow cliffie-despisers: The main mystery/plot is wrapped up by the end of the book. But starting from book 1, there has been a plot twist involving one of the characters and that’s the part that stretches across every book in the series. And I’m DYING TO KNOW how that plays out! Dying. As in, it’s KILLING ME. As in, I NEED TO KNOW what’s going on with this guy. Is he a traitor? Is he undercover? Is he being held against his will? I DON’T KNOW!!! And clearly I’m not handling that very well hahaha.

I love the interaction between dog and handler in this series, and Harper and her dog Star are two of my faves! Eason gives the German Shepherd K-9 a personality as well as intelligence, and Zuzu had to put her paws over her eyes a couple of times when Star got a little too in on the action. 😉

Speaking of interaction, there is great chemistry between Harper and Riley. They understand each other and complement each other’s personalities, back stories and careers too. The subplot with Riley’s nephew will definitely tug at your heart strings, especially as Harper and Star and the rest of the team become involved.

Bottom Line: Lynette Eason has done it again – with fast-paced action, great characters, and suspense that will keep you on the edge of your chair, Bounty Hunter is impossible to put down! A touch of romance, a little humor, and a humdinger of a continuing plot between all 6 books in the series – even as each individual plot wraps up per book – there’s a little something here for every reader. 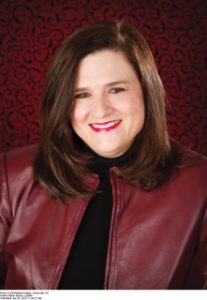 Award-winning, best-selling author, Lynette Eason writes for Harlequin’s Love Inspired Suspense line and for Revell, a division of Baker Publishing Group. Her books have hit the CBA and ECPA bestseller lists and have won numerous awards such as the prestigious Carol Award, the Selah, the Daphne, the IRCC award and more. Lynette is married, has two children, and lives in Greenville, SC.

This giveaway is hosted by TLC Book Tours.
Follow along with the tour for more chances to win!

14 responses to “Book Review (and a Giveaway!): Bounty Hunter by Lynette Eason”