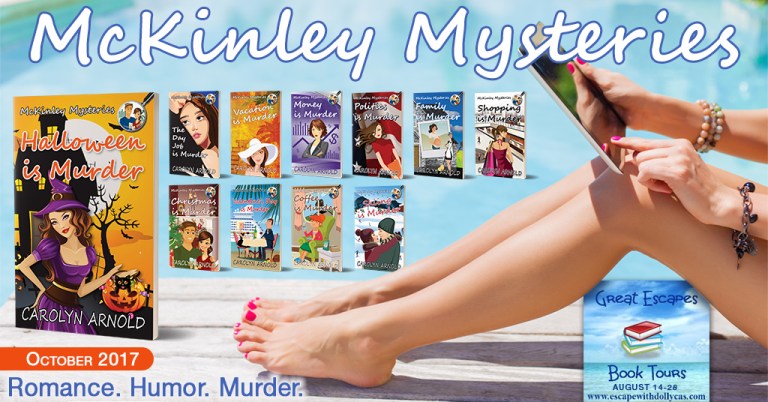 Romance. Humor. Murder. Are you looking for a murder mystery without all the graphic violence and foul language? Something that you can enjoy in an afternoon and walk away feeling good about afterward? How about a dash of humor and romance? If so, meet former detectives Sean and Sara McKinley. When a billionaire leaves them all his money, they no longer have to work, but they find themselves sticking to what they’re good at—solving murders. Undercover, off the books, and around the world, they’ll get to the bottom of things…and romance it up along the way.

This is the perfect book series for fans of Hart to Hart, Castle, Colombo, Monk, Rockford Files, Psych, and Magnum PI. 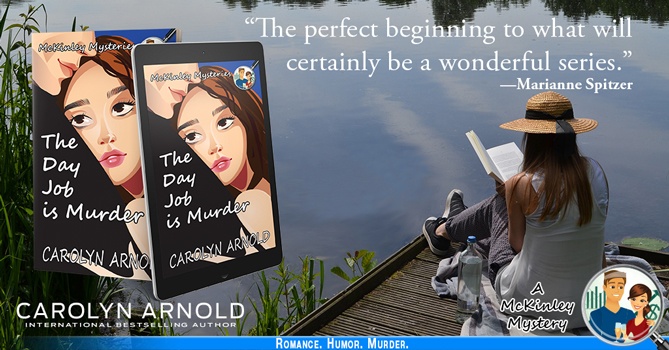 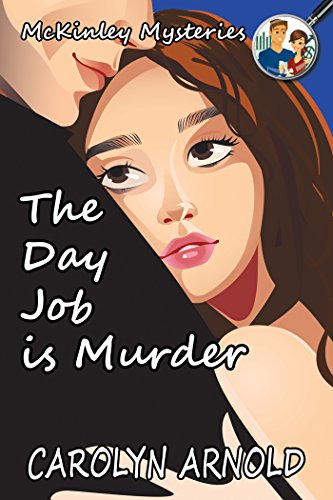 The bad guys aren’t the only ones on his radar…

For Albany PD homicide detective Sean McKinley, catching killers is the easy part of his job.

Working next to his beautiful partner, Sara Cain, is what’s difficult.

It might have something to do with the fact that he’s fallen in love with her, though.

Fortunately, she feels the same way about him.

But she’s convinced they should just be friends.

If only there was some way to change her mind…

Netflix — A writer’s inspiration for a cozy mystery series

Is it just me or is Netflix addicting? With an endless number of movies and television shows, and no commercials, us mere mortals don’t stand a chance. And, I must say that I am happy they’re around. In fact, there’s one series of shows, I have enjoyed many a night. The show is better than warm milk (and doesn’t give me bad breath), but we’ll have to become better acquainted before I give up what program I’m talking about. I also usually enjoy a bit of Netflix while I eat lunch, and during many of these, I was exposed to the television show Hart to Hart, which premiered in 1979.

Maybe you watched it on Netflix, as well, or know the show otherwise, but for those not familiar with it, Hart to Hart was about a self-made millionaire and his wife. They were both beautiful—inside and out—but murder was always around them. I fell in love with the couple and the interesting, yet light take on murder solving. This show inspired me to write the McKinley Mysteries—with twists thrown in, of course.

Meet Sean McKinley and Sara Cain. Two murder detectives working for Albany PD, who are partners on the job, but long to be far more than that. Unfortunately, love, it can complicate everything, and for these two, it’s best they remain friends for the sake of their careers. But, what if, by some miracle they could both walk away from their day jobs… Would that be enough to change everything?

I’m tempting you to find out for yourself in The Day Job is Murder. Oh, and did I mention there’s a murder investigation sprinkled into this series introductory short story, too? Yep… Romance. Humor. Murder.

SEAN WENT TO WORK EVERY day, trying to forget the one issue he had with his job. It wasn’t the fact the cases never got brighter. It wasn’t the limited stretch of political tape and budgets governing every move. He was in love with his partner, Sara Cain, ever since she joined Albany PD Homicide two years ago.

He drove while Sara rode shotgun. He split his attention between the road and glancing over at her. Her birthday was in two days and he still had no idea what he was getting her for a gift, but between driving and his thoughts of that, he appreciated her good looks.

Unlike many of her female counterparts, who seemed to forget they were women once the uniform went on, Sara took care of herself. Her long dark hair was in a loose ponytail, but after shift, she let it fall in soft curls over her shoulders. Her eyes were shadowed in tans and browns and her lipstick was a subtle pink that matched her nails.

Her slender fingers hugged a to-go cup of coffee, and she tipped it back for a sip.

Sean gestured to her cup. “How many is that so far today?”

“Number three, and don’t get on my case about it.” She glanced over and smiled.

He laughed. “And it’s only ten in the morning. Should I be proud of you?”

“Now cut that out.” Her words said one thing, but her softened facial features and the brush of her hand in the air said the opposite—she loved him too. As she had laid it out to him, if they controlled their feelings they could spend every day together without the complications of a romantic relationship. So here they were, years later, still friends but he never stopped wishing for something more.

“How are things going with whatshername anyhow?”

“Whatshername? You can’t hide your jealousy at all, can you? Your memory is flawless.”

She shifted in her seat. “You dumped another one?”

“You make it sound like I have a lot of affairs.”

“No, I didn’t mean it like that. You put up a wall like you’re afraid of commitment, but I don’t think you are. I think you’re looking for Mrs. Right.”

The words had slipped out before he thought them through.

“Yes, I know.” He hated the word. A few years ago, it would have been a different story, but now, having it come up in regards to the confined parameters of their relationship made his heart ache.

She took another draw on her coffee. “What did this one do, anyway?”

“She’s a little attached to her cat, who she named Binkie.”

“And for that you’re not going to see her again?”

“I think that’s a valid reason.”

“Well, that’s my prerogative isn’t it?”

“Yeah, I guess it is.” Sara turned to look out the window.

With the ending of the conversation, Sean’s mind settled on the case they were investigating. The victim, Mr. Cunningham, took a bullet to his chest. Crime Scene Investigators had discovered evidence that he had been tapping into his neighbor’s cable and racking up huge bills in pay-per-view movies and events. That made his neighbor, Colin Burton, the man they headed for now, their prime suspect. 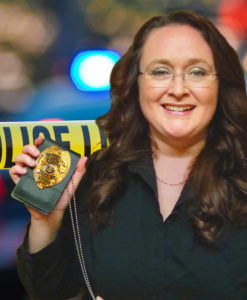 CAROLYN ARNOLD is an international bestselling and award-winning author, as well as a speaker, teacher, and inspirational mentor. She has four continuing fiction series—Detective Madison Knight, Brandon Fisher FBI, McKinley Mysteries, and Matthew Connor Adventures—and has written nearly thirty books. Her genre diversity offers her readers everything from cozy to hard-boiled mysteries, and thrillers to action adventures.

Both her female detective and FBI profiler series have been praised by those in law enforcement as being accurate and entertaining, leading her to adopt the trademark: POLICE PROCEDURALS RESPECTED BY LAW ENFORCEMENT™.

Carolyn was born in a small town and enjoys spending time outdoors, but she also loves the lights of a big city. Grounded by her roots and lifted by her dreams, her overactive imagination insists that she tell her stories. Her intention is to touch the hearts of millions with her books, to entertain, inspire, and empower.

She currently lives just west of Toronto with her husband and beagle and is a member of Crime Writers of Canada.

And don’t forget to sign up for her newsletter for up-to-date information on release and special offers at http://carolynarnold.net/newsletters.

This giveaway is hosted by Great Escapes Virtual Book Tours
Follow along with the tour for more on the series!

21 responses to “Book Spotlight (and a Giveaway!): The Day Job is Murder by Carolyn Arnold”