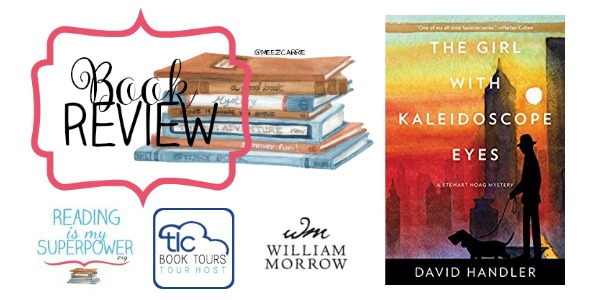 HARLAN COBEN calls it “One of my all-time favorite series! …David Handler is so good at writing one smart, funny page-turner after another that he makes it look easy.”

Fans of JANET EVANOVICH and CARL HIAASEN, get ready. If you haven’t yet discovered wisecracking sleuth Stewart “Hoagy” Hoag and his faithful basset hound Lulu, you’re in for a sharp, hilarious treat. 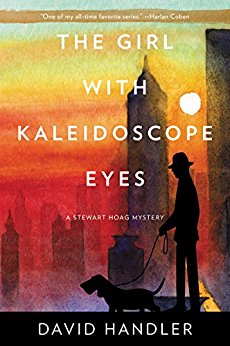 Once upon a time, Hoagy had it all: a hugely successful debut novel, a gorgeous celebrity wife, the glamorous world of New York City at his feet. These days, he scrapes by as a celebrity ghostwriter. A celebrity ghostwriter who finds himself investigating murders more often than he’d like.

And once upon a time, Richard Aintree was the most famous writer in America — high school students across the country read his one and only novel, a modern classic on par with The Catcher in the Rye. But after his wife’s death, Richard went into mourning… and then into hiding. No one has heard from him in twenty years.

Until now. Richard Aintree — or someone pretending to be Richard Aintree — has at last reached out to his two estranged daughters. Monette is a lifestyle queen à la Martha Stewart whose empire is crumbling; and once upon a time, Reggie was the love of Hoagy’s life. Both sisters have received mysterious typewritten letters from their father.

Hoagy is already on the case, having been hired to ghostwrite a tell-all book about the troubled Aintree family. But no sooner does he set up shop in the pool house of Monette’s Los Angeles mansion than murder strikes. With Lulu at his side — or more often cowering in his shadow — it’s up to Hoagy to unravel the mystery, catch the killer, and pour himself that perfect single-malt Scotch… before it’s too late.

When The Girl With Kaleidoscope Eyes started out, I had high hopes. Written with a witty snark, Stewart Hoag’s first person narrative reads like an old private detective novel. I enjoyed the trip back to 1992 where fax machines groaned and email was just barely on the radar. And Lulu. I can’t neglect to mention the quirky basset hound with a big personality and a tendency to steal any scene she’s in.

But at some point, it just lost my attention. I can’t even really pinpoint why, but I think a lot had to do with the fact that I lost respect for Hoagy and never found it again. Just beginning to get a feel for him, starting to like him, and then his flaws overwhelmed the good I saw in him. Other than Lulu, he was the only character I even remotely liked, and when I suddenly didn’t like him anymore I found it difficult to stay invested in the story.

Bottom Line: All in all, this is a novel which will appeal to fans of the previous books in the series, as well as fans of the private detective genre in general. Lulu is one of the coolest dogs in fiction, and she is paws down my favorite character. The ending, while I already suspected it, is cleverly written and I do want to know how things turn out for Hoagy and Merilee. While most of the novel skates along the edge of ‘gritty’, the ‘whodunit’ scene includes a revelation that is abundantly disturbing on many levels. Will I read more in this series? Probably not… but if Lulu were suddenly to get her own series, I’m there!


Reviewer’s Note: Readers may want to be aware that there is considerable language scattered throughout this novel, as well as a couple scenes of an intimate nature. 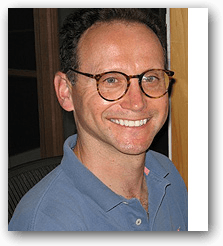 David Handler has written nine novels about dapper celebrity ghostwriter Stewart Hoag, including the Edgar and American Mystery Award–winning, The Man Who Would Be F. Scott Fitzgerald, as well as eleven novels in the bestselling Berger & Mitry series. He lives in a 230-year-old carriage house in Old Lyme, Connecticut.

2 responses to “Book Review: The Girl with Kaleidoscope Eyes by David Handler”