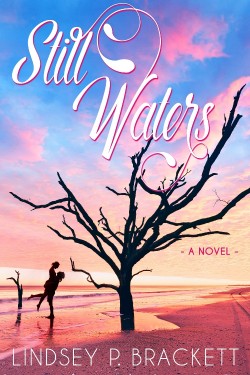 Cora Anne Halloway has a history degree and a plan: avoid her own past despite being wait-listed for graduate school. Then her beloved grandmother requests — and her dispassionate mother insists — that she spend the summer at Still Waters, the family cottage on Edisto Beach, South Carolina.

Despite its picturesque setting, Still Waters haunts Cora Anne with loss. At Still Waters her grandfather died, her parents’ marriage disintegrated, and as a child, she caused a tragic drowning. But lingering among the oak canopies and gentle tides, this place also tempts her with forgiveness — especially since Nan hired Tennessee Watson to oversee cottage repairs. A local contractor, but dedicated to the island’s preservation from development, Tennessee offers her friendship and more, if she can move beyond her guilt.

When a family reunion reveals Nan’s failing health, Cora Anne discovers how far Tennessee will go to protect her and –Edisto — from more desolation. Will Cora Anne choose between a life driven by guilt, or one washed clean by the tides of grace?

“Things like love have a way of being in the last place you’re likely to look.” 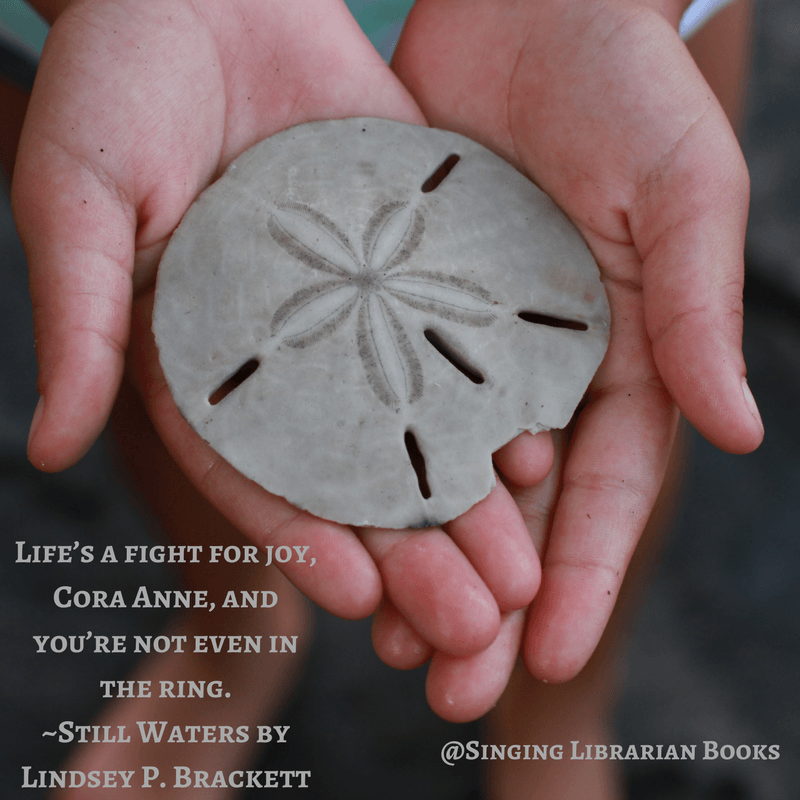 Lindsey Brackett’s debut novel Still Waters is poignant, heartwarming, and romantic! The Lowcountry coast comes to life with the skill of Brackett’s writing, and the cast of compelling characters moves right on in to your heart. So much more than a romance, this is a story of family and faith and forgiveness that will settle over your soul like a warm ocean breeze.

Cora Anne is a very relatable heroine who will welcome you in to her family and hold open the door for you to Nan’s house and the family cottage. She is beautifully layered and, with each new layer we uncover, the author reveals a bit more of the tenderness of God’s grace. Dysfunction abounds around her, yet so does healing and forgiveness. Nan wraps you in a warm embrace while also whopping you upside the head when needed. Reminded me of my grandmother and I loved this character all the more for it ♥

And then there’s Tennessee. The man, not the state. Blissful sigh. As Suzie Waltner said – “ A man who has every reason to hate her but continues to show up. To draw her out.” And with Tennessee and Cora’s relationship, the author continues to paint a grace-filled portrait of forgiveness and learning to let go of the pain of your past.

Bottom Line: Still Waters is full of great characters, vivid setting, and a sweet story of hope and healing. The romance really acts as a subplot to the bigger picture – of what it means to be a family and how to live with the good, the bad and the ugly of all that defines the word. Fair warning though – you might want to pack your bags and head for Edisto when you’ve closed the last page 😉 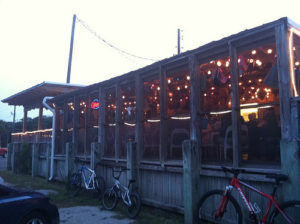 1.My grandparents actually met on a back road in Colleton County in the 1940’s. She was lost and he was bundling pine straw to sell. So that story inside the story is true.

2. McConkey’s Jungle Shack—and they’re not kidding about the shack part—really does have the best fish tacos on the coast.

3. Late in the book I reference a story about soldiers mistaking a loggerhead turtle for an enemy when the beach was being used as a lookout during WWII. This really happened and you can read about it in Nell Graydon’s Tales of Edisto, which I used for both reference and inspiration.

4. We drive a blue minivan and it’s kind of well-known because the paint job was bad (thanks Honda) and we’ve never spend the money to fix it. So my best friend begged me to put the blue van in the story. It’s there, when Cora Anne and Nan stop at King’s Market, complete with a passel of kids. (I have four of those.) 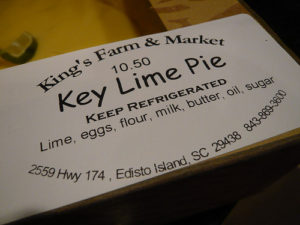 5. King’s Market has the best key lime pie. For real.

6. My cousin Heather and I were born 18 hours apart, and our moms are sisters. Yes, she inspired Hannah. We spent (and still do sometimes) many weeks on Edisto with her family growing up. Our favorite thing was to hunt for sharks teeth and snail shells so we could make necklaces with our grandmother.

7. The book is set in 2006 because I wanted a time period before social media’s invasion and before BiLo bought out the Piggly Wiggly. Edistonians are not coming around. They still call their only grocery store The Pig.

8. The Edisto Island Open Land Trust is a gem I stumbled upon while researching what made the most sense for Tennessee’s philanthropic spirit. The EIOLT was the perfect fit since it’s all about preservation of the Island’s natural beauty, while empowering home owners to still be able to afford family property that’s been passed down for generations. The executive director, John, drank coffee with me one morning at the Edisto Coffee Shop and told me so much valuable information. 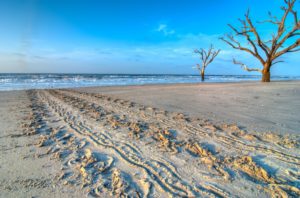 9. Botany Bay (and that’s the Botany sentinel tree on my cover) was nearly destroyed by Hurricane Matthew in 2016. Edisto took the brunt of the storm’s hit and the eye passed over the island. The entire first row of houses were left standing in water since the beach was pushed inland. But the community there is strong and resilient. They’ve been rebuilding and regrouping. The beaches will never look the same, but as my mama says, “That’s nature. And life. Storms come and you have to deal with the aftermath.” Or, as Tennessee puts it in the story, “Sometimes a storm’s what clears out the junk…”

10. Edisto Beach still has a video store, probably the last one left in the country. It’s also one of two places in the town to get ice cream—unless you’re sitting on your own porch enjoying the ocean breeze and listening for the churn to slow down. 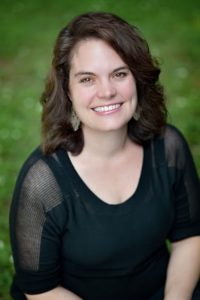 Award-winning writer Lindsey P. Brackett once taught middle grades literature, but now she writes her own works in the midst of motherhood. A blogger since 2010, she has published articles and short stories in a variety of print and online publications including Thriving Family, Country Extra, HomeLife, Northeast Georgia Living, Splickety Prime, Splickety Love, and Southern Writers Magazine Best Short Fiction 2015. Lindsey serves as Editor of Web Content for the Splickety Publishing Group, and she writes a popular column for several North Georgia newspapers.

As a mother of four chaotic kids, her home is always full of wet towels, lost library books, and strong coffee. Her love of family ties and southern places prompted her debut novel, Still Waters, inspired by her own love of Edisto summers and peach ice cream. Connect with her at http://www.lindseypbrackett.com 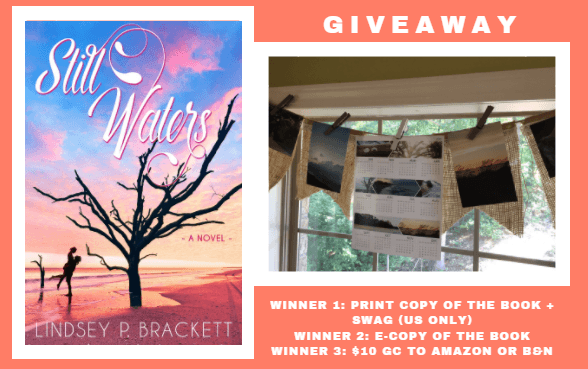 
This giveaway is hosted by Singing Librarian Tours
Follow along with the tour here.

12 responses to “Book Review (and a Giveaway!): Still Waters by Lindsey Brackett”