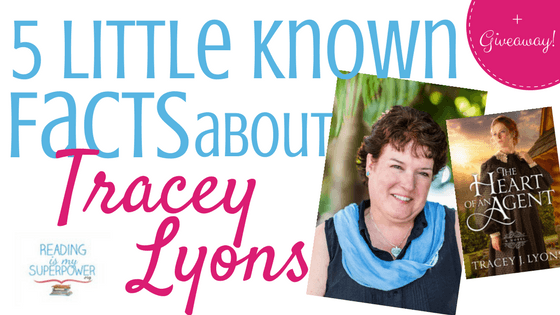 I first met today’s guest at CFRR2016 in Nashville, and I had the pleasure of seeing her again at this year’s CFRR in Cincinnati. She is a delight to know, and I know you’ll love her too!

An Amazon Top Ten bestselling historical romance author of the Adirondack Pinkertons and the Women of Surprise series, Tracey was a 2017 National Excellence in Romance Fiction Award finalist. She sold her first book on 9/9/99! Her books have been translated into several languages and are available in print, digital and audio formats. A true upstate New Yorker, Tracey believes you should write what you know. Her historical romances are all set in the New York State area. Tracey considers herself a small town gal who writes small town romances. Her next release, book 2 in The Adirondack Pinkerton series, The Heart of An Agent, (Waterfall Press) is set to release on November 7th. You can learn more about Tracey and her books by visiting her website at www.traceyjlyons.com. 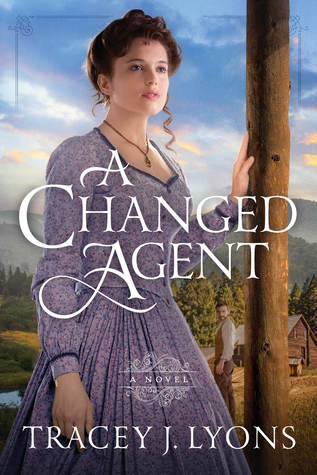 The first book in The Adirondack Pinkerton series is a ‘delightful tale of love, betrayal, and forgiveness’…

When schoolteacher Elsie Mitchell meets rugged William Benton on a train platform in Albany, it appears they have nothing in common. He isn’t the sort of fellow a proper young woman of the 1890s would ever speak to, much less become involved with. But when she arrives at her small town in the Adirondack Mountains, Elsie is offered a job as caregiver for this mysterious out-of-towner’s niece and nephew, who’ve been tragically orphaned. Heartbroken for them, she accepts.

Unknown to her, William is an undercover Pinkerton agent posing as a lumber-company foreman. He’s never wanted family—his work is too dangerous. Yet as Elsie transforms his house into a home and he spends time with the children, he feels drawn to family life—and to Elsie.

As a good Christian, Elsie is troubled by William’s secrets…though she does find him intriguing. And when a sinister figure from her past arrives, Elsie and William will have to trust in faith and newfound love to protect their unlikely family from danger. 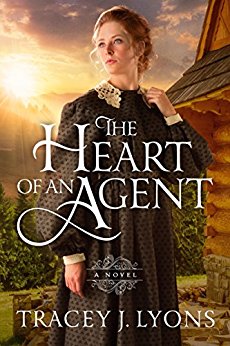 Her new book, The Heart of an Agent, returns to the Adirondack Mountains of the 1890s in a novel of love, faith, and secrets…

Former Pinkerton spy Lily Handland has always dreamed of a quiet, safe life, free from chasing criminals and putting herself at risk. So when the opportunity to invest in a failing Great Camp in the Adirondacks comes to her attention, she quickly jumps at the chance.

Filled with grief, widower Owen Murphy wants to run away from it all. Though he’s worked hard to forge a future for himself, his guilt has kept him mired in the past. But all that changes when a headstrong, mysterious woman shows up at Owen’s door. Together, as Lily and Owen restore the beauty of the Great Camp, he begins to finally see a future. But will learning about Lily’s past destroy it all?

♥ I married my high school sweetheart 37 years ago. It’s interesting when you wake up one day and realize that you’ve been with your spouse for the majority of your life. Kind of a nice feeling.

♥ I once held a job as an outreach worker for Catholic Charities and some of my clients insisted on calling me Sister Tracey even though I was married with children!

♥ I was one of the first female firefighters in my hometown volunteer fire department. I also had to have my boots made for my foot…I wear a size 5. Smallest in the department!

♥ I do know how to drive a big, old fire truck and could actually back it into the very tiny parking area in the firehouse garage using only the side mirrors. And back in the day, the trucks were all standards. The guys would flip a coin to see who would get to ride with me because I had to pull the seat all the way up in order to reach the pedals.

♥ I really wanted to be a NASCAR driver.

And a bonus fact!

♥ I started a YouTube channel called “Cook-in with Tracey” I’ve always wanted my own cooking show. I think I need to revisit this project! It would be fun to tie in my love of writing with my passion for cooking.

Well, I am just fascinated now, Tracey! I love these facts so much!! Wow – from a fake-nun to a firefighter to a Nascar driver to a chef! You are even more awesome to me now than you already were 🙂

Tracey is giving away a Kindle version of the first book in The Adirondack Pinkerton series, A Changed Agent. Open internationally, except where prohibited by law. This giveaway is subject to Reading Is My SuperPower’s giveaway policies which can be found here. Enter via the Rafflecopter form below.

40 responses to “Guest Post (and a Giveaway!): Little Known Facts about Tracey Lyons”