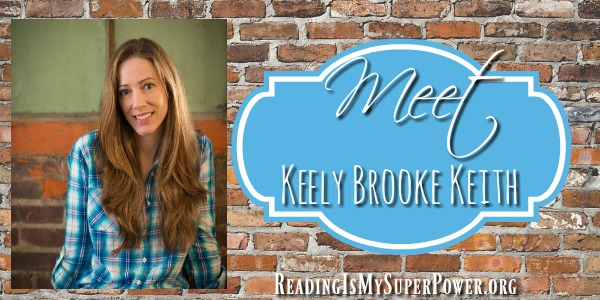 Please join me in welcoming Keely Brooke Keith to the blog today!

Born in St. Joseph, Missouri, Keely grew up in a family that frequently relocated. By graduation, she lived in 8 states and attended 14 schools. When she isn’t writing, Keely enjoys playing bass guitar, preparing homeschool lessons, and collecting antique textbooks. Keely, her husband, and their daughter live on a hilltop south of Nashville, Tennessee. 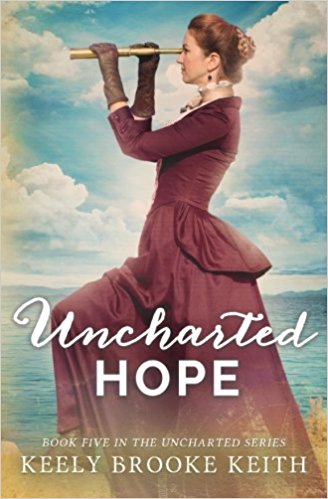 Her new book, Uncharted Hope, is the fifth book in her Uncharted series!


Sophia Ashton’s new medical assistant job comes with the perks of living on the Colburn property, which include being surrounded by a loving family—something she’s never known. During the job’s trial period, a patient puts Sophia in a questionable position. Now she must prove her competence or lose her job and home.

Nicholas Vestal is working on a sheep farm to earn a starter flock, but before his contract is up, he inherits a house in the village. While fixing up the old house he pursues Sophia Ashton, believing she is the woman God wants him to marry. But when her difficult past blocks his plan, he must find a way to her heart.

Meanwhile, outside the Land… When plant biologist Bailey Colburn is offered a research job, she knows Justin Mercer is playing her somehow. Working for the former naval flight officer sounds better than her other options in post-war Norfolk, even though Justin says he once met her long lost relatives. But when Justin introduces Bailey to the mysterious gray leaf tree, his unbelievable claims change her world.

Hi Keely! Welcome to the blog!

Keely: Apples. Crunchy, no mess, and great with peanut butter.

Keely: Winter. I live in the South. Winters are mild, but summer makes me beg Jesus to come back.

Keely: Cats. Don’t have to walk them during those hot summers 😉

Carrie: If only coffee tasted as good as it smelled 😉

Keely: Writing tight. Just kidding. I’m good with a budget. My husband and I both have careers in the arts, so it’s feast or famine. I’ve learned how to stretch the feast through the famines. But if budgeting were my superpower, my superhero name would be Budget Woman. That’s so not cool. I’m going back to my first response that way I’d be Tight Writer.

Carrie: LOL! Do you get a car that talks to you? Oh wait… that’s Knight Rider. Never mind…


Keely: Every Friday, my family goes to the bookstore. We disburse as soon as we step inside. My husband goes to the magazines for music and techie stuff, my daughter hits the animal books, and I stop to stand in the center aisle and breathe it all in. I’ll flip through the cookbooks, peruse the new releases (searching for great first lines), and then go pray over girls in YA section.


Keely: How to dig a grave by hand.


Q: You describe your books as ‘inspirational frontier style fiction with a slight Sci-Fi twist’. I am so intrigued by this… so this question has two parts:

a) How did that combination come about?


Keely: Like many Christian writers I grew up with Little House on the Prairie. As an adult frontier romance doesn’t keep my attention. I also love action, mystery, and a little science fiction. Blending those elements into a frontier feel seemed natural for me.

Carrie: I love the idea of this combo!

Keely: It’s a big chunk of land in the middle of the South Atlantic Ocean, but due to some scientific explanations it’s undetectable. Before the Civil War, a group of American Christians left the U.S. on a ship, accidentally ended up on that land, and established their ideal society (the Uncharted Beginnings series). Seven generations later (in The Land Uncharted) I dropped a modern man into the Land to see what would happen.


Carrie: aaaaaa I am so intrigued!

Q: In Uncharted Hope, you have two sets of main characters – Sophia & Nicholas, and Bailey & Justin. Which heroine are you most like? And which guy do you most relate to?


Keely: Bailey is modern, wounded, tough, and secretly longing for a safe place and a peaceful life. Sophia has that life but doesn’t know it. I’m a mix of the two. As far as the guys, Nicholas is a good guy trying to figure out complicated things. I can relate now, but I was more like Justin in my young adult years. He is determined to get something then discovers it wasn’t what he wanted so he goes for something else and leaves a sea of heartache in his wake.


Carrie: Sophia and Nicholas intrigue me the most, I think. So far. 🙂


Q: What do you most want readers to take away from Uncharted Hope?

Keely: I’m almost through writing All Things Beautiful, the third and final book in the Uncharted Beginnings series. I already have a notebook full of ideas for what’s coming next. I’m super excited for the next series, and yes, it will be set in the Land after the Uncharted series.

Keely Brooke Keith is giving away the entire Uncharted series (FIVE BOOKS) to one of my readers! Winner’s choice of ebooks or audiobooks (via Audible download codes). Open internationally except where prohibited by law. This giveaway is subject to Reading Is My SuperPower’s giveaway policies which can be found here. Enter via the Rafflecopter form below.


What about you? Which of the four characters that Keely talked about do you most relate to?