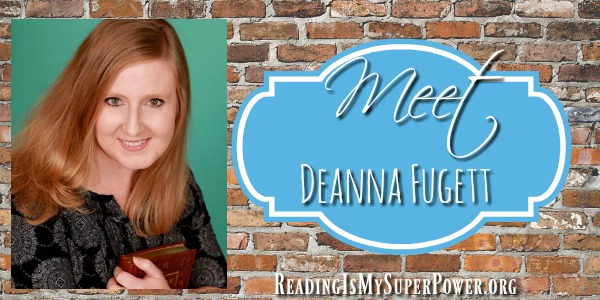 I am delighted today to welcome author Deanna Fugett to the blog!

While Deanna Fugett isn’t writing or connecting with others via social media, she can be found dancing around the kitchen with her four kids. She has a dog named Westley, a cat named Buttercup, three rabbits, two rats, a parakeet, and some newly acquired chickens. She resides in the Denver area with her high-school-sweetheart-husband, who thinks they live on a farm. (They don’t.)

She secretly enjoys writing more than reading. Deanna has an endless TBR list, and has numerous books she’s started reading lying around the house, none of which she can find time to finish. Four kids and constant chaos will do that to you.

She’s placed on a Goodreads Listopia list called New Authors Who Will Go Places. Her YA Dystopian novel, Ending Fear, the first novel in the Gliding Lands series, is now available. She really hopes you will enjoy every second of it.

Her YA Dystopian novel, Ending Fear, is the first novel in the Gilding Lands series! 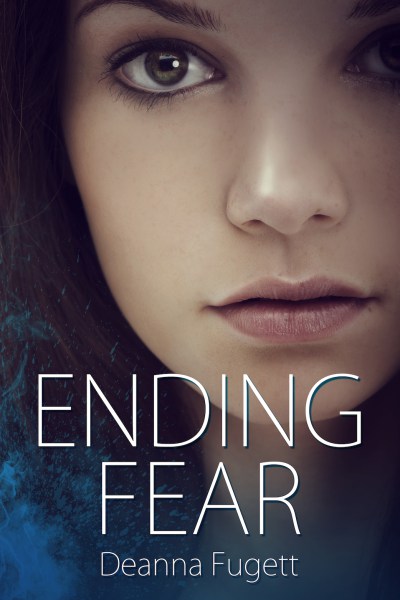 Fourteen-year-old Fear learns she was a parachute baby, dumped over the edge of the Gliding Lands as an infant. Fascinated by the floating cities in the sky before, now she’s desperate for answers.

But a slave isn’t likely to get those answers.

When her abusive Downer family throws her from their hovel, Fear takes refuge with a family who shows her love for the first time. Surely they can’t be trusted. Years of abuse and molestation has taught her that.

Then her brother discovers where she’s hiding and tries to kidnap her. Fear will never let him touch her again. Her new family conceals her at the Fallen, a ranch that hides parachute babies from the Uppers who discarded them.

Just as she’s beginning to embrace yet another home, Fear’s new little sister, Happy, is kidnapped and taken to the Uppers’ temple harem. Fear must go against her namesake, find a working hoverpod, and journey to the dreaded Gliding Lands before the little girl’s innocence is ripped from her forever.

Can she save Happy in time?

And will she find answers to the burning question of why anyone would throw her away?

Hi Deanna! Welcome to the blog!

Deanna: I prefer spring. Can I get a pass on this one? 😛

Deanna: Ooooh, you’re asking me to choose? This one is too hard. I adore both my dog and my cat equally, but out of fairness, I’ll say dogs, simply because this is the first cat who has ever actually bonded to me.

Deanna: Hmmm…I used to say flying. Now I’d like to zap people with some sort of Kindness Blast. Making the world kind again, one person at a time.


Deanna: Horrific traditions around the world.


Q: Your novel Ending Fear has been called a ‘fresh and unpredictable’ dystopian tale. Can you describe the world you built for this series?


Deanna: The world is a futuristic version of earth. I have the Uppers who live in the Gliding Lands above, and the Downers who live on the earth. It’s like a mix between a sweet country historical and a crazy futuristic dystopia.

Carrie: Oh I love that!!


Q: What is something you’ve learned about fear (the problem) that you wanted to teach Fear (the person) as you wrote her story?

Deanna: That anger can stem from fear. If you are angry about something then try to figure out what your core fear is, connected to that issue. It should help clear up the anger, or at least help you understand what the root behind the issue is.

Carrie: That is so true! Very important to learn.


Q: What do you most want readers to take away from Ending Fear?

Deanna: Hope. There’s always hope in a messed up world.

Carrie: Amen & amen. So grateful this is true.

Deanna: The second book in the Gliding Lands series, Living Brave, is currently at the editors. I can’t wait for you to read Fear’s continuing story!

Deanna Fugett is giving away a copy of the Ending Fear coloring book to one of my readers who has already purchased Ending Fear. This giveaway is subject to Reading Is My SuperPower’s giveaway policies which can be found here. Giveaway ends November 1st.

Enter by commenting & telling Deanna whether or not you have purchased Ending Fear.

12 responses to “Author Interview (and a Giveaway!): Deanna Fugett and Ending Fear”