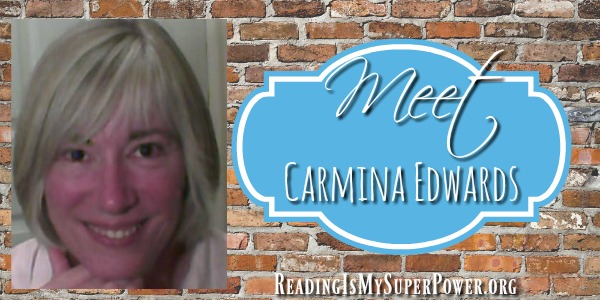 As part of the Celebrate Lit blog tour for Into a Silent World, I am pleased to welcome Carmina Edwards as a guest today!

Carmina Edwards is a mother of two wonderful grown up children and is currently living in the UK, after living in Sweden for three years where she wrote her first book, “A Door Cracked Open.” She was blessed to be able to spend six months in USA before returning to the UK, her home country, to work with her editor in California on the edits of this book and visit friends.

She is an avid reader and linguist, having also spent some years living in France, and has been fortunate enough to have taught Swedish and French over twenty-five years and translate for businesses and manuscripts in both languages. Being unemployed the past few years has led to her becoming homeless. However, she never gives up hope. As she tries to portray in her books, God has always had His hand on her. Once again, He has stepped in right at the last minute. She now has a new job in Sweden and will be moving back there. Because she feels passionately about helping the homeless, a large percentage of her royalties will go directly to them.

Her book, Into a Silent World, released in August 2016. 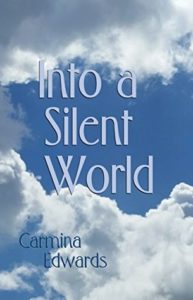 Following Amy’s adventures in A Door Cracked Open, she heads into a world which will test her faith and perseverance to the limit.

Instead of settling into a simple, safe and unchanging life like she imagined, Amy is strongly drawn to a vocation with even higher requirements, prompting her to plan some seemingly impossible missions in order to reach her goal.

Hi Carmina! Welcome to the blog!

Carmina: Oranges. Used to be apples, but I can’t eat them anymore.

Carmina: Definitely Winter, if it’s in Sweden. The dry cold especially on crispy, sunny days is refreshing and uplifting.


Carrie: I think perhaps I need to start wintering in Sweden!

Carmina: Oh this one’s easy! Coffee…ALWAYS coffee. Love the taste of it and drink it nonstop.

Carmina: I’d have to say, power to end all homelessness. That’s my passion right now.


Carrie: Oh, wouldn’t that be wonderful? ♥


Carrie: Her story is one everyone needs to read!

Carmina: Just this year. I was living back in the UK and couldn’t find work, despite having applied for hundreds of jobs. My age doesn’t do much to help me, over there they figure you’re done by the time you’ve reached 50 and I’m 56. Unable to afford the one rented room in a house shared with others, I was forced to give notice on my room and faced a future living on the streets. Stressed, afraid, angry and yeah….bitter at the person who had put me in that situation, I battled inside and thought how, surely this could not be God’s plan for me? So I prayed. Actually, I screamed at Him and flung my arms by my side and said “Okay, I’ll do this thing…..Hello streets! But don’t You dare leave me, I can’t do this alone.” Four days later, oh glory! He changed my impossible situation around 360 degrees. He sent me a miracle. Then He sent me another one. Both far exceeded any hope I dared to have. Right now, I can’t share what those two miracles are, but soon……Watch this space!


Q: Describe your main characters and tell me who you would cast in their roles if Hollywood wanted to produce Into a Silent World as a movie!


Carmina: My main character, painfully shy, but determined to see her dreams realized, Amy is the most unlikely of people to go anywhere or do anything. Were my book to be chosen for a movie, I have only one person in mind for the role of Amy….a friend’s daughter. Let’s forget the qualifications for being an actress, I know this young girl could do it.  Sister Genevieve, a very well balanced, honest and kind nun. Who to play her role? Has to be Maggie Smith.

Carrie: I adore Maggie Smith!! The movie adaptation has my vote on that casting choice alone 🙂


Q: What surprised you about Into a Silent World or your characters as you wrote their story?

Carmina: Given that I know the characters, I can’t say that there were any surprises for me there. I was however, surprised at how much my book, once written, made me understand just how God has His hand on us all the time.


Carrie: He absolutely does ♥


Q: What do you most want readers to take away from Into a Silent World?

Carmina: My biggest desire is that my book may help others to never give up, never lose sight of the dreams God has placed on their heart and to go full pelt ahead in determination to achieve that which He has given them to do, despite others’ opinions…..sometimes incredibly negative. Go for it! If through my book, a true story, I can show God’s immense grace and mercy bestowed on a very ordinary girl, give some hope to others and enable them to find Him, then I will be happy.

Carmina: Right now, I am working on my third book, but time for writing is limited so this one is gonna take a while and a whole load of direction from God. I have other exciting events coming up, but cannot share at the moment. Suffice to say, God has been incredibly good to me.

To celebrate her tour, Carmina is giving away

Paperback copies of A Door Cracked Open & Into a Silent World

13 responses to “Author Interview (and a Giveaway!): Carmina Edwards and Into A Silent World”