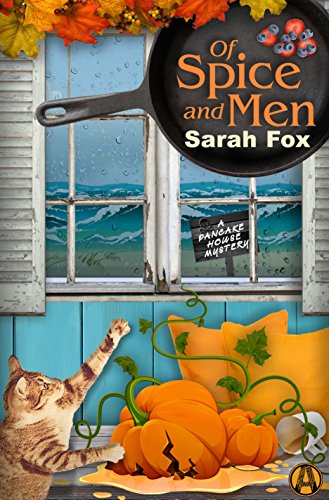 Lights. Camera. Murder? Wildwood Cove’s star turn is soured by a sneaky killer in this delicious cozy mystery from the USA Today bestselling author of The Crêpes of Wrath.

With a Hollywood film crew in town to shoot a remake of the horror classic The Perishing, the residents of Wildwood Cove are all abuzz. Even Marley McKinney, owner of The Flip Side Pancake House, can overlook the fact that the lead actress, Alyssa Jayde, happens to be an old flame of her boyfriend. After all, the crew loves Marley’s crêpes—so much so that Christine, the head makeup artist, invites her onset for a behind-the-scenes tour. But when Marley arrives, the special-effects trailer is on fire . . . with Christine inside.

The cops quickly rule Christine’s death a murder, and Alyssa a suspect. Marley’s boyfriend insists that the actress is innocent, but when Marley sticks her nose into the complicated lives of The Perishing’s cast and crew, she discovers more questions than answers. It seems that everyone has a hidden agenda—and a plausible motive. And as the horror spills over from the silver screen, Marley gets a funny feeling that she may be the killer’s next victim. 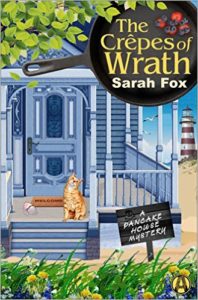 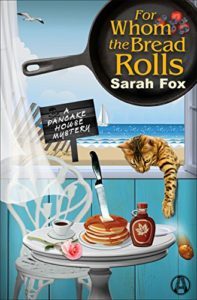 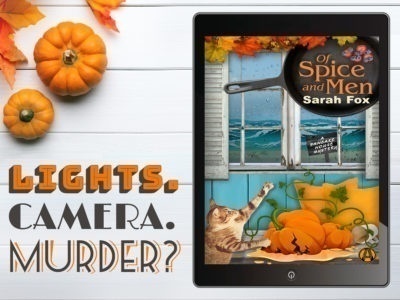 Let me first say how much the titles in this series make me smile. I love the puns cleverly combining the food theme of the novels with classic literature.

Second, as the responsible reviewer that I am, I need to warn you that reading this book WILL make you hungry for all manner of breakfast foods. #themoreyouknow Cue shooting star.

Ok, on to the book itself!

I really like Marley’s character. She’s the kind of person I would want to be friends with – and of course I would be camped out at her pancake house, the Flip Side. Her amateur sleuthing isn’t unrealistic or eye-roll inducing. It just feels like a natural part of her character to be curious and research/ask questions/poke around on her own. She doesn’t take true risks without letting someone know or taking someone with her. Usually. Because what kind of amateur sleuth would she be if she didn’t sometimes creep out on her own to investigate that weird noise.

The film set in the small coastal town of Wildwood Cove added more layers to the town, as well as to the plot. It was interesting to see how these temporarily-in-town characters played off the established citizens and especially the restaurant staff, etc. I really enjoy the character dynamics in this series overall, and adding the movie cast and crew didn’t disrupt it too much.

Bottom Line: Grab a stack of your favorite waffles or crepes (there are some recipes conveniently included in the back pages), a steaming mug of hot cocoa or coffee, and settle in for a great mystery read full of things that go bump in the night. A maybe haunted house, a beleaguered film set, and a murder to solve – just as the air turns crisp and the skies hang heavy and gray. Well-plotted with great characters and a quaint setting!


Reviewer’s Note: Readers may want to be aware that are a couple of very minor swear words in this novel, as well as an unmarried couple waking up together (nothing explicit or even implied beyond that). I would still absolutely consider this a ‘clean’ novel. 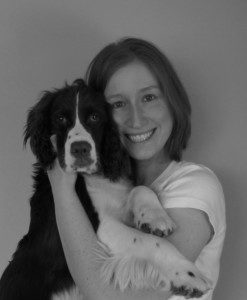 Sarah Fox was born and raised in Vancouver, British Columbia, where she developed a love for mysteries at a young age. When not writing novels or working as a legal writer, she is often reading her way through a stack of books or spending time outdoors with her English Springer Spaniel.

This giveaway is hosted by Great Escapes VBT, not RimSP
Follow along with the tour here.

10 responses to “Book Review (and a Giveaway!): Of Spice and Men by Sarah Fox”