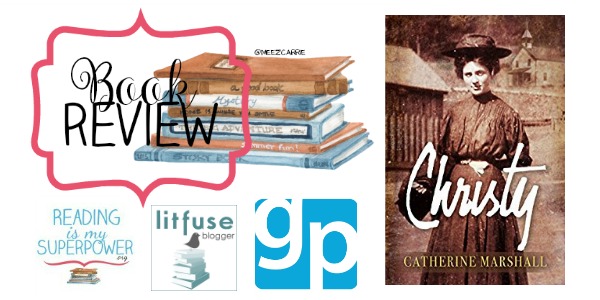 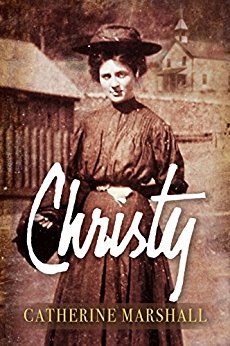 The train taking nineteen-year-old teacher Christy Huddleston from her home in Asheville, North Carolina, might as well be transporting her to another world. The Smoky Mountain community of Cutter Gap feels suspended in time, trapped by poverty, superstitions, and century-old traditions.

But as Christy struggles to find acceptance in her new home, some see her – and her one-room school – as a threat to their way of life. Her faith is challenged and her heart is torn between two strong men with conflicting views about how to care for the families of the Cove.

Yearning to make a difference, will Christy’s determination and devotion be enough?

“My father always told us that if we will let God, He can use even our disappointments, even our annoyances to bring us a blessing.” 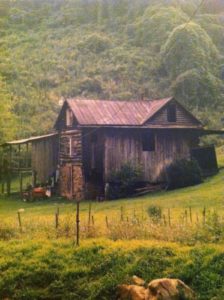 What a delight to reread this favorite book from my adolescence as we celebrate its 50th anniversary! I had the privilege of attending the Christy Awards this year and was able to hear Catherine Marshall’s daughter-in-law speak about this book’s legacy and about Catherine. Such a joy ♥

When I first read this book as a young teenager, I fell in love with the characters, the setting, and the call to be a teacher. This was Christian fiction before the distinction became part of our vocabulary.

Reading it as an adult, I fell in love with it all over again. This time though, I bring a new set of life experiences and heartbreaks and joys to the table and in that way the story came alive in a whole new way for me. One way my reading experience changed? This time I wasn’t at all grumpy about which guy claims Christy’s heart at the end 😉 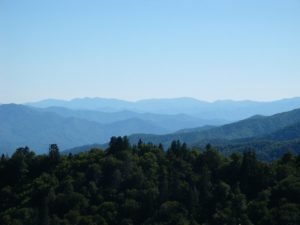 Oh how I love these characters. Fairlight. Little Burl. Ruby Mae. Miss Alice. Dr. Neill MacNeill (I love saying his name too lol). Mountie O’Teale. And a host of others, including of course Christy herself. And the setting? Such a stark, unforgiving, lonely place to live but at the same time it’s filled with such beauty, such melodies, and such a fascinating history. Here in Cutter Gap you grow to trust God more than you ever have before – because you need Him more than you’ve ever needed Him before.

Bottom Line: Christy is a story of courage, of faith, and of friendship. It’s about cherishing our differences while embracing our commonalities. It’s about trusting God for every step on a journey that literally can be uphill in the snow both ways. It’s about loving God and loving your neighbor, no matter how they talk or dress or what they believe. There is heartbreaking grief on these pages, but there is also inconceivable joy and love. (Some of that heartbreaking grief takes the form of events that might be too much for children or even young teens.)

Learn more, download a free map of Cutter Gap, and purchase a copy. 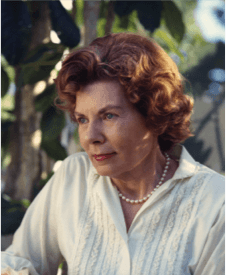 Catherine Marshall (1914-1983), The New York Times best-selling author of 30 books, is best known for her novel Christy. Based on the life of her mother, Christy captured the hearts of millions and became a popular CBS television series. Around the kitchen table at Evergreen Farm, as her mother reminisced, Catherine probed for details and insights into the rugged lives of these Appalachian highlanders. Catherine shared the story of her husband, Dr. Peter Marshall, Chaplain of the United States Senate, in A Man Called Peter. A decade after Dr. Marshall’s untimely death, Catherine married Leonard LeSourd, Executive Editor of Guideposts, forging a dynamic writer-editor partnership. A beloved inspirational writer and speaker, Catherine’s enduring career spanned four decades and reached over 30 million readers.

Other Books by Catherine Marshall 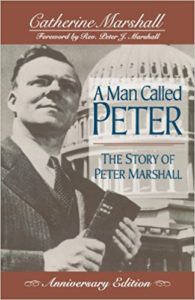 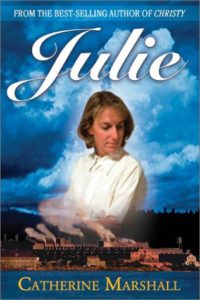 Some stories are evergreen, their themes and lessons standing the test of time and connecting with readers generation after generation. Reconnect with Catherine Marshall’s beloved Christy as it celebrates its 50th anniversary with a new edition! As nineteen-year-old teacher Christy struggles to find acceptance in her new home of Cutter Gap, some see her-and her one-room school-as a threat to their way of life. Her faith is challenged and her heart is torn between two strong men with conflicting views about how to care for the families of the Cove. Yearning to make a difference, will Christy’s determination and devotion be enough?

Celebrate the new 50th anniversary edition of Christy by entering to win one of TWO $50 Visa cash cards (details below) and by attending a Facebook Live party on December 5!

Enter today by clicking the icon below. But hurry, the giveaway ends on December 5. The winner will be announced at the Christy Facebook Live Party. RSVP for a chance to connect with authors who’ve been impacted by Christy and other readers, as well as for a chance to win other prizes!

RSVP today and spread the word-tell your friends about the giveaway and Facebook Live party via social media and increase your chances of winning. Hope to see you on the 5th!

6 responses to “Book Review (and a Giveaway!): Christy by Catherine Marshall”