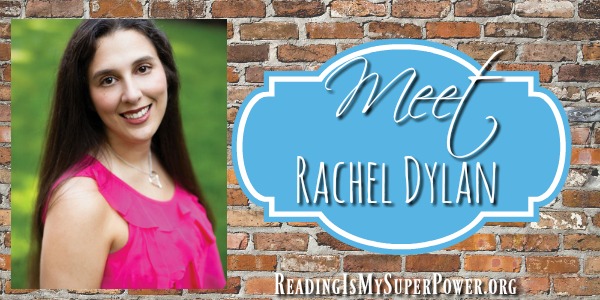 Happy Saturday, my friends! As part of the Litfuse blog tour for Deadly Proof, I am pleased to welcome Rachel Dylan to the blog today!

Rachel Dylan was a litigator in one of the nation’s most elite law firms for more than eight years and now works as an attorney at one of the Big Three automobile manufacturers. She is the author of four Love Inspired Suspense novels and lives in Michigan with her husband. She is active on social media, and you can visit her website at racheldylan.com. 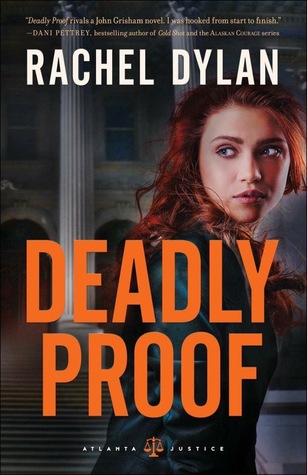 Her latest release, Deadly Proof, is the first book in the exciting Atlanta Justice series!


Tapped as lead counsel in a corporate cover-up lawsuit against Mason Pharmaceutical, Kate Sullivan knows this case could make her career. What really drives her, though, is getting justice for the victims whose lives were ruined by the company’s dangerous new drug. But when a whistleblower turns up dead, it paints a target on the back of everyone involved.

Former Army Ranger turned private investigator Landon James steps in to handle security for Kate. He’s still haunted by mistakes in his past and is determined never to let something like that happen again. But it soon appears someone is willing to do anything—even commit murder—to keep the case from going to trial.

As danger closes in, Landon can’t help but admire Kate’s courage and resolve—but will her determination not to back down become too great of a risk?

I reviewed Deadly Proof at the end of September; here is a snippet of that 4-star review:

Bottom Line: If you’re a fan of John Grisham but would like a cleaner alternative with a message that can strengthen your faith, then you’ll love Rachel Dylan’s Deadly Proof. Strong characters, smart writing, an intriguing and relevant plot, and harrowing suspense and action scenes all combine to make a great read. The Atlanta setting comes alive but doesn’t overwhelm the story, in many ways a background player to a vivid ensemble. Since this is the first in the series, I’m also really interested to see which (if any) of the supporting characters get their chance to shine in the next book.

Hi Rachel! Welcome to the blog!

Rachel: I like both, but it’s easier and less messy to eat apples.

Carrie: very true! I think an orange is God’s way of saying, “Are you really hungry or just wanting to snack?” lol

Rachel: Summer! I’m a southern girl at heart. I am not a fan of the cold even though I live in Michigan now.


Carrie: the best of both worlds! 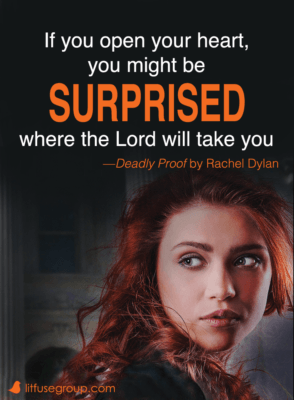 Rachel: Cat whisperer—or least I like to think I am.


Rachel: I go and get coffee first so I can drink it while I’m looking around. I also like to check out the sale items and trinkets in addition to the books.


Carrie: I love camping out in the trinkets section! Bookish trinkets are the best!


Rachel: That I’m not that neat! I also always have gum and other mints and lots of receipts and wrappers. After a while, I get tired of the mess and dump it all out to clean up and start over again. You’d also see that I love pink because the purse, my phone, and my wallet are all pink.


Carrie: My purse doubles as a temporary trash receptacle 😛


Q: Describe your main characters in one sentence each, and tell me who you would cast in their roles if Hollywood wanted to produce Deadly Proof as a movie!

Rachel: Kate is passionate about fighting and advocating for innocent victims. Kate would be played by Jessica Chastain.

Landon is fiercely loyal, smart and protective. Landon would be played by James Marsden. 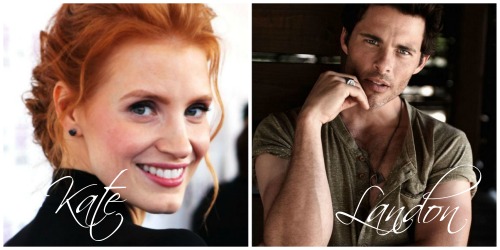 Carrie: I can absolutely see those choices working for both characters!


Q: What surprised you about Deadly Proof or your characters as you wrote their story?


Rachel: Sometimes I think a character is going to go in one direction but they end up going in another. I don’t want to spoil anything, but in Deadly Proof there was a character who initially started out as a good guy in my mind but then turned bad.


Q: What do you most want readers to take away from Deadly Proof?

Rachel: I hope readers will be entertained and kept in suspense. But even more importantly, I hope they will feel inspired and know that no matter how dark times may be that God is always there.

Rachel: Lone Witness, Book 2 in the Atlanta Justice series is coming out in May. It is Sophie and Cooper’s story, and I’m very excited about it.


What about you? If you’ve read Deadly Proof, how do you feel about Rachel’s picks? Agree? Have someone else in mind?