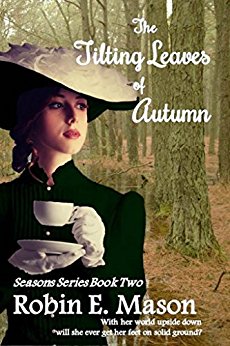 Scarlett was the shrinking violet in the group. Faithful to her friends, and hiding secrets of her own. When Mercedes steps in to rescue her, she unknowlingly plucks the thread that unravels Scarlett’s whole world.

But as Scarlett strives to hold fast to what is familiar the fabric of her life continues to come undone and secrets that are best kept hidden are exposed. 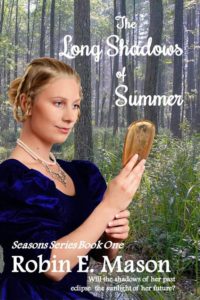 Robin E. Mason has a gently-dignified Southern writing voice, and the first person narrative in her Seasons series is the perfect stage on which that writing voice shines. I’m instantly immersed in the setting, each word wrapping around me like my Tennessee grandmother’s flour-coated hugs. Each of the four main characters is vividly drawn, true to the time period but still relatable to today’s readers. The flashbacks to their childhood friendship are at once sweet and poignant, even as heartbreak and grief barge in over time. 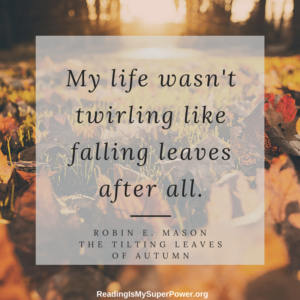 In The Tilting Leaves of Autumn, we get to hear from Scarlett – another of the friends whose situation has dramatically changed from childhood to adulthood… and then again. Scarlett’s story is truly horrifying and heartbreaking, yet she maintains an inner dignity that is inspiring. At the same time, she struggles with fear as well as duty-based guilt, and these act as shadows over her heart that keep her from resting in the peace now available to her.

My favorite scene in the novel is the discussion between Mrs. Willowby and Scarlett over the ‘ruined’ snow white gown. The way that Mason weaves the conversation naturally into the gospel message a la Isaiah 1:18 is very meaningful and well-written. The tone stays light yet the reader also gets the sense that this is life-changing for Scarlett and perhaps even themselves.

Bottom Line: The Tilting Leaves of Autumn is gripping and emotional, a study in friendship, family and transition as well as mercy. Compelling characters and a warm writing voice help the story come alive as the town of Saisons bustles around us. As in the first book, sometimes the pacing slows but it’s much improved in this 2nd novel! A tough subject matter to the plot but one handled with grace and dignity, sure to tug on your emotions and linger in your heart. 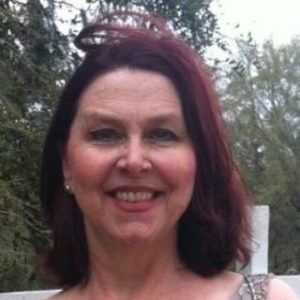 1. The first bit I got of this series was the four names of the friends: Mercedes, Simone, Scarlett, and Pearl. They became the main characters of each of the books.

2. The story, however, is not what I had first thought it would be.

4. This is my first go at writing in first person. I like it, and have been told I’ve “found my voice.”

5. At one point, Simone calls Mercedes “pragmatic,” and I realized each of my four main characters is one of the four temperaments: phlegmatic, sanguine, melancholic, and choleric.

6. I knew the general setting, and used Google maps to find a town to “borrow.” Saisons is based loosely on Lake City, SC—until I moved it south a little on the Edisto River rather than the Santee.

7. I didn’t know the extent of Scarlett’s abuse until I was writing it. (And no, I’ve never suffered physical abuse.)

8. I know all too well the fight to let go of wrong thinking.

9. I didn’t know Scarlett was a fashion designer until I was writing it. I can visualize her style, and did my best to find images to represent it.

10. I find sanctuary being outdoors like Scarlett did. If there are trees and a river, even better. 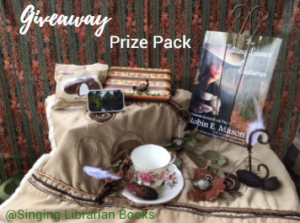 This giveaway is hosted by SLB Tours, not RimSP.
Follow along with the tour here.

5 responses to “Book Review (and a Giveaway!): The Tilting Leaves of Autumn by Robin E. Mason”