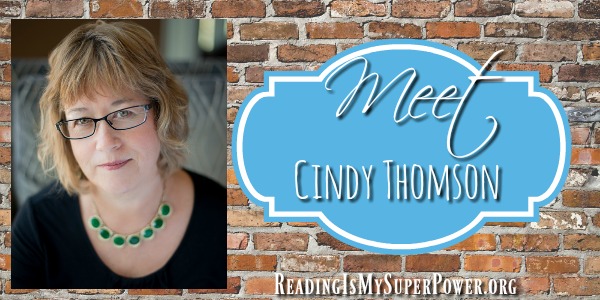 I had the privilege (and pleasure) of meeting today’s guest at CFRR2017 this past August & I’m happy to introduce y’all to Cindy Thomson too!

Cindy Thomson’s love of Irish history inspires much of what she writes. She is the author of eight books, including her newest novel set in early medieval times, Pages of Ireland. Her first novel, Brigid of Ireland, was published eleven years ago. She has written a historical series based on early 20th century Ellis Island immigrants, some non-fiction works, and numerous magazine and online articles on genealogy and Irish travel, and does genealogical research work-for-hire.

Cindy is the author of the Daughters of Ireland series which takes place in 5th & 6th century Ireland. 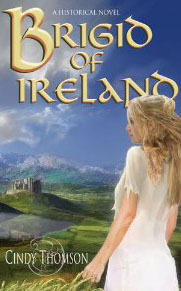 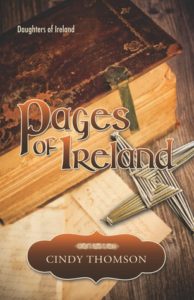 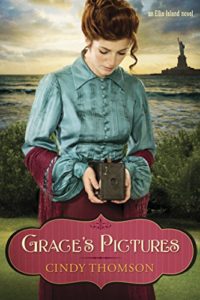 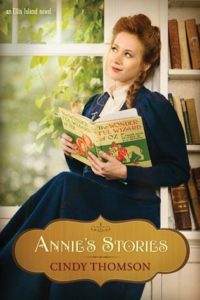 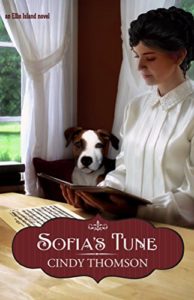 Hi Cindy! Welcome to the blog! I start all of my guests out with a fast four:

Cindy: Apples: they are easier to eat and we have an orchard close to our house.

Cindy: What happened to Fall? That’s my favorite, but I guess I’ll pick summer. I don’t mind winter but the long days of summer and vacations and cookouts are so fun.

Carrie: Fall really is the best, you’re right. I love winter but not Kentucky’s dreary snow-less winters. Fall is so lovely with the crisp temps and the warm colors. Plus pumpkin. And apples. 😀

Cindy: Cats, I guess. We’ve had more cats over the years and only one dog, although I do miss my dog. I have several “granddogs” so I like them both.


Carrie: At least you claim your granddogs as such – my parents love our dog but they refuse to call her a granddog. lol.

Cindy: Definitely tea. Because of my Irish roots, maybe. I just like it better.

Cindy: My superpower would be to reach readers all over the world without having to spend time marketing, at least not the stuff that isn’t really fun. I do enjoy Facebook parties and messages. My second superpower would be reading too, reading super fast so I don’t miss any good books. The superpower I actually have (not just wish I had) would probably be researching. I like to think that I find stuff other people can’t, or don’t.


Carrie: I love this answer!! Wouldn’t a reach-without-marketing be so nice??


Cindy: Charlotte the spider from Charlotte’s Web. How wise she was. I cherish that story in part because my mother read it to me before bedtime, even after I was able to read myself, and even though we’d read it before. My mother was big on bedtime stories. She made one up for her grandchildren. I think there’s nothing better than going to sleep thinking about wise, wonderful book characters.

Carrie: Oh how I loved Charlotte! That book still makes me cry ♥

Cindy: I’m sure they’d say I’m taking too long to tell their stories! I’m not a fast writer, and now that I watch my granddaughter during the week, I’m even slower. And when I do get back to it, I take a lot of time to research and I’m sure they’re quite impatient with me. They keep shouting at me. They will soon wear me down and I’ll have to finish my current book so they will leave me alone!


Q: The Daughters of Ireland series looks at 5th & 6th century mostly-pagan Ireland with a bit of a fantasy twist, it seems. Between the two heroines, Brigid and Aine, who do you most relate to?

Cindy: Definitely Brigid. She is searching continually for both God and a family connection, and although people would come to call her a saint, she sometimes struggled with faith. But she persevered, as I try to do. She is not me, I just relate to her as you said. I do have a husband for example, and I am not consecrated in any ecclesiastical position, but there are traits that speak to me and tell me to keep going and God will meet me at my weakest points. And I strive to be as generous and caring about others as she was. In that way, her character inspires me even though I’ve created her (For my stories. Many people believe she was a real person.)

Aine is young and foolish, and I like to think I’ve outgrown that. 🙂

Carrie: I’ve always been so fascinated with Brigid, even though I don’t come from a church tradition that recognizes ‘saints’ as such. I’m so glad you gave her some life 🙂


Q: Your Ellis Island series must have turned up some fascinating research as you prepared to write those books. Are there any tidbits of research that most intrigued you? 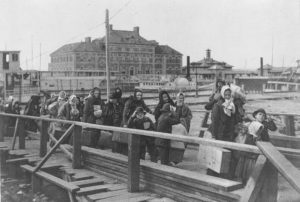 Cindy: Oh, tons. You can hear some of the voices of people who came through Ellis Island because many were recorded in the 1920 and ‘30s. And to hear the emotion in their voices is so touching. The hope they all carried as they caught sight of the Statue of Liberty reminds me of the sacrifices of my ancestors. The fear they felt when they went through the inspections before they were admitted to the country. I’m sure many worried they’d be sent back and they’d already spent everything they had to get here.

There were also many fascinating things I discovered about turn-of-the-twentieth-century New York City. In Grace’s Pictures the Hudson Dusters gang wasn’t from my imagination. They were a real gang, although not like a gang we would normally think of. They caused the police some headaches, but they were mostly thought of as a disturbance. They got their name from their cocaine habit, which was not illegal at the time. I was also fascinated by the many charitable agencies and organizations trying to help new immigrants at the time when immigrants were flooding in at record numbers. And society in general had little idea of their struggles until Jacob Riis began revealing the tenement living conditions. The contrast between the poor and the exceedingly rich was incredibly vast. Not much of a middle class. 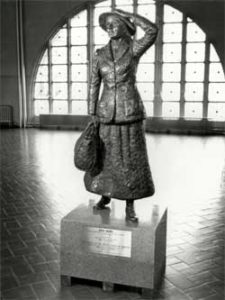 A side note is that I was given the opportunity to write the transcript for the Annie Moore statue on Ellis Island. She was the first immigrant who came through Ellis Island when it opened. For many of the statues around NYC there is currently a code you can scan with your smart phone to hear the statues talk. Hired actors give an authenticity to the narratives. It was an honor for me to write Annie’s words.

Carrie: Oh. My. Goodness. THAT IS SO AMAZING, Cindy!! The history/immigrant geek in me is doing a Kermit-worthy flail right now. I’m off to Amazon to make sure all of these books are in my stash!

Cindy: I hope they will be entertained, but also that they will learn from these stories inspired by the lives of those who came before us.  The people of the past have a legacy to pass on, a legacy of faith in God, and I hope these fictional stories will help reveal that legacy.

Carrie: Yes! May we never become so content with the present that we neglect the legacy of the past ♥

Cindy: Thanks for inviting me. This was fun! I am currently finishing up the third in the Daughters of Ireland series. This one features the mother of St. Columcille (one of the saints of Ireland after St. Patrick and St. Brigid) and also Columcille himself. It’s a story of a mother and her son (I have three!) and the hopes and fears of letting go. It also deals with family traits, bad things that we sometimes believe are passed down to us for which we must suffer. The idea that we are destined to repeat the mistakes of our ancestors. But God has a plan for Columcille despite it all, and he has healing for his mother’s heart. It will be published sometime next year, but as I said, I’m slow so I can’t say exactly when. Someone tell the characters not to worry. I will be finishing soon!


Sign up for Cindy’s newsletter & get the Ellis Island series prequel novella for FREE!
Sign up here or by clicking on the image below. 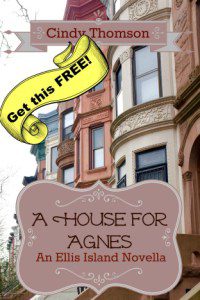 What about you? What interests you about Cindy and her books? 🙂