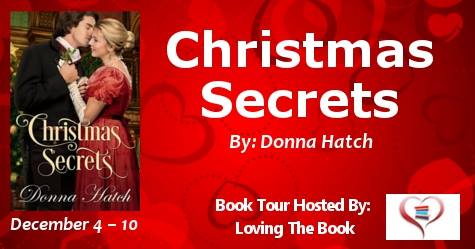 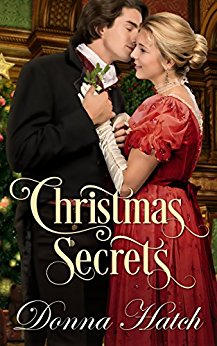 A stolen Christmas kiss leaves them bewildered and breathless.

A charming rogue-turned-vicar, Will wants to prove that he left his rakish days behind him, but an accidental kiss changes all his plans.

His secret could bring them together…or divide them forever.

Holly has two Christmas wishes this year; finally earn her mother’s approval by gaining the notice of a handsome earl, and learn the identity of the stranger who gave her a heart-shattering kiss…even if that stranger is the resident Christmas ghost.

Note from the Author: This romantic story of expectations, complex family issues, forgiveness and redemption will leave you laughing, crying, and swooning. Sprinkled liberally with heart-melting kisses, suspense, learning to accept oneself and drawing on one’s inner strength, this is not your ordinary historical romance nor of redeeming the rakes. Fans of Victorian and Regency Eras as well as those seeking clean and wholesome romance with plenty of chemistry will love this story!

I can always count on Donna Hatch to weave a delightful tale with vivid characters and swoony kisses. Christmas Secrets does not disappoint.

Holly & Will have some great chemistry but their characters go much deeper than that too. Holly has to deal with a host of family expectations, particularly from her mother. Will is fighting to prove he really is a redeemed rogue. Not only is he a rogue-gone-good, he’s now a vicar … so his whole livelihood depends on his redemption being true and lasting. A secret kiss between Holly and her ‘ghost’, the result of a parlor game dare, challenges both of them.

My favorite aspect of Christmas Secrets (besides the kisses, of course, because Donna Hatch writes some fabulous kisses, y’all) is the traditions tucked into the story. You get a sense of the history behind them as well as an atmosphere brimming with everything we love about Regency/Victorian Christmases. This added some nice layers to the story as a whole.

Bottom Line: Christmas Secrets brings a Regency-era Christmas to life with tradition, history, family dynamics, and of course romance. And, after all, a book that starts and ends with a kiss is the perfect choice for those cold wintry days. You will fall in love with Will and Holly and their Christmas – secrets and all!

This snippet comes from a scene in which Will and Holly, along with others, including Will’s main competition for the fair Miss Gray, are decorating the village church for the Christmas Service.

Will set the ladder near one of the columns and eyed the metal supports bolted to the pillars on either side of the altar. Good. All was ready for the candles to be placed for the Christmas service. Miss Gray moved like a dancer amidst the pews, her slender, yet curvy form softly contrasting with the stone walls. She was such a spot of cheer.

Raised to marry a lord. Not a vicar.

That same kicked-in-the-gut sensation returned. Muttering under his breath, Will followed the rector into the vestry to collect the candles. He hurried back, almost starving for Miss Gray’s presence. As they worked, Miss Gray hummed The Holly and the Ivy.

Will listened to her sweet voice for a moment and couldn’t resist joining in. Bradbury also sang with a strong bass that harmonized with the melody. Was there anything he didn’t do well? Will indulged in some very un-Christian thoughts about the oh-so-perfect lord.

Mrs. Gray also sang, with a voice as lovely as her daughter’s. After a moment, the cheery tunes lifted Will’s mood. Standing on the ladder, Will added the extra candles needed for the Christmas service, then assisted in wrapping the columns as Miss Gray had suggested.

In less than an hour, they transformed the humble parish church into a celebratory Christmas haven, almost fit for a drawing room.

Will choked and laughed at the outrageous statement. Honestly, he agreed. Lord Bradbury’s eyes widened. Mrs. Gray shot her daughter a withering look.

The poor girl flushed and bit her lip, looking down. “Erm, I mean…”

Mr. Appleby didn’t see the humor, either. “Adding such a pagan symbol as mistletoe would no doubt create a public outcry and possibly have me removed from my position.”

Of course, if Will could get Miss Holly Gray beneath a kissing ball….

For all intents and purposes, Will had given his word not to pursue her. He reviewed his newfound resolve to cling to duty, to turn over a new leaf in life, and to please his family by bringing honor rather than dishonor to the Berry name. Keeping his word, duly given to a lady, fell squarely into that resolve. No more romantic fantasies about Miss Gray.

Very well, he’d avoid Holly Gray as much as possible without appearing to give her the cut. He must resist talking to her or even looking at her. He must.

Of course, that included ensuring that she never discover who had kissed her, which meant he must continue an ungentlemanly deception. 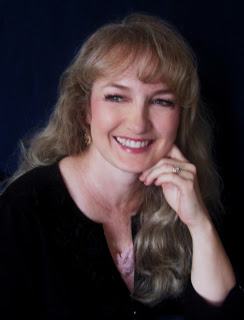 Donna Hatch is the author of the best-selling “Rogue Hearts Series,” and a winner of writing awards such as The Golden Quill and the International Digital Award. A hopeless romantic and adventurer at heart, she discovered her writing passion at the tender age of 8 and has been listening to those voices ever since. She has become a sought-after workshop presenter, and also juggles freelance editing, multiple volunteer positions, and most of all, her six children (seven, counting her husband). A native of Arizona who recently transplanted to the Pacific Northwest, she and her husband of over twenty years are living proof that there really is a happily ever after.


This giveaway is hosted by Loving The Book, not RimSP
Follow along with the tour here.

7 responses to “Book Review (and a Giveaway!): Christmas Secrets by Donna Hatch”