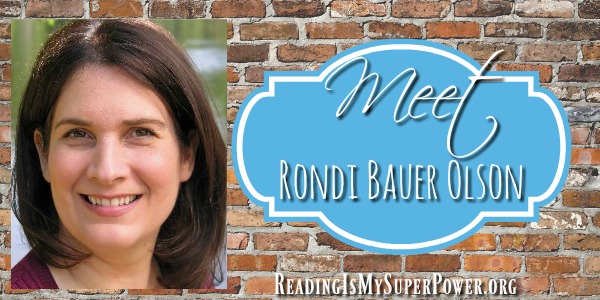 As part of the Litfuse Blog Tour for All Things Now Living, please join me in welcoming Rondi Bauer Olson to the blog today!

Rondi Bauer Olson is a reader and writer from Michigan’s Upper Peninsula. Her debut novel for young adults, All Things Now Living, was a finalist in the 2012 Genesis Contest. She and her husband, Kurt, live on a hobby farm with three of their four mostly-grown children, along with a menagerie of animals including, but not limited to, horses, cows, alpacas, goats, dogs, cats, rabbits, chickens, and parrots. Rondi also works as a registered nurse and owns a gift shop located within view of the beautiful Pictured Rocks National Lakeshore.

You can connect with Rondi on her website and the Seventh Daughter series.

Her book, All Things Now Living, is a YA Dystopian novel published in May 2017! 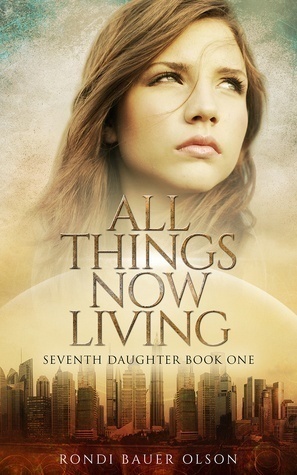 Her whole life Amy has been taught the people of New Lithisle deserve to die, but when she falls for Daniel, she determines to save him.

Sixteen-year-old Amy doesn’t like anything to die, she won’t even eat the goats or chickens her mama has butchered every fall, but she can’t let herself pity the inhabitants of New Lithisle. In a few short months the dome they built to isolate themselves from the deadly pandemic is predicted to collapse, but her whole life Amy has been taught it’s God’s will they die. They traded their souls for immunity to the swine flu virus, brought God’s curse upon themselves by adding pig genes to their own.

Then, while on a scavenging trip with her father, Amy is accidentally trapped in New Lithisle. At first her only goal is to escape, but when she meets Daniel, a New Lithisle boy, she begins to question how less-than-human the people of New Lithisle are.

Amy’s feelings grow even more conflicted when she learns she didn’t end up in New Lithisle by mistake. Her father is secretly a sympathizer, and was trying to prevent the coming destruction.

Now time is running short and Amy has to decide if she will bring the computer program her father wrote to his contact or save herself. Installing the program could prevent the dome’s collapse, but if Amy doesn’t find her father’s contact in time, she’ll die, along with everyone else.

Hi Rondi! Welcome to the blog!


Carrie: But… winter. Snow and Christmas 😀

Rondi: This is an impossible question, if I say cats my dogs will look sad and pitiful and break my heart, but if I say dogs my cats will possibly scratch my eyes out while I sleep.

Rondi: Tea, of course! Why? Green tea with hibiscus or blueberry isn’t just good, it’s good for you.


Carrie: Green tea with hibiscus is one of the only teas I like!

Rondi: An empath, the type that suffers, or heals. Maybe both.


Rondi: Anne, of Anne of Green Gables. I think as children we all feel like misfits, and Anne was both relatable and admirable.


Rondi: That I am always ready to make a quick exit out of the country. Not that I have, yet. Someday, maybe.


Q: Describe your main characters, and tell me who you would cast in their roles if Hollywood wanted to produce All Things Now Living as a movie!


Rondi: Amy has been a lifelong victim of hatred because of her mother, so she’s somewhat anxious and hesitant to trust. Daniel is his families’ golden child, perfect in looks and actions, but he wishes someone would see beyond his exterior and love him for who he is, good and bad. As far as who would play them in a movie, I’ll go with Selena and Justin.

Carrie: Those casting choices would definitely bring in the viewers!


Q: What surprised you about All Things Now Living or your characters as you wrote their story?


Rondi: My main character’s love interest, Daniel, was not a part of the original story. When I first added him he felt like an interloper, but now I adore him.

Carrie: A little love interest is always a good thing 🙂


Q: What do you most want readers to take away from All Things Now Living?

Rondi: It has become cliché to say “choose love”, but I hope readers take with them a greater sense of what choosing love means, being patient, kind, thinking not of ourselves, but of others, believing, hoping, and bearing.

Rondi: I am working on the sequel to All Things Now Living, The Stars in Their Courses, with a release scheduled for next spring.

Stay up all night reading this thrilling new book from Rondi and enter to win a Kindle Fire!

Enter today by clicking the icon below, but hurry! The giveaway ends on December 14. The winner will be announced December 15 on the Litfuse blog.

One response to “Author Interview (and a Giveaway!) Rondi Bauer Olson & All Things Now Living”