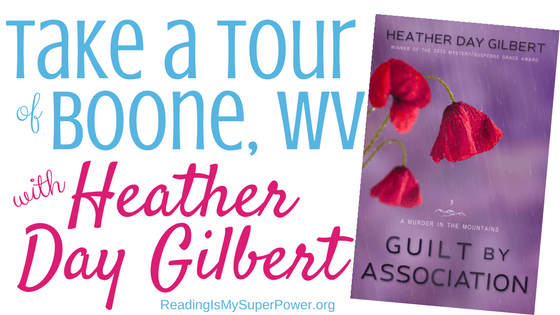 Can I just gush over this cover for a minute? I love the colors!! Heather Day Gilbert’s covers are always stunning, and I’m excited that she’s here today to give us a setting tour for her new book, Guilt By Association. 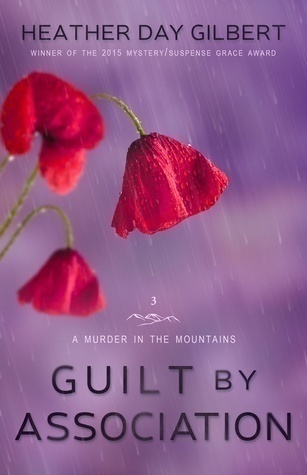 Tess Spencer hadn’t planned on returning to her hometown, but when her ex-prisoner mom puts in a special request, Tess overcomes her hesitance to help her turn over a new leaf.

Pearletta Vee’s drug-dealing past is resurrected when the body of an overdosed teen shows up—right next to her trailer. Tess decides to stick around and investigate, yet the evidence is stacked against Pearletta. Tess suspects a setup—but why?

Never one to back down from a challenge, Tess takes on a wayward teen, an abusive grandma, and more than one drug dealer in her quest for the truth. But it’s going to take a miracle to keep her from becoming a casualty in her own personal war on drugs.

Plunging into the shadowy reality of the drug epidemic in West Virginia, Guilt by Association is the third book in the award-winning Murder in the Mountains mystery series. 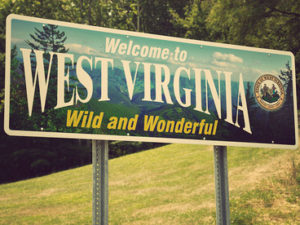 Before I wrote my latest mystery release, Guilt by Association, I knew I needed to make a trip to Boone County, West Virginia, where the book is set. It’s a coal-mining area and the place where my amateur sleuth, Tess Spencer, grew up. So one fine Saturday, my husband and I took a drive through the countryside there. Today I’m going to share five details in the book that were taken directly from what we saw.

1) Goats sunning themselves on a driveway on a hill, right next to cars. 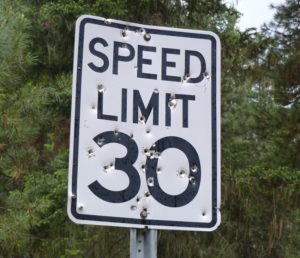 3) Road signs that have numerous bullet holes in them. They’re everywhere in Boone, and around where I live, too. Like Tess, I’ve never figured out how people shoot those signs up without hitting anyone driving by or living behind them. Somebody please explain that to me.

4) A mountain in front of you that looks like the EXACT SAME MOUNTAIN when you round every curve.

5) Tudor’s Biscuit World. Tess gets a biscuit there but doesn’t like their coffee. There are Tudor’s all over this part of West Virginia and they’re quite popular.

And I’ll include a few photos (taken from a moving car!) to give a feel for the area. The book is set in a trailer park, and there are many of those in Boone. Tess also describes some of the coal mine areas, and you’ll see the large pipe overhead she mentions. 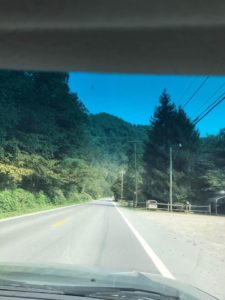 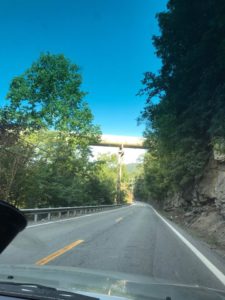 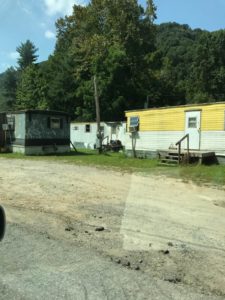 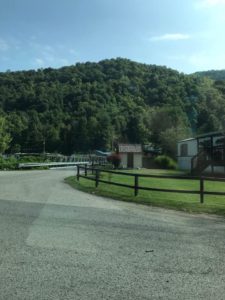 I hope readers enjoy a very realistic taste of modern-day West Virginia when they read Guilt by Association! More importantly, because the book covers the drug epidemic here, I’m donating half my first month’s profits to a local women’s long-term rehabilitation center, Sparrow’s Nest. This includes income from both e-book and softcover versions of the book. I hope you’ll consider buying this West Virginia mystery during the month of December to show support for this Christian facility that is helping women break the chains of addiction so they can get back to their families. 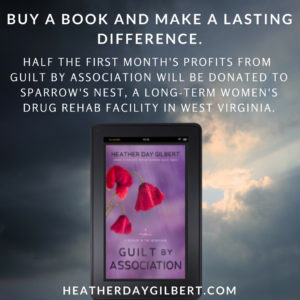 Thank you, Heather! Love these behind the scenes peeks! And what a great cause – thank you for your giving heart ♥ 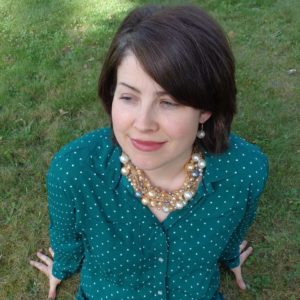 HEATHER DAY GILBERT, a Grace Award winner and bestselling author, writes novels that capture life in all its messy, bittersweet, hope-filled glory. Born and raised in the West Virginia mountains, generational story-telling runs in her blood. Find out more at heatherdaygilbert.com.

What about you? What most intrigues you about Boone, WV?