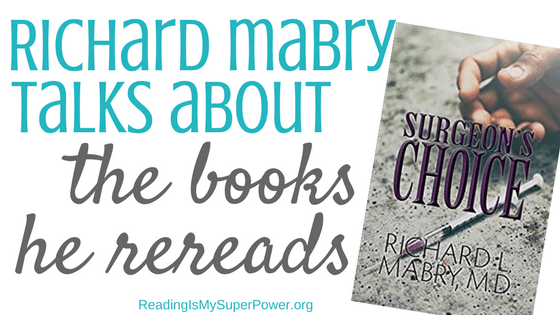 Please join me in welcoming Dr. Richard Mabry back to the blog today! His new novella, Surgeon’s Choice, released at the beginning of the year! 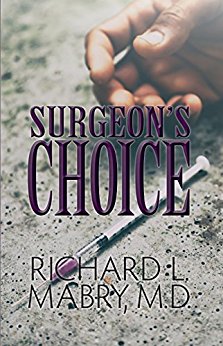 Dr. Ben Merrick and his fiancé, Rachel Gardner, can’t get her divorced parents to stay in the same room, much less attend their wedding together.

He is already looking over his shoulder expecting more trouble from a very senior surgeon who has shown he is still smarting from a previous dust-up, but Ben doesn’t know if a series of mishaps and accidents are caused by a disgruntled patient’s relatives or represent more from the older surgeon.

Complicating it all is the question of whether Rachel’s father is back doing drugs.

Then, when people start dying, Ben and Rachel wonder if they can escape unscathed…and alive.

François Mauriac says, “‘Tell me what you read and I’ll tell you who you are’ is true enough, but I’d know you better if you told me what you reread.” So let’s get to know Dr. Mabry a bit better!

It’s the new year, and everyone is publishing their lists of “bests.” It’s dangerous for an author, especially one who writes mysteries, to start naming their favorite books—there’s too much likelihood of leaving someone out, and that’s not a risk I’m interested in taking. Instead, I’ll talk about the mystery novels that I go to again and again. These books and authors aren’t new, by any means, nor is the list all-inclusive. But you might be interested in what I like to re-read, and the reasons behind my thought processes. 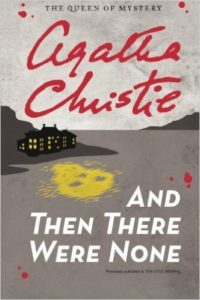 The novels of Agatha Christie probably gave me my start enjoying mysteries. I still recall when I was in the service, thousands of miles away from home and family, when I decided to buy a paperback copy of Ten Little Indians. I started the novel after the evening meal, settling down in the Bachelor Officers’ Quarters, thinking I’d read until I got sleepy. I read all night, finishing the book about sunrise, not wanting to stop nor daring to turn out the light. From that point on, I read every mystery by this wonderful woman, and when it was time for me to start writing novels on my own, I knew full well that they should be in this genre.

When Cynthia was in the ICU (two weeks of hell, because I’m a physician and I knew what the end result would most likely be), I had to have something to take my mind off what was facing me. That was when I pulled out the complete works of the late Robert B. Parker and read through them again. Parker had the unique ability to transport the reader to wherever his scene was set and engage them with simple declarative sentences. I knew how every one of the novels came out, but almost without exception I was entertained by the writing as much as the plot. I’ll have to admit that I had to skip over a bit of profanity, but between my time in college, baseball, med school, and the service, I’d heard the words before.

The recent political upheaval has made some of us think, “I never want to hear about this again.” But it’s really nothing new. I got my introduction to some of the inner workings of politics specifically and deviousness in general through the works of the late Ross Thomas. Although written half a century ago, these novels and their labyrinthine turns, treachery, and double-crosses are still fresh so far as I’m concerned. Change the circumstances a bit, plug in a new “enemy,” and I’m reading once more about stories that could have been taken from recent headlines. 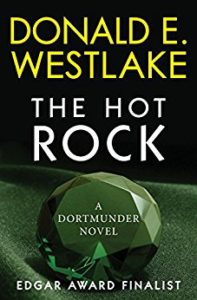 Not all of my favorites are the work of authors now deceased. For instance, I like the novels of John Grisham. Just as people enjoy reading about medicine, I like to see what lawyers do in their practice. Some of Grisham’s works deal with other things, such as Italy or going back to one’s home town, but the legal dramas are the ones I reach for.

And when I want to smile as I read, I reach for one of the books by the late Donald Westlake. Rather than the term many now use, that of “pantser,” meaning an author who writes by the “seat of his pants,” Westlake liked to refer to what he did as “push fiction.” His thought was that if he didn’t know what was around the next corner for his hero, the reader couldn’t, either. I like that, and it has influenced my own writing.

Of course, in addition to these “oldies,” I like to read the work of many of my contemporaries. You probably have your own favorites as well, and I hope you include my “medical mysteries with heart” among them. My latest is a novella, Surgeon’s Choice.

Who knows. Someday in the future you might include my work in the list of books you enjoy re-reading. I hope so. 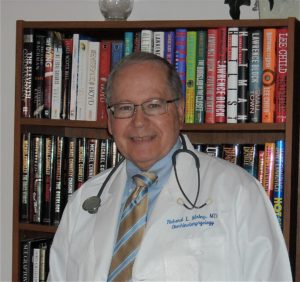 Dr. Richard Mabry is a retired physician, now writing “medical suspense with heart.” His novels have garnered critical acclaim and been finalists for multiple awards. In addition to one non-fiction book, The Tender Scar, he has written eleven novels and four novellas. The latest is Surgeon’s Choice.

He and his wife live in north Texas, where he works fruitlessly to improve his golf game and tries to convince his family that staring into space is really working. You can learn more at his blog and web page, as well as finding him on Facebook and Twitter.

Dr. Richard Mabry is giving away a copy of Surgeon’s Choice to one of my readers! (Winner’s choice of print or ebook. International winners only eligible for an ebook. Must be able to successfully accept an ebook from US Amazon. Void where prohibited by law.) This giveaway is subject to Reading Is My SuperPower’s giveaway policies which can be found here. Enter via the Rafflecopter form below.


What about you? Have you read any of Dr. Mabry’s faves?