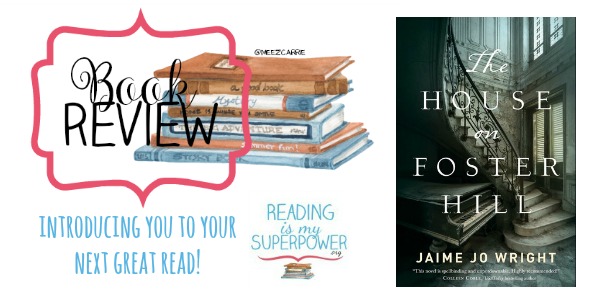 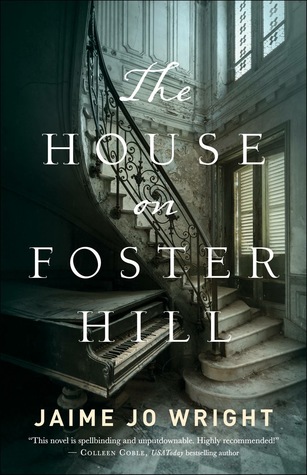 Kaine Prescott is no stranger to death.

When her husband died two years ago, her pleas for further investigation into his suspicious death fell on deaf ears. In desperate need of a fresh start, Kaine purchases an old house sight unseen in her grandfather’s Wisconsin hometown. But one look at the eerie, abandoned house immediately leaves her questioning her rash decision. And when the house’s dark history comes back with a vengeance, Kaine is forced to face the terrifying realization she has nowhere left to hide.

A century earlier, the house on Foster Hill holds nothing but painful memories for Ivy Thorpe.

When an unidentified woman is found dead on the property, Ivy is compelled to discover her identity. Ivy’s search leads her into dangerous waters and, even as she works together with a man from her past, can she unravel the mystery before any other lives– including her own–are lost?

“Nothing good ever came from wandering in the dark.”

The House on Foster Hill, Jaime Jo Wright’s debut novel, is a riveting twist on the gothic novel, and it’s deliciously intense! The dual timelines add to the intensity, and the writing is vivid and multi-dimensional. The layers in both eras, centered around the abandoned house and an old book, are skillfully drawn and powerfully connected. 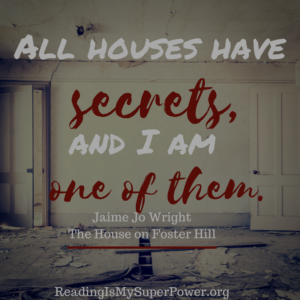 Ivy is a truly intriguing character – the daughter of the town doctor, she believes “no one, ever, deserved to be forgotten” and records the local deaths in a book – with anecdotes & personal memories of the deceased. A recent, unidentified, dead young woman found on the Foster Hill property touches something deep in Ivy’s soul, and she can’t help but press for answers. I really loved this dimension to Ivy’s story – partly because I too was quite curious about the mystery element but also because of the emotions it stirs up for Ivy. She is still grieving the death of her brother and the long (perceived) abandonment by her childhood sweetheart, Joel (who also happens to be the detective investigating the dead girl’s murder).

Kaine is an enigma in many ways, and her story unfolds in layers as the present-day timeline of this timeslip novel progresses. Her history is marked with loss and grief, and she hopes restoring Foster Hill House will also recenter her own life & help her find joy again. She’s not expecting the relationships that she begins in her grandfather’s hometown, especially with the handsome and compassionate Grant, yet it’s who (or what) she’s running from that is perhaps the most compelling element of her story. Because it’s this aspect of Kaine’s story that may catch you by surprise in more than one way (all good). Her plot thread is even more layered than Ivy’s, perhaps because the two threads intertwine so that she’s carrying Ivy’s thread along with her own. I’m not sure, but what I do know is I loved both plot threads and both heroines very much!

What I loved most of all, though, is how Ivy’s story connects with Kaine’s. Not just as it relates to their mutual connection to each other & to Foster Hill House but in the way they both inadvertently are affected by – and end up championing – the same cause. It’s something very close to my own heart, and I really appreciated that the author chose this underlying theme. Yes, it’s gritty and raw and emotional sometimes, but it doesn’t hang so heavy over the plot that you feel suffocated by it. It’s presented with lots of grace, not to take the edge off the pain so as to minimize the heartbreak… but to remind us Whose holy heart breaks over it too. And despite the horrors connected to the house, despite the horrors that Kaine herself has witnessed, a voice from the past gently speaks hope into the darkness:

“I choose to believe… I know God’s presence here. Even in darkness, He is here… Someday I will see His face and all of this will wash away… I choose hope.” 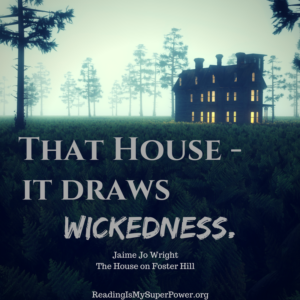 And we can’t forget the main character of this novel – the house itself. Wright does such a phenomenal job of setting the scene with delicious descriptors like, “Cavernous windows opened in a silent scream on the face of the Gothic house tilted on the crest of Foster Hill.” Or the line I used in the opening of this review, “Nothing good ever came from wandering in the dark.” Or how about, “Its gables towered as if to mock her, and balconies curved in permanent, evil grins.” You will want to devour this in one sitting, if possible, because once this house – and Wright’s effective mood-setting – gets a hold of you, you won’t be able to put it down.

Bottom Line: The House on Foster Hill is a stunning debut from Jaime Jo Wright! Its gothic feel and intriguing characters wrap around the reader like an old quilt, begging them to read this novel while curled up near a warm fire. The dual timelines are handled with skill, seamlessly connected and yet distinct. Both Ivy and Kaine are relatable and compelling heroines, while Joel and Grant nicely complement their respective female counterparts. (Joel grew on me faster than Grant but I ended up really liking both of them.) Grace and hope permeate these pages, even in the middle of the intense suspense and the darkness that has cloaked Foster Hill for too long. If you’re a fan of Carrie Stuart Parks, Sandra Byrd, or Mike Nappa, you need to read The House on Foster Hill. 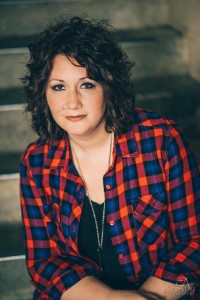 Professional coffee drinker & ECPA/Publisher’s Weekly best-selling author, Jaime Jo Wright resides in the hills of Wisconsin writing spirited romantic suspense stained with the shadows of history. Coffee fuels her snarky personality. She lives in Neverland with her Cap’n Hook who stole her heart and will not give it back, their little fairy Tinkerbell, and a very mischievous Peter Pan. The foursome embark on scores of adventure that only make her fall more wildly in love with romance and intrigue. Jaime lives in dreamland, exists in reality, and invites you to join her adventures at jaimejowright.com

What about you? Why do you choose hope?

35 responses to “Book Review: The House on Foster Hill by Jaime Jo Wright”