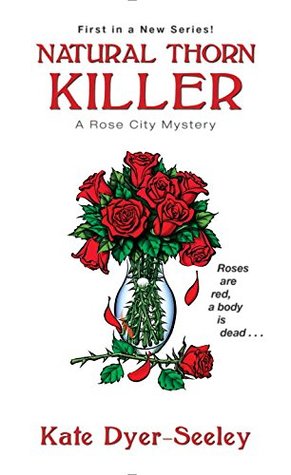 Britta Johnston might be a late bloomer, but after leaving her deadbeat husband and dead-end job, she’s finally pursuing her artistic passion at her aunt Elin’s floral boutique, Blooma, in Portland, Oregon. It’s on the banks of the Willamette, in a quaint district of cobblestone paths and cherry trees. The wine bar featuring Pacific Northwest vintages is a tasty bonus, offering another kind of bouquet to enjoy. But things aren’t as peaceful as they look.

For one thing, someone’s been leaving dead roses around–and a sleazy real estate developer who wants the waterfront property has put a big-money offer on the table.

Then, after a contentious meeting of local business owners, he’s found on the floor of the shop, with Elin’s garden shears planted in his chest. And before the police decide to pin the crime on her beloved aunt, Britta will have to find out who arranged this murder . . . 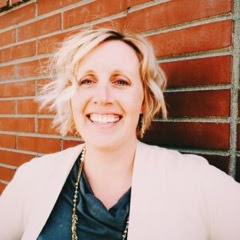 Kate Dyer-Seeley aka Ellie Alexander writes multiple mystery series, all with a Pacific Northwest touch. She lives in the PNW with her husband and son, where you can find her hitting the trail, at an artisan coffee shop, or at her favorite pub. Better yet—at all three.

This giveaway is hosted by Great Escapes, not RimSP
Follow along with the tour here.

What about you? Do you have a green thumb?

10 responses to “Book Blast (and a Giveaway!): Natural Thorn Killer by Kate Dyer-Seeley”