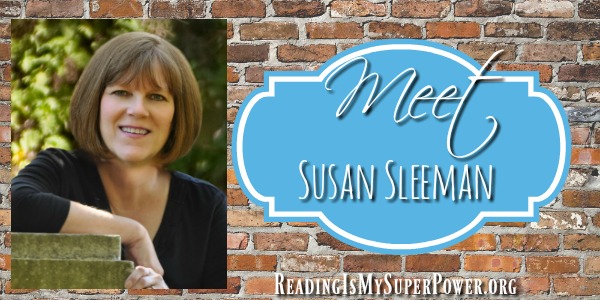 I have been a fan of Susan Sleeman’s books for a couple of years now, and I always look forward to news that she’s got a new one coming out. Sadly, life gets in the way all too often so I’m a bit behind on reading her latest releases BUT they are all here waiting for me the first chance I have some free time.

SUSAN SLEEMAN is a bestselling and award-winning author of more than 30 inspirational/Christian and clean read romantic suspense books. Readers love her romantic suspense series for the well-drawn characters and edge-of-your-seat action. She graduated from the FBI and local police citizen academies, so her research is spot-on and her characters are real. In addition to writing, Susan also hosts thesuspensezone.com. She has lived in nine states but now calls Oregon home. Her husband is a retired church music director, and they have two beautiful daughters, a very special son-in-law, and an adorable grandson.

To learn more about Susan’s books sign up for her monthly email that includes exclusive excerpts, giveaways, and other goodies. http://www.susansleeman.com/susans-newsletter/ 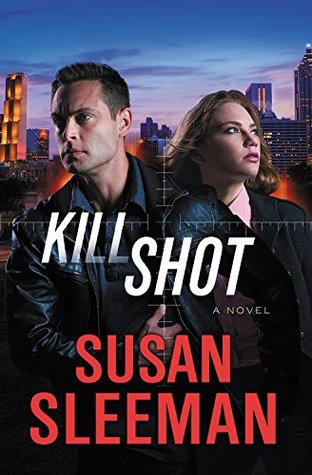 Suspense and romance combine in Susan Sleeman’s thrilling new novel about an FBI agent who must team up with a beautiful therapist to stop a killer with a deadly new weapon.

Some fears haunt you forever….

As the ballistics and weapon’s expert for the FBI’s special task force nicknamed the White Knights, Rick Cannon has known the Department of Defense was developing self-steering bullets. Rick feared these smart bullets–which have one hundred percent accuracy that can turn even a novice into a lethal sniper–would eventually end up in the hands of the wrong people. But since the ammunition was still in the development stage, he figured they had plenty of time before that happened. He was wrong. Dead wrong.

Until they become reality.

When a homeless vet is killed with a smart bullet, it’s clear that the ammunition has been stolen, and the Knights are called in to find the thief and stop the killings. But they aren’t the only ones desperate to find the killer. Therapist Olivia Dobbs is well known for her success in counseling military veterans with PTSD. When she discovers one of her clients moments after he is murdered, she becomes both the FBI’s prime witness, and suspect.

Despite the mutual attraction that immediately sparks between them, Rick can’t–no he won’t–let Olivia interfere with his investigation. But when the sniper trains his rifle on her, Rick must recall all the skills he learned as a Marine sniper to make sure the next bullet fired isn’t a kill shot that takes Olivia out.

Hi Susan! Welcome to the blog!

Susan: Do I have to choose? Usually I’m an apple girl, but lately I have been enjoying clementines so much I can’t choose.

Susan: Summer, totally. Winter in Oregon is rainy and dark and gloomy. Summer is gloriously sunshiny most every day and the temperatures reasonable. And it’s garden season which in my mind is reason enough

Carrie: Maybe if I gardened and didn’t kill things, I would like summer more. Probably not though lol.

Susan: Cats. Though I do like dogs, we have always had cats. Not sure why, though. We have the sweetest cat right now who acts like a dog in so many ways.


Carrie: You have a dat! A cat who think he’s a dog. My husband’s cousin has one of those too.

Susan: Coffee. I have just never liked tea much unless it’s iced tea. Then I am all over it.

Susan: I would like my superpower to be love. That I could share it and breathe it into others in such a way that the world would be a better place to live.

Carrie: We could all use a little more of that superpower ♥


Susan: I was a Nancy Drew mystery reader growing up. I remember curling up and reading and re-reading these mysteries and imagining myself as Nancy Drew investigating and solving mysteries. I loved mysteries even back then so it’s only natural that I’m a suspense/mystery writer now.

Carrie: I love that! yes! Nancy Drew was my hero.


Susan: They would say I’m really mean as I keep putting them in dangerous situations that look like there is no way out. LOL I wouldn’t very much appreciate anyone doing that to me. They’d also say, though, at the other extreme, when they find themselves in emotional situations that make them cry, that I can empathize and I cry along with them.


Carrie: At least you do empathize with the pain you cause them LOL


Q: Kill Shot is the second book in your White Knights series about an FBI special task force team. What inspired this series, and what kind of research did you do to create this team?


Susan: This series idea originated during the six weeks I spent with the agents at the FBI citizen’s academy when I saw the agent’s incredible hearts for helping others. I also saw how that heart for others motivated them and also how it took a toll on them. When things turn ugly and law enforcement professionals can no longer control the situation, making them unable to provide the help needed, they take it harder than most people.

I thought about how a group of agents on a special team that deploys to particularly difficult situations might behave if they couldn’t provide the help they wanted. Then I wondered how being a Christian might impact their actions and knew I had to put their faith to a test. To challenge these agents, I had to find really BIG problems that they couldn’t simply use their tremendous skills and abilities to solve on their own. I wanted them to realize they couldn’t rely on their own strength and training, but must turn to God and each other for help, only then could they succeed on the job and in life.

As far as research, the best research was attending the FBI academy, which included getting to shoot guns with the agents, put on a bomb suit, disarm a bomb, and blow things up with them, too. Such fun! But then each book has taken a great deal of research on the topic that is explored. For Fatal Mistake, I had to learn a lot about bombs. How they are made. Where you can get parts. The result from detonating one and how to analyze the debris left behind. For Kill Shot, I had to research self-guided bullets, which was quite a challenge as they are still in the development stage and not a lot of information is available. This is very scary cutting-edge technology, and when I read about bullets that are guided so anyone could instantly become a sniper, I just had to write a book about it. Fortunately, I have a friend who is a former law enforcement officer and firearms expert so he helped me understand what I was reading and how to frame it in a way that the reader could understand.

Carrie: First i have to say how incredibly jealous I am that you’ve been to the FBI Citizen’s Academy. I so badly want to go someday! Second, you are totally the person I want with me in an emergency haha!


Q: Ballistics & weapons expert Rick Cannon & therapist Olivia Dobbs have instant attraction but the danger to Olivia’s life takes priority. Between Rick and Olivia, which character gave you the most difficulty?


Susan: I’d have to say Rick was the biggest challenge as he is the silent type, not liking to talk much. So as a writer, having a character who doesn’t want to share much can be a challenge. I did find myself writing dialogue for him and then having to take it out because he wouldn’t have spoken.


Q: What do you most want readers to take away from Kill Shot?

Susan: We all tell ourselves lies about something. Things like saying you can’t do something. You’re too tall. Too short. Too fat. Too thin. Too dumb. Not qualified, and on and on. And as long as you hold onto these lies, you can’t have the best that God wants for you because you set limitations on your life. So I want readers to see Rick let go of his lies and embrace all that God has in store for him and maybe the reader can see their lies and let them go, too.

Susan: I’m working on two series right now. One is called McKade Law and is published by Love Inspired Suspense. This focuses on a family of law enforcement officers in Texas and the next book, Rodeo Standoff releases in May. The other project I am working on is a series called Cold Harbor. This is an indie published series that has been really well received by readers. I just finished book three, Cold Fury and it will release in March. I am currently plotting book four, Cold Case. This series features, Blackwell Tactical – a law enforcement training, investigative and protection services agency made up of former military and law enforcement heroes whose injuries keep them from the line of duty. When trouble strikes, there’s no better team to have on your side, and they would give everything, even their lives, to protect innocents.

Susan Sleeman is giving away a copy of Kill Shot to THREE of my readers! (US only) That’s right – THREE copies are up for grabs! This giveaway is subject to Reading Is My SuperPower’s giveaway policies which can be found here. Enter via the Rafflecopter form below.


What about you? Would you like to go through the FBI Academy too? What would be your favorite part?