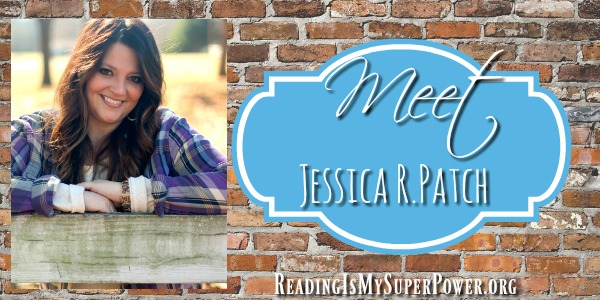 Any day that I get to chat with this lady is a good day!

Jessica R. Patch writes inspirational contemporary romance and romantic suspense. She is the author of the Seasons of Hope series and several Love Inspired Suspense novels including, Fatal Reunion, Protective Duty, Concealed Identity, Final Verdict, and the Security Specialists series. When she’s not hunched over her laptop, you can find her spending time with her family and collecting recipes to amazing dishes she’ll probably never cook. Jessica is represented by Rachel Kent of Books & Such Literary Management. 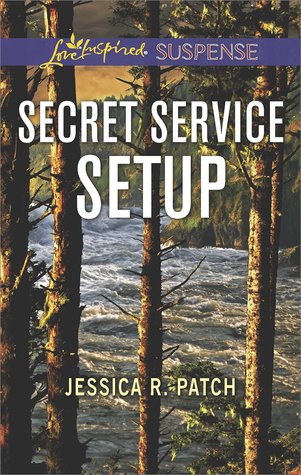 A federal agent in the crosshairs

Can The Security Specialists protect him?

Secret Service agent Evan Novak becomes the target of multiple hit men when someone puts a two-million-dollar bounty on his head.

Is it the gunrunner he’s tracking…or a traitorous agent?

Framed and wanted, Evan reluctantly accepts protection from bodyguard Jody Gallagher, his former love who lost her Agency career because of him.

But then the bounty is raised to include Jody…

Hi sweet one! Welcome back to the blog! I’m honored to be chatting with you again!


Jessica: I’m thrilled to be here again! I love chatting with you.


Carrie: I always love chatting with you too 🙂


Carrie: I love pink tulips – they make me smile!

Jessica: I can’t even. I’m a walking iTunes so clearly I love music. But right now what’s been on repeat is: Cory Asbury’s Endless Alleluia.


Carrie: ooo i haven’t heard that one – heading to Spotify!


Jessica: I head straight for the inspirational fiction section!

Carrie: If you can find it these days lol


Jessica: They’d say, “She’s definitely dedicated and disciplined to keep up with us every day, but we don’t always love that because she can be terribly cruel to us. But we put up with her because we know we’re getting a HEA and some delicious kisses. And she’s not rigid, so sometimes we get to write the story and have a say. Until the cruel parts and then she basically tells us to ‘get over it; it’s happening’ and we deal.”


Q: Evan and Jody are both protectors by career. But between the two of them, whose personality do you relate to the most?


Jessica: Tough question. Probably Jody because she was raised in a Christian home and while she believes in God, she questions some of the things He does (or doesn’t do). I can relate to wondering why or why not, but as I’ve matured in my relationship, I’ve learned to trust no matter what and that’s what Jody had to learn in the story.

Carrie: It’s a tough journey to get to that point, sometimes, but totally worth it!


Q: What surprised you about the plot or your characters as you wrote their story? Or did you have it all planned out from the beginning?


Jessica: I knew from the beginning what their story was going to be as far as the inner struggle and the reunion romance, but some of the fugitive/running was surprising.


Q: What do you most want readers to take away from Secret Service Setup?

Jessica: I think there are several takeaways but acknowledging that no matter what we’ve done in our past, God is merciful to make us new and give us second and dozens of chances. I think the best way I could show that was through a second chance romance with Jody because it involved overcoming fear and learning to trust again.

Carrie: I love that ♥

Jessica: The last book in the Security Specialists series, Dangerous Obsession releases in June. It’s Wilder’s story, and readers have been asking for it since he was first introduced 3 books ago in Final Verdict! He’s a fave of mine so his story was wonderful to write and hard due to his backstory.

I’m also working on a new Storm Chaser’s series. I finished the content edits on Cold Case Christmas which will release this December and takes place in the middle of a blizzard in a small East Tennessee town.

Carrie: Oooo I can’t wait for both of these!!

Jessica is offering a signed copy of Secret Service Setup to one of my readers! (US only) This giveaway is subject to Reading Is My SuperPower’s giveaway policies which can be found here. Enter via the Rafflecopter form below.