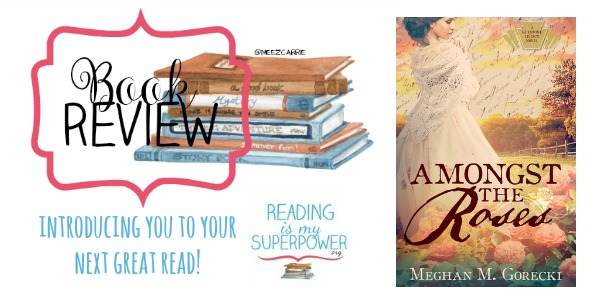 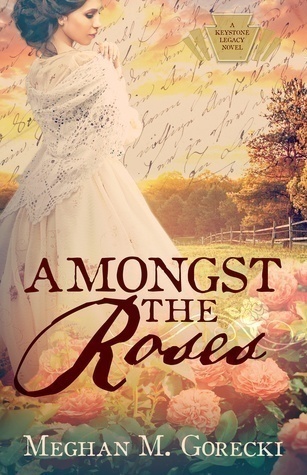 The War Between the States shakes Margaret Bryant out of her comfortable upper-class life when her father enlists in the Army of the Potomac. Despite being safely ensconced above the Mason-Dixon Line in Chambersburg, Pennsylvania, Margaret finds her strength tested by opposition from familiar faces and Confederate threats. Will she let a young man from a lesser station into her heart even as war rages ever nearer to the home front?

Restless Connor Doyle sees the war as a way to escape from his family’s farm and his identity as a poor Irishman’s son. His brother, Adam, torn between duty to country and his family, enlists alongside Connor. Adam dares to hope in a future with Margaret when he begins a courtship correspondence from the war front. The two brothers make a vow to protect one another at all costs, but when faced with death and destruction from all sides—will they be able to uphold it?

“The only reason I sleep passably well at night is that I know God is still on His throne.” 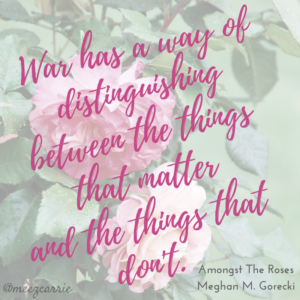 Amongst the Roses is set during one of my favorite historical eras to read & to learn about – the Civil War. There is something about the dynamics of a country at war with itself, as well as the passion to free the enslaved, that captures my heart. Such deep stories of conflict and loss and spirit – there are so easy escapes in this era, much like WW2 (another fave era of mine to read) Rather, there are moments upon moments of having to choose between what is ordered and what is humane, between what is safe and what is right, between what is legal and what is Godly. Between what you’re told to do and what your heart demands.

Meghan Gorecki brings these internal conflicts to life in Amongst the Roses, courtesy of the Doyles and the Bryants. Two families who are dear friends but on opposite ends of the social spectrum – a family of farmers vs. high society. Yet, despite the social divide, they remain close. A closeness which will take on new dimension and layers as the war intrudes so rudely on their lives.

Bottom Line: I’m not gonna lie. This book is not a light read; it hit me in all the feels. Grief is no respecter of persons, and Gorecki traces the same lines. In fact, some of it hits you like a Minié ball in the gut. I’m still reeling from the ending. But tucked away in the pages is also a story of faith, of love, of true friendship and great courage. While some of the book gets a little bogged down and some of the motives aren’t always clear, this is the first book in what promises to be an epic historical series and I know in the end it will all come together. Gorecki pours her love of history and these characters into her novel, and it’s clear in the way she crafts their journey.

My Rating: 4 stars / Buckle up for the ending!! 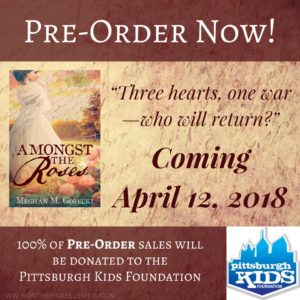 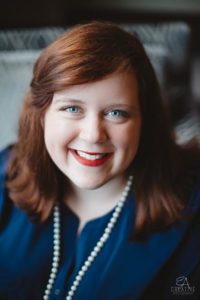 Meghan M. Gorecki is an author of inspirational fiction about what God can make beautiful from the ashes of history, and hearts. A lover and avid studier of people, times gone by, and fiction, she has been writing since childhood and now houses her books under Northern Belle Publishing. Coffee and red lipstick color her days as a redhead from a box, alongside her treasured tribe of family and friends in her beloved hometown of Pittsburgh, Pennsylvania.

Other Books by Meghan M. Gorecki 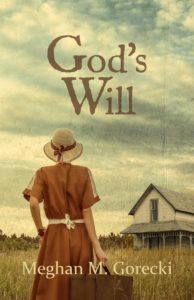 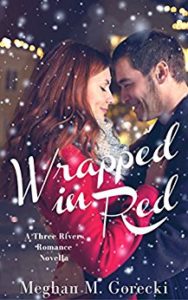 What about you? What’s one of your favorite historical eras to read about?

10 responses to “Book Review: Amongst the Roses by Meghan M. Gorecki”