Welcome to the Journey to Pleasant Prairie series blitz tour, hosted by JustRead Publicity Tours! Throughout the week, you will see excerpts and spotlights from each individual book, as well as information on the first book in Jan’s new Civil-War era series!

About the Journey to Pleasant Prairie Series
Goodreads | Amazon

Hannah Yoder loves her quiet life on the banks of the Conestoga Creek. In 1842, this corner of Lancaster County is settled and peaceful–yet problems lurk beneath the placid façade. Hannah’s father worries about the spread of liberal ideas from their Mennonite and Brethren neighbors. And Hannah blames herself for a tragedy that struck their home nine years ago. She strives to be the one person who can bind the threads of her family together in spite of her mother’s ongoing depression and her sister’s rejection of their family. But her world is threatening to unravel.

When two young men seek her hand in marriage–one offering the home she craves and the other promising the adventure of following God’s call west–Hannah must make a choice. Faithfully perform her duties to her family? Or defy her father and abandon her community?

Mattie Schrock is no stranger to uprooting her life. Even as her father relocated her family from one Amish community to the next, she always managed to find a footing in their new homes. Now as the Schrock family plans to move west from Somerset County to a fledgling Amish settlement in Indiana, she looks forward to connecting with old friends who will be joining them from another Pennsylvania community–friends like Jacob Yoder, who has always held a special place in her heart.

Since Mattie last saw Jacob, they’ve both grown into different people with different dreams. Jacob yearns to settle down, but Mattie can’t help but dream of what may lie over the western horizon. When a handsome Englisher tempts her to leave the Amish behind to search for adventure in the West, will her pledge to Jacob be the anchor that holds her secure?

Despite growing pains in her 1846 Amish community in Indiana, Naomi Schrock has settled into a comfortable life in her parents’ home with her adopted son, Davey. Surrounded by family and friends, she tries not to think about the fact that she’s not at the top of any man’s list of potential wives. Yet when Cap Stoltzfus moves into the area and befriends Davey, Naomi finds herself caught between the plans she has made for her future and the tantalizing thought that Cap might be part of a life she never dared to hope for.

When a couple shows up claiming to be Davey’s true family, Naomi and Cap must unite to make the decision that will determine the boy’s future as well as their own. How can she relinquish him to these unknown relatives? And can God somehow bring wholeness to her heart?

And stay tuned for Jan Drexler’s new The Amish of Weaver’s Creek series, beginning with The Sound of Distant Thunder in September 2018! Check out the official cover reveal on April 13th as part of this tour!

Katie Stuckey and Jonas Weaver are both romantics. Seventeen-year-old Katie is starry-eyed, in love with the idea of being in love, and does not want to wait to marry Jonas until she is eighteen, despite her parents’ insistence. So much can happen in a year. Twenty-year-old Jonas is taken in by the romance of soldiering, especially in defense of anti-slavery, even though he knows war is at odds with the teachings of the church. When his married brother’s name comes up in the draft list, he volunteers to take his brother’s place. But can the commitment Katie and Jonas have made to each other survive the separation?

From the talented pen of Jan Drexler comes this brand new Amish series set against the backdrop of the Civil War. She puts her characters to the test as they struggle to reconcile their convictions and desires while the national conflict threatens to undermine and engulf their community.

Jan grew up surrounded by books and storytellers. With Pastors and Teachers populating both sides of her extended family, we aren’t surprised that she wanted to be a first-class storyteller herself.

Born and raised in Michigan, Jan is the descendant of Amish, Mennonite and Brethren immigrants who settled in Berks, Somerset and Lancaster Counties in Pennsylvania in the mid-1700’s. The descendants of these immigrants pioneered in Maryland, Ohio, and finally Elkhart and LaGrange Counties in Northern Indiana in the 1850’s.

During the years when Jan was raising and homeschooling their children, she and her husband moved nine times in thirty years, finally landing in South Dakota where they enjoy incredibly Michigan-like weather. A northerner is always a northerner!

The ideas for Jan’s books come from the stories told by her parents and grandparents, seasoned with a lot of research and imagination.

Jan Drexler is giving away a $25 Amazon gift card to one winner! Open internationally, as long as winner can accept egift card from US Amazon. Void where prohibited by law. Enter via the Rafflecopter giveaway below. Giveaway is subject to the policies found here.

36 responses to “Series Blitz (and a Giveaway!): Journey to Pleasant Prairie by Jan Drexler” 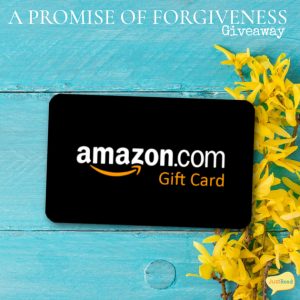 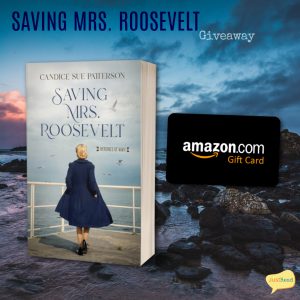 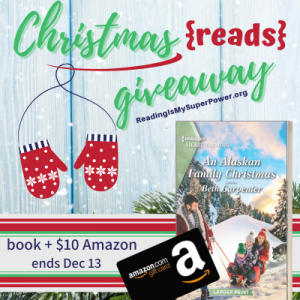