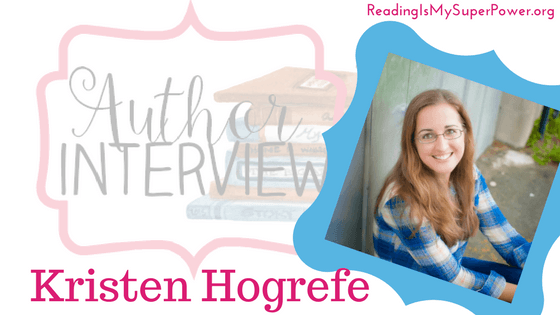 As part of the Celebrate Lit tour for The Revolutionary, please join me in welcoming Kristen Hogrefe to the blog today!

Kristen Hogrefe is a multi-published novelist and teacher who challenges young adults and the young at heart to think truthfully and live daringly.

Her publishing journey began in 2010 with the first book in her young adult (YA) suspense trilogy Wings of the Dawn. She completed the trilogy in the fall of 2014, and in 2016, contracted with Write Integrity Press for a new YA dystopian trilogy: The Rogues.

Kristen also has the heart of an educator and mentor. She teaches secondary language arts for Alpha Omega Academy and served in youth ministry for many years. Through Word Weavers International, she encourages aspiring writers and acts as president for an online writing group. She enjoys speaking events that allow her to connect with readers and other writers. 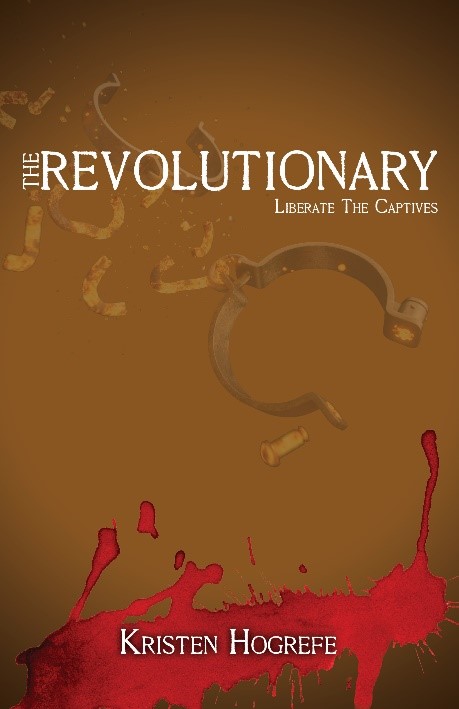 Freedom costs more than Portia wants to pay, but revolutions run on sacrifice … and blood.

Three months a satellite prisoner, Portia wonders if the Brotherhood has left her to die—until she plunges into the domain of an underground smuggler contacted by her brother. But her rescue comes with a price tag only she can pay, and now, she must forfeit her identity to act as a spy back in the dizzying politics of Crystal. There, she learns that her enemies want the Dome to approve mass satellite executions. No one knows why. Worse, they’re using her friend Luther, now a Court Citizen intern, to sign the short-term orders. She desperately wants to confide in Luther, but can she still trust him with the company he keeps?

Plagued by shadows and guilt for leaving her protector Gath behind on the satellite, Portia must find a way not only to rescue him and the other prisoners, but also to destroy the slave camps once and for all.

Hi Kristen! Welcome to the blog!

Kristen: I like both, but since I’m a Florida girl at heart, I’d have to say oranges.

Kristen: Definitely summer, because sunshine is part of my DNA and I hate running on the treadmill when the weather is cold.


Carrie: Treadmill running is boring, i will grant you that lol.

Kristen: Cats. My kitty’s name is Ness, which works well with all facets of his personality … SweetNess, NaughtiNess, SilliNess, etc.


Carrie: awww ♥ I am a dog person through-and-through but that’s adorable!

Kristen: I like to sip hot coffee during my morning quiet time, and an afternoon tea helps give me a second wind when I’m working and writing.

Carrie: I don’t think – at 40 years old – that I will ever feel grownup until I develop a taste for either of those lol

Kristen: If I could have a superpower, it would be to achieve the results of 8 hours’ sleep in four. That would really help with deadlines!

Carrie: Oh! Wouldn’t that be marvelous?!?


Kristen: I adored Nancy Drew, and every time I visited the library, would check out at least one from her series. I think The Mystery of Lilac Inn was my favorite.

Kristen: My favorite space to write is my couch. I come prepared with my laptop, coffee, water, and a squirt gun. The coffee and water are for me. The squirt gun is for my kitten who thinks pouncing on my laptop is his mission in life. I have to remind him that there is a time for play and a time for work.

Carrie: LOL i’m so glad you explained the squirt gun. That one gave me pause lol.


Q: Describe your main characters, and tell me who you would cast in their roles if Hollywood wanted to produce The Revolutionary as a movie!

Carrie: confession – i had to look up every one of those actors. Does that mean I’m old? LOL


Q: What surprised you about The Revolutionary or your characters as you wrote their story?


Kristen: Gath’s story surprised me. I knew I wanted to round his character in book two, but his redemptive story took on a life of its own. I hope you love it as much as I do.

Carrie: Redemptive stories are my favorite!


Q: What do you most want readers to take away from The Revolutionary?

Kristen: I want readers to connect with the characters, and through their stories, find hope and the possibility of their own second chances.

Kristen: Up next is the final installment of The Rogues trilogy. I can’t wait to share it with you soon! 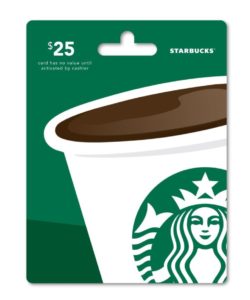 To celebrate her tour, Kristen is giving away a grand prize of a $25 Starbucks Gift Card!!

This giveaway is hosted by Celebrate Lit, not RimSP. Please see the giveaway widget for terms.
Follow along with the tour for more chances to win!

14 responses to “Author Interview (and a Giveaway!): Kristen Hogrefe & The Revolutionary”